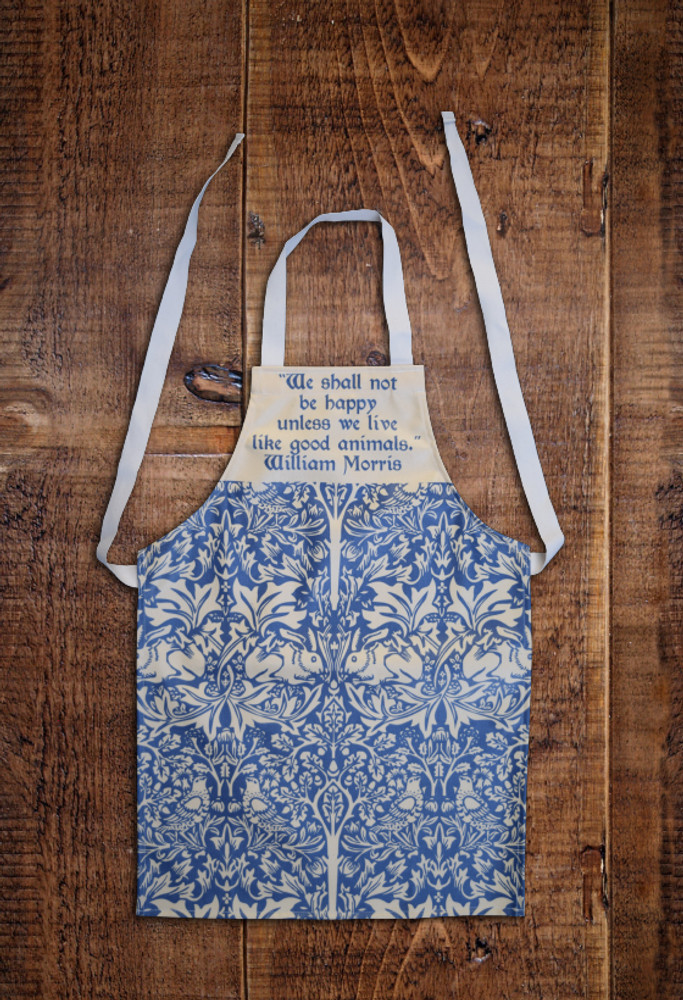 ‘We shall not happy unless we live like good animals.’

We know kids can get a little wild sometimes, so this apron is made in tough oilcloth, capable of withstanding the messiest of environments! This gift is inspired by William Morris's famous Brer Rabbit design, taken from a 17th century Italian silk. It was named after the Uncle Remus children's books, a collection of animal stories, songs and folklore which Morris read to his daughters, Jenny and May. As a great environmentalist, and his thoughts chime well with the concerns of today's younger generation especially.

His environmentalism wasn’t his only activism however – as well as being known as the 19th century's most celebrated textile designer, responsible for the some of the most recognisable textile patterns from the century, Morris was also an ardent socialist, a radical who refused to follow the consensus. Disillusioned by the Victorian era's focus on dehumanising industrial systems that produced poor-quality, 'unnatural' objects, Morris championed a principle of handmade production, establishing the British Arts and Crafts Movement. His increasing awareness of the deep divisions in contemporary society led him to turn to socialism, and in 1884 he helped set up a new group called the Socialist League, making frequent street-corner speeches and using his fame and artwork to further these objectives. So, go on ­– add to basket (we brer you.)