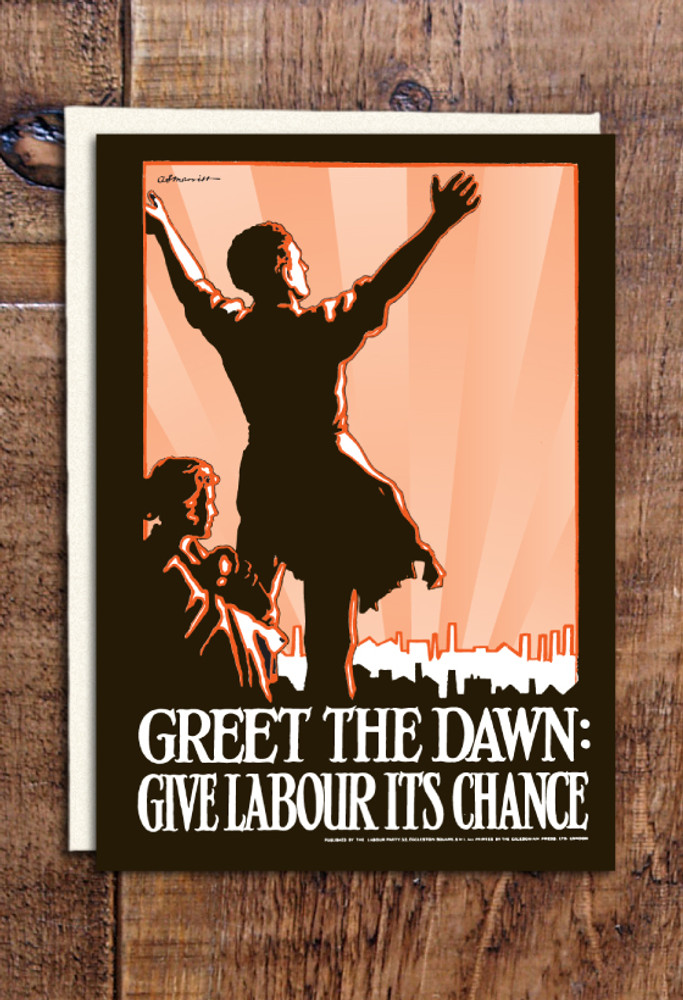 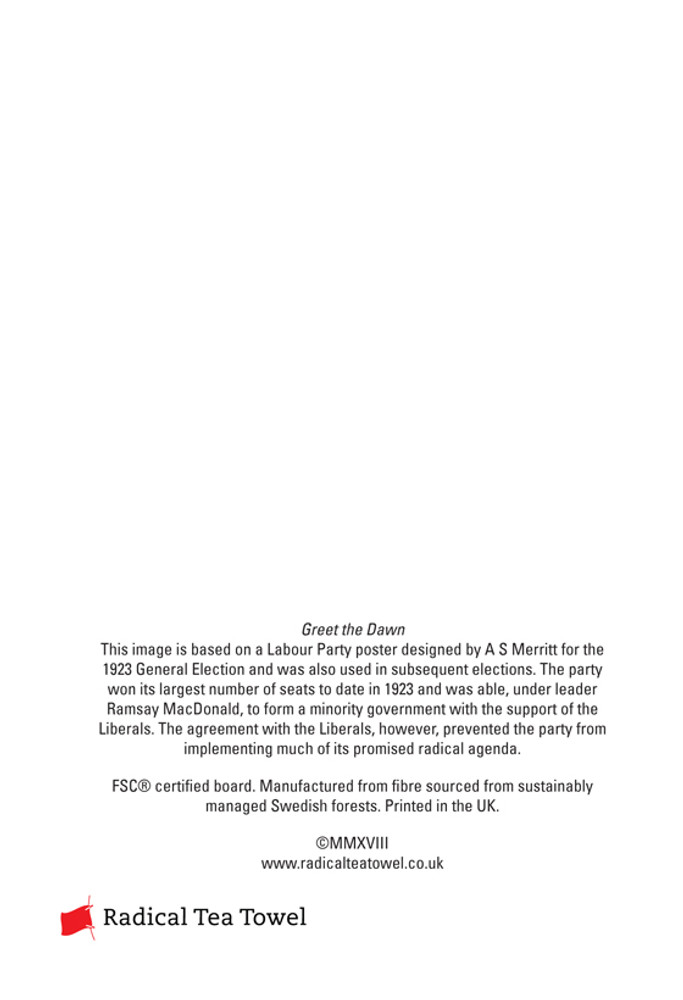 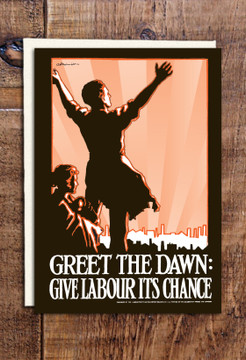 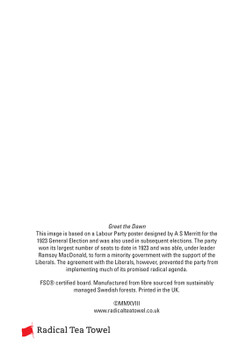 Pack of eight greeting cards (blank inside for your own message) with 'white hammer' envelopes.

These political greetings cards are based on a vintage poster design created by the Labour Party for the 1923 General Election. It requested, ‘Give Labour its chance!’, and the people listened – at 191, the election saw Labour win a record number of seats. Although this was less than the Conservatives 258, it enables Labour to form a minority government with the support of the Liberal Party’s 159 seats. There was a feeling of a radical new dawn approaching, but unfortunately, the sun never quite rose: the agreement with the Liberals prevented the party from implementing much of its promised agenda. Today, with the modern Labour Party and its leader Jeremy Corbyn similarly wishing for a chance to institute radical change, the design remains relevant. What better the way to ‘Greet the Dawn’ than with actual greetings cards?