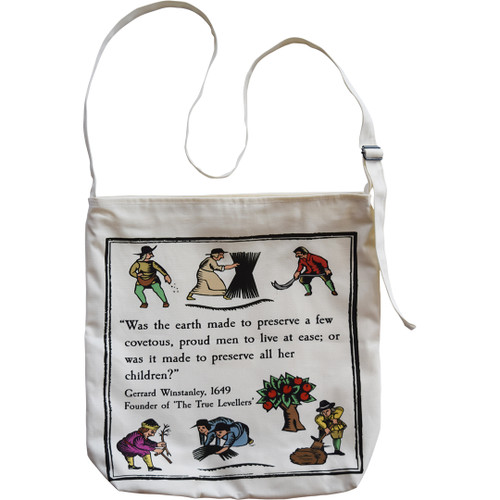 This crossbody bag features a quote from Gerrard Winstanley, an English Protestant, religious reformer, political activist and one of the founders of this group.