We've teamed up with Bloomsbury Publishing to create a brilliant autumn giveaway! The winner will receive a copy of Ken Krimstein's new graphic biography The Three Escapes of Hannah Arendt, a signed and framed print from the book, as well as a set of four anti-totalitarian tea towels (George Orwell, Martin Niemoller, Rosa Luxemburg and Zygmunt Bauman). Four runners-up will receive a copy of the book and a George Orwell tea towel!

You can enter the giveaway above. You get two entries for joining the Radical Tea Towel e-mail list (with horizon-widening emails about radical history, from escaped slaves to the Paris Commune, the fight for democracy to the fall of Empire), and one entry for following us on Twitter (you can still enter if you're already one of our fans!).

About The Three Escapes of Hannah Arendt by Ken Krimstein

A hero of political thought, the largely unsung and often misunderstood Hannah Arendt is perhaps best known for her landmark book, The Origins of Totalitarianism.

Arendt led an extraordinary life. Having endured Nazi persecution firsthand, she fled across Europe, coming to live in a world inhabited by such luminaries as Marc Chagall, Marlene Dietrich, Albert Einstein and Sigmund Freud. She ultimately sacrificed her unique genius for philosophy and her love of a much-compromised man – the philosopher and Nazi-sympathiser Martin Heidegger – for what she called 'love of the world'.

Strikingly illustrated, this compassionate and timely biography illuminates the life of a complex, controversial, deeply flawed yet irrefutably courageous woman whose experiences and writings shine a light on how to live as an individual and a public citizen in troubled times.

These four philosophers and writers all opposed the fascism from which Hannah Arendt escaped, and we're proud to have them among our tea towel designs! 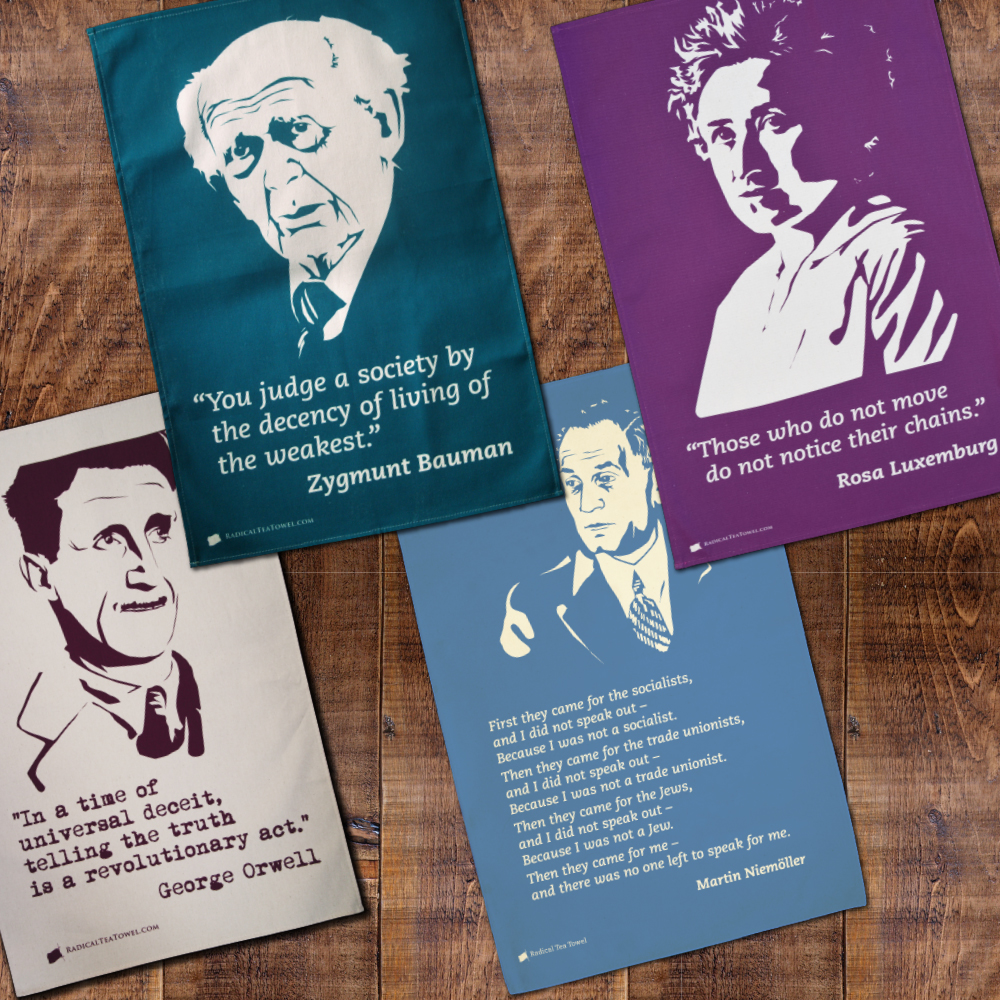