(and thousands more in the US too!)

Over the winter we managed to bring some comfort to our regular causes, the People's History Museum, the Orgreave Truth & Justice campaign, CND, the Mary Seacole Trust, and Refugee Action. In addition, we gave help to arts education via our Battle of Cable Street products.

In January 2021 we extended our yearly donations from tea towel sales to include the Mary Seacole Trust & CND (see our Regular Donations section to find out more). And we also decided to make our biggest single donation to date, unrelated to sales…

One morning in the New Year we heard that the People’s History Museum in Manchester, a simply fantastic place to learn about radical history and a regular Radical Tea Towel customer, was threatened with closure as a result of the lack of footfall during lockdown. We couldn’t stand idly by and let this happen! So we committed to make a donation of £10,000 to their crowdfunding campaign. This helped them surpass their target by a long way. But we can’t take all the credit; it’s through your generosity and support, as our valued customers, that this was made possible. 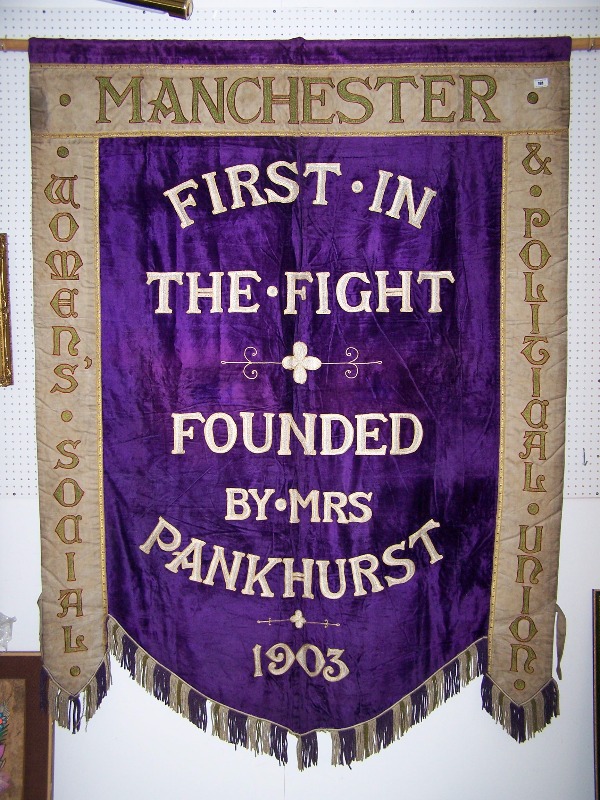 In March we gave £1,000 to Cronfa Glyndwr, a Welsh charity which supports community efforts to help children improve their Welsh language skills within the education system. Luke, Tim and Bea, the founders of Radical Tea Towel, are all Welsh speakers and have lived in Wales for many years. The Welsh language is very close to all our hearts and we want to see children thriving in the language.

We don't think anyone in our community should ever have to face going hungry. That's why in March we also gave £5000 from the sale of our face masks to our local food bank in Abergavenny which relies on the support of the local community and businesses like ours. The food bank provides three days' nutritionally balanced emergency food and support to local people who are referred to them in crisis.

In September 2020, in response to the unprecedented Covid 19 crisis and the huge increase in those struggling to pay their bills and feed their families, we're really proud to announce that Radical Tea Towel donated £10,552 to the Trussell Trust food bank charity. This comes in addition to £1,000 we donated in April this year and further donations of 600 cloth face masks to 15 other local and national charities working in the community with vulnerable groups. This was funded entirely by our sales of cloth face masks so our thanks go to our generous customers without whom this would not have been possible. 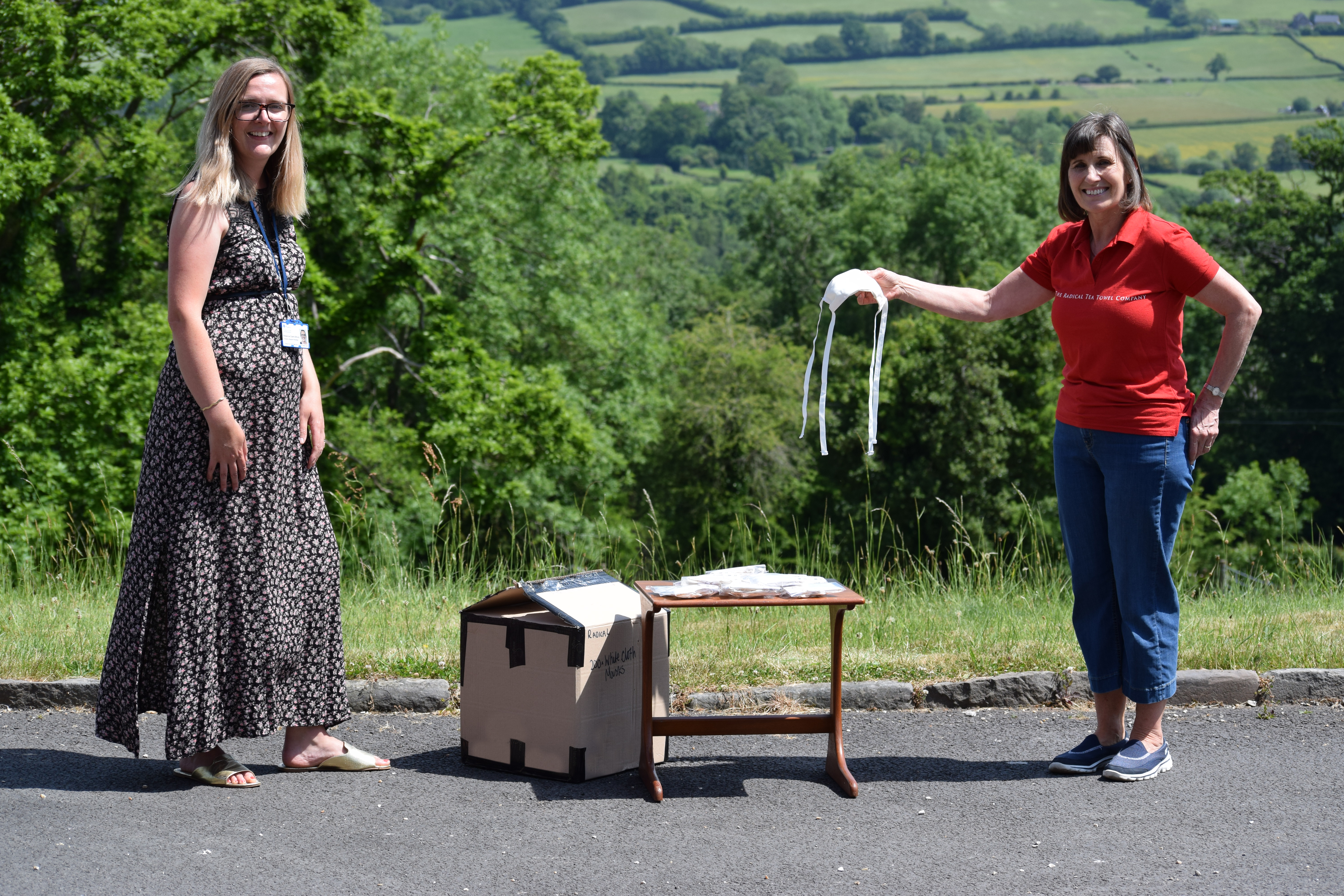 Bea giving a box of white masks to Becci, who works for Mind Cymru.

Additionally, donations of $2,800 have been made in the US this year to food bank organizations. You can read more on our US Good Causes page.

We knew 2017 was just the beginning. How could we stop? Your enthusiasm and engagement was overwhelming. So when 2018 came around, we decided to match your passion, doubling the pot to £2000. Again, we asked for nominations, and again, you voted for your values. We’re proud to have been able to contribute to these five excellent causes: 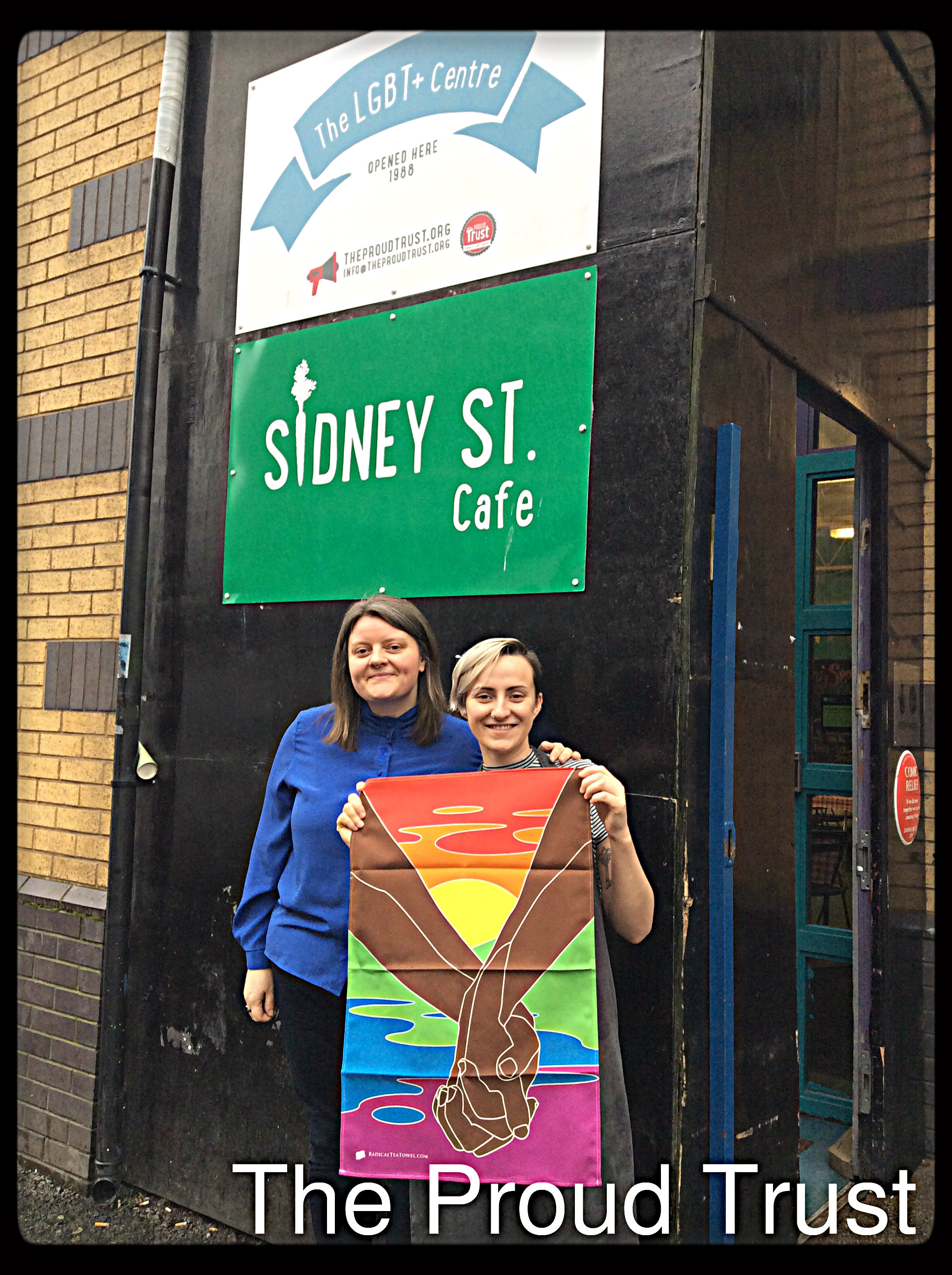 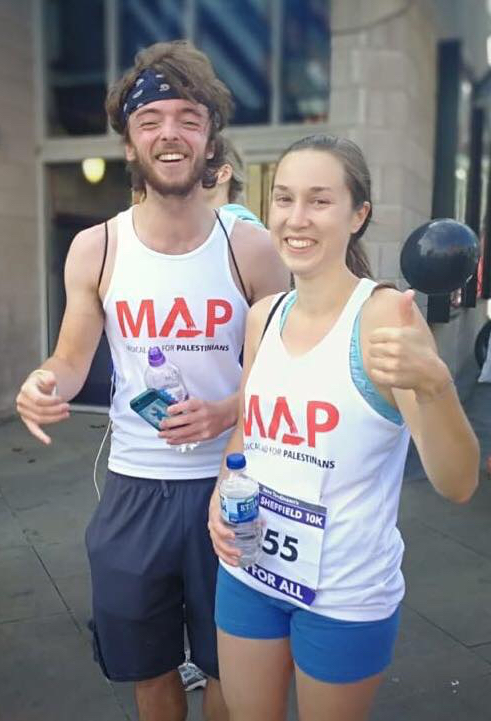 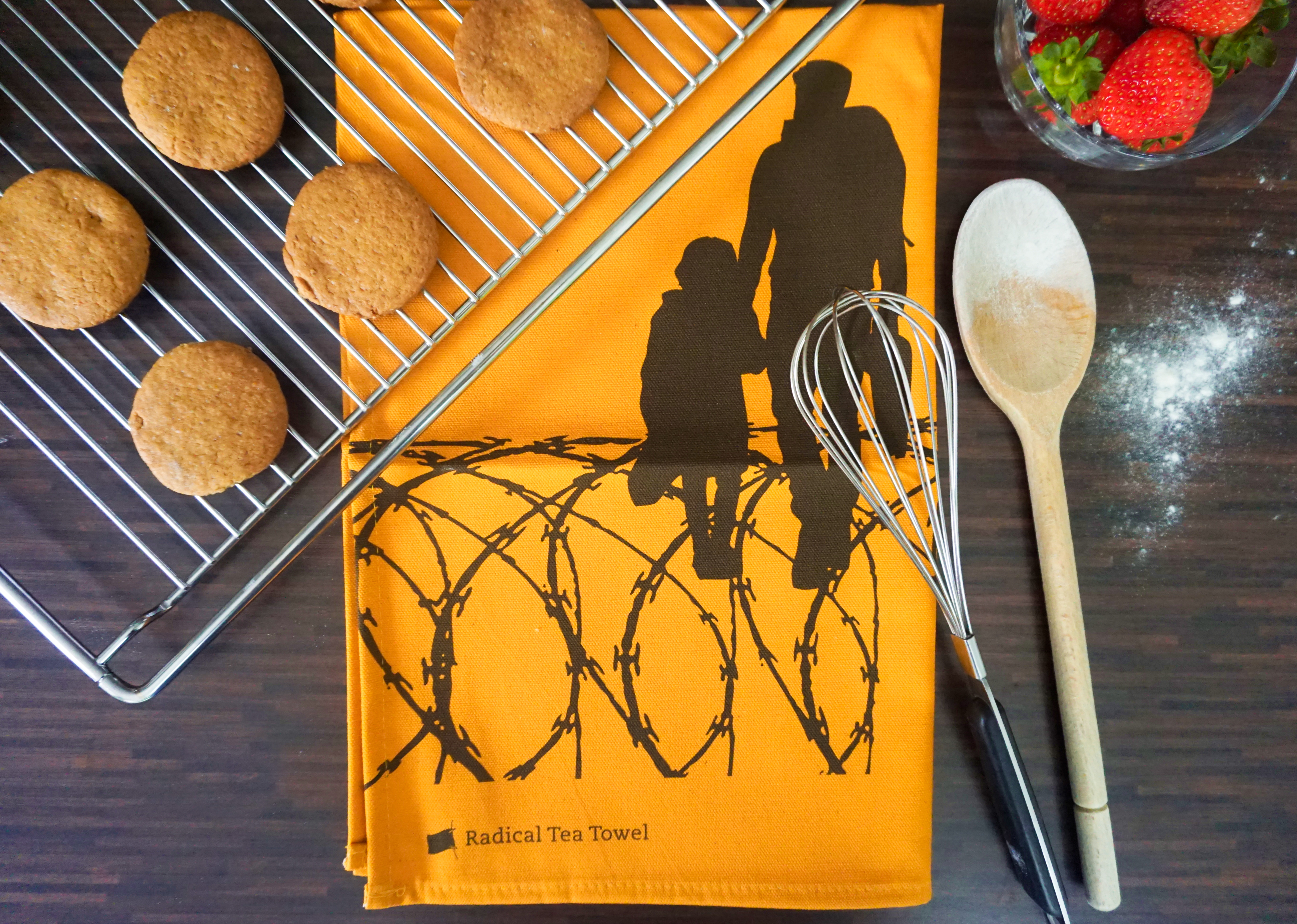 So far, you’ve managed to raise well over £1,000 for Refugee Action. 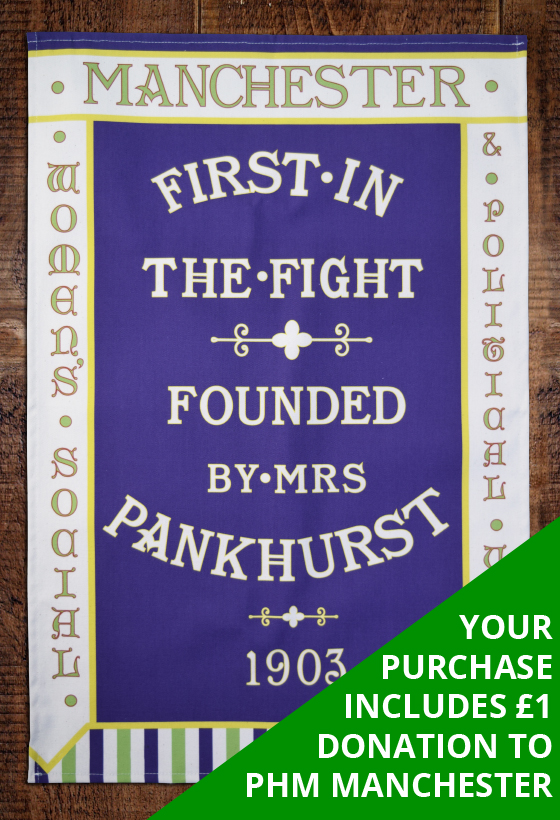 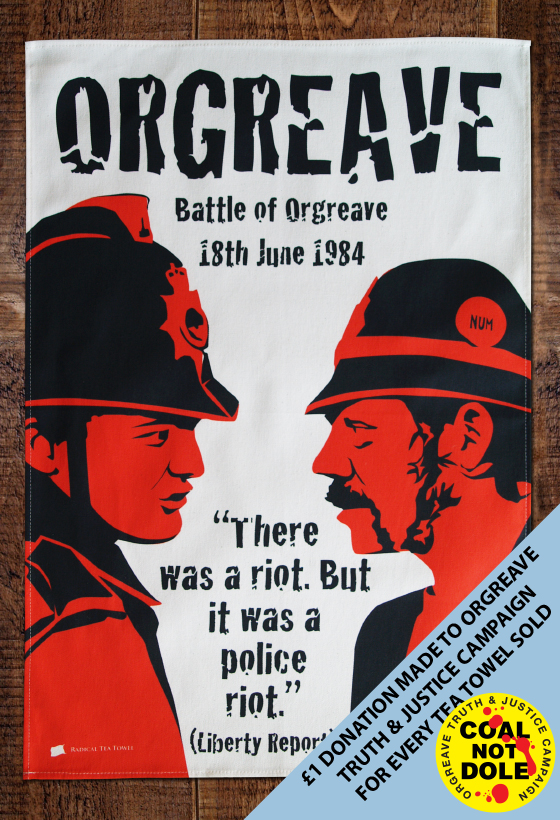 Mary Seacole was a nurse who overcame racism within the establishment to go to the Crimean War battlefields. She represents compassion, bravery, entrepreneurialism and sheer determination but her story was hidden from history for 100 years. 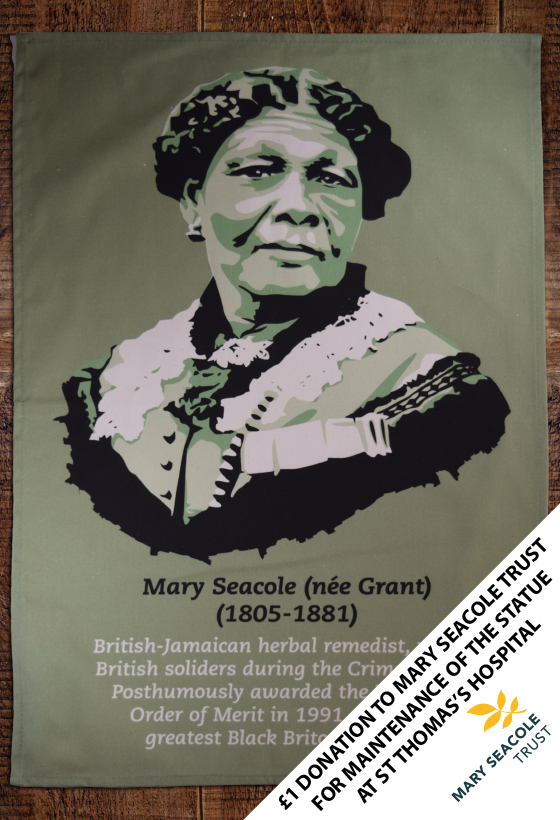 Thanks to a determined public fundraising campaign by the trust, a statue of Mary, the first bronze statue of a named black woman in the UK, was erected in London in June 2016. The Mary Seacole Trust works not only to maintain this beautiful memorial but seeks to raise awareness of the important contributions to our society over centuries made by black and ethnic minorities. 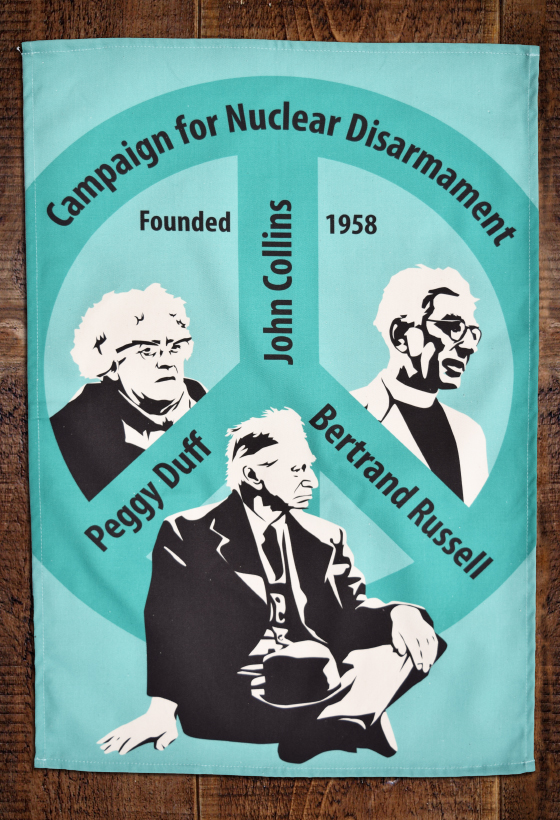 We’ve been able to make our products go even further by donating them so that they can be sold or auctioned in order to raise money for a good cause. Recent stock donations include giving to the blood cancer charity Anthony Nolan and Emmaus Medway, a homeless charity. We also regularly donate items to a refugee support organisation in the Cardiff area.

So, if you’ve bought one of our products through these initiatives, we’re really grateful. You may not have known it at the time, but you were part of something bigger: part of our shared values, our shared contributions, our shared humanity. And together, we’ve raised more than £3,350 through these!

That’s the story so far, and once again we thank you for helping us write it. Now, with the unprecedented difficulties we are facing this year as a result of the coronavirus it is even more important that we continue to do what we can to alleviate the suffering of others. This will no doubt be our priority for the year ahead and our giveaway choices for 2021.