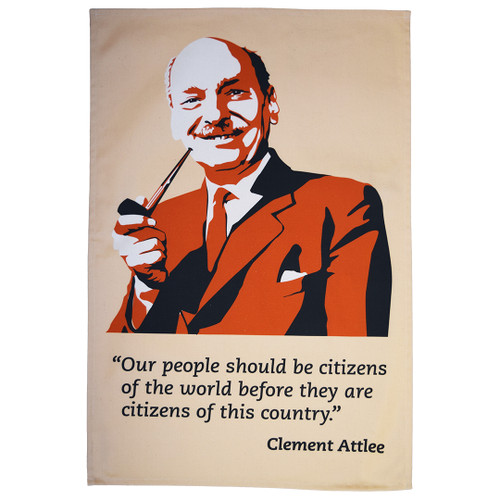 What does it mean to be a global citizen? It means to be aware of our fellow humans and wider world, to be responsible to our planet, and to be active in the shared local and global community. It means working for a global ‘freedom from want’, for economic rights and a decent life for all, as Clement Attlee, then leader of the Labour Party, did through Churchill and Roosevelt’s Atlantic Charter following the Second World War. He insisted on this being one of the official aims of the war.

Attlee went on to become the Prime Minister of the United Kingdom from 1945 to 1951. ‘Citizenship’ was his key term, where state and individual worked together in the interests of the wider community. And this he did: his administration presided over the successful transition from a wartime economy to peacetime, tackling problems of demobilisation, shortages of foreign currency and adverse debts. It also brought in the NHS and the Welfare State. His ministers did much to transform Britain into a more prosperous and egalitarian society during their time in office with reductions in poverty and a rise in the general economic security of the population.  In 2004, he posthumously won another election: he was voted the most successful British Prime Minister of the 20th century.

But his greatest achievement of all? Making it onto a radical tea towel…