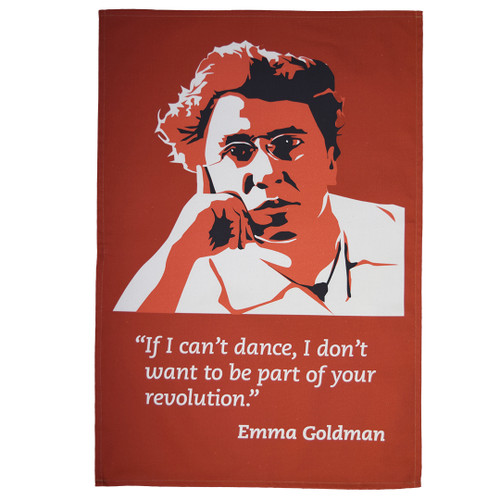 Due to her gender, religion, and poverty, Emma Goldman’s fate seemed to be inescapable: marriage, toil, children, an early death. As a woman, her father told her all she needed to know was how to ‘give a man plenty of children.’ As a Jewish woman in Tsarist Russia, her life was perpetually at risk from violent anti-Semitism. And, as a poor woman, it appeared she had little prospects. But, she did escape: aged 16, Goldman emigrated to the US in the search for freedom.

There, she grew up to be one of history’s best-known anarchists and fiercest feminists. She played a pivotal role in the development of anarchist philosophy in North America and Europe in the first half of the 20th century through her political activism, writing, and speeches. She wrote on capitalism and labour, birth control, LGBT rights, war and freedom of speech – her revolutionary thoughts led to the director of the FBI calling her the ‘most dangerous woman in America.’

The most dangerous woman in the country didn’t lose her humanity though: she loved art, music, and beautiful things. These exact words may not have passed her lips, but we think she would agree with the sentiment entirely!