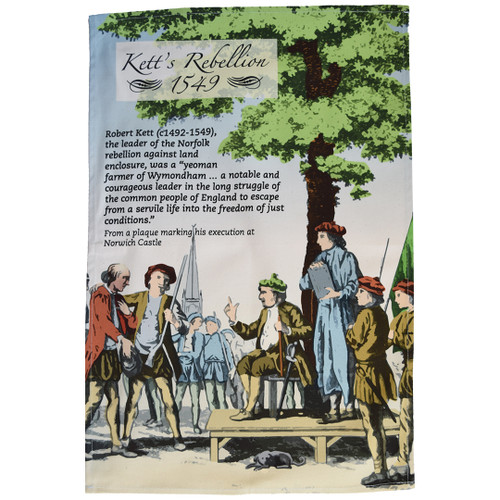 Kett’s rebellion was a revolt in Norfolk during the reign of Edward VI, in the 16th century. The common people were incensed by landlords who enclosed land and deprived them of their traditional farming and grazing rights.

Kett was a yeoman, a servant of the local lord, who instead of resisting the attempts by the peasants to tear down fences, joined them and headed up their rebellion. Kett was captured, held in the Tower of London, tried for treason, and hanged from the walls of Norwich Castle on 7 December 1549.

A plaque at Norwich Castle calls him “a notable and courageous leader in the long struggle of the common people of England to escape from a servile life into the freedom of just conditions.”