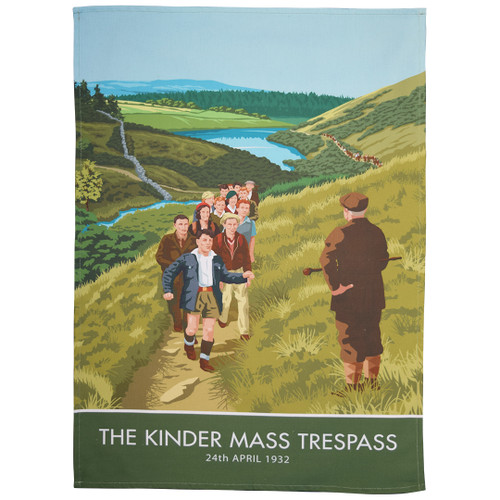 Fight for your right to roam! I On the 24th April, 1932, around 500 walkers, mostly from Manchester, carried out a wilful mass trespass on land on Kinder Scout, a summit in the English Peak District. This area was considered private land, held under the tight grip of the wealthy aristocracy, and these people were protesting the lack of public access to the British countryside.

By 1932, calls for a “right to roam” had been been made for years, but the Trespass was a seminal moment in this struggle about competing freedoms and class. Why should the common man be denied the right to enjoy the beautiful countryside as much as the landowning class could? This is the question the ramblers were demanding answers to.

Although trespass was not then considered a crime, the walkers were stopped by the local police force, and five were even arrested for alleged violence. This caused the pressure for public access to grow even stronger, and arguably, it was the events of this trespass that led to the creation of National Parks in 1949 and the establishment of long-distance footpaths such as the Pennine Way. The ultimate aim to gain unfettered access to open countryside was achieved through the Countryside and Rights of Way Act 2000, a promise in Labour's 1997 election manifesto. You can read more about the Kinder Trespass and its impact on our blog post here!

So, why not unfurl this tea towel the next time you're picnicking and enjoying your right to roam in the great outdoors?

We are indebted to the illustrator Stephen Millership for this gorgeous design.