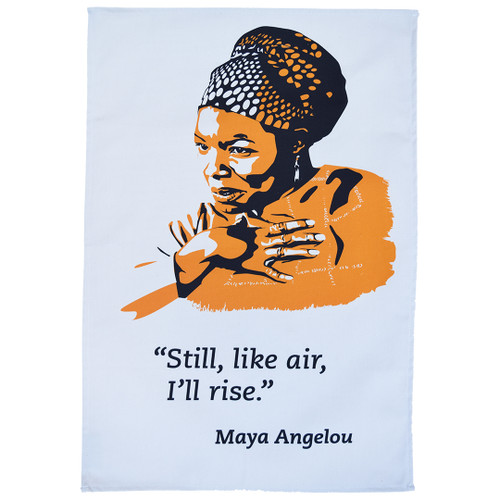 Long before the #MeToo and #TimesUp movements brought sexual assault into the conversation, Maya Angelou wrote in her first book, I Know Why the Caged Bird Sings (1969), about her own experience with sexual trauma, and how her mother’s boyfriend raped her when she was a child. After she testified against him in his trial, he was convicted and imprisoned, and after his release he was beaten to death, a series of events that led her to stop talking for a period. Angelou silenced her voice because she thought her voice was so powerful that it could kill people.

Far from the truth. Angelou’s voice was so powerful that it could make people feel alive, feel heard, feel peace. It was not until 1969, at 41 years of age, that Angelou deployed her voice again, and she soon established it as one of the most important in American literature. She went on to write 30 more books – memoirs, poetry, plays, screenplays, short stories, and cookbooks ­– winning 3 Grammys and receiving 50 honorary degrees in the process.

Her voice spoke to countless readers – especially black Americans and women – who in 1969 were crying out for literature by black authors writing intimately and truthfully about growing up and living in the ‘other’ America. She wrote with honesty about racism growing in the Jim Crow South, rape, her pregnancy at 16, and womanhood.

Angelou was also active in the Civil Rights movement and worked with Martin Luther King Jr. and Malcolm X to obtain justice for her community.

This stunning new design celebrates her and her powerful voice.