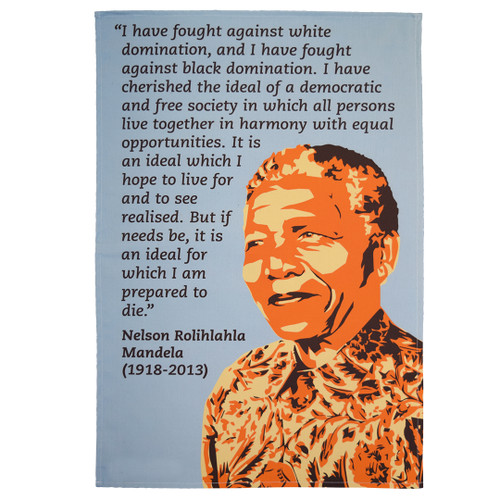 This was part of a three-hour speech Nelson Mandela made on the docks in 1964, before he was sent to Robben Island for life imprisonment. Mandela, a young man in South Africa, was an anti-apartheid activist and the leader of the armed wing of the African National Congress (ANC), and these actions led him to be imprisoned “for conspiring to overthrow the state.”

While he was in prison, photos of him were banned and it was even illegal to quote him in public ­­­– but people from all over the world campaigned for his release. After spending 27 years in jail, Mandela was finally freed in 1990, and he was celebrated as a hero upon his release. His life-long campaign was a success: Apartheid was abolished in 1991 and three years later held its first democratic elections in which Mandela was voted president. While in office, he prioritised reconciliation while introducing policies aimed at combating poverty and inequality.

His dedication to promoting peace, forgiveness, and equality was recognised in 1993, when he was awarded the Nobel Peace Prize. In 2009, his birthday, 18th July, was declared Nelson Mandela International Day by the UN to honour his achievements. We don’t think one day of celebration is enough though ­­– that’s why we’ve created this tea towel! Spread peace and unity every day!