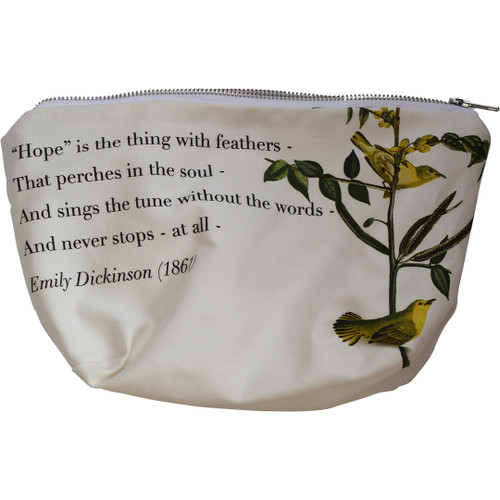 Emily Elizabeth Dickinson (1830-1886) was born in Amherst, Massachusetts. Little recognized during her life, she is now regarded as one of the most important American poets. Dickinson lived most of her life in quiet isolation, and was considered an eccentric by local people. She never married, and, at least later in life, she rarely left her bedroom and took to wearing only white.

So why not celebrate a wonderful poet with our Emily Dickinson wash bag which features her much-anthologised poem '"Hope" is the thing with feathers'. With its sturdy lining it would also make a great pencil case.