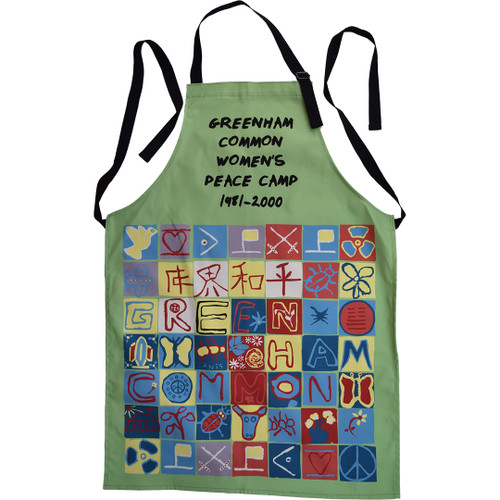 One of history’s longest and most famous feminist protests traces its origins back to August 1981 when a young mother from rural Wales, Ann Pettit, set in train a movement that would change the face of history.

With three other women determined to challenge government policy and the post war status quo, she set out to march to the US airbase at Greenham Common given over to the US military. The Women for Life on Earth march left Cardiff on 27th August to protest against the decision of the  British government to site 96 cruise missiles there. They arrived at Greenham Common on 5th September.

This kicked off a 19-year peace protest against nuclear weapons: the Greenham Common Women's Peace Camp aimed to stop nuclear weapons ever being launched from British soil.

The first blockade of the base occurred in March 1982 with 250 women protesting and 34 arrests. Despite this, the following year the first missiles arrived. This called for escalation. On 1st April 1983 70,000 people formed a 14-mile human chain from the base. Two hundred women dressed as teddy bears entered the base for "a picnic" in defiance of the heavily armed soldiers. In December, protesters encircled the base, holding up mirrors to reflect back the military to themselves. Nappies, toys, wool and ribbons were tied to the fence. The movement received increasing attention, prompting the creation of more than a dozen other peace camps across Britain and the rest of Europe. Hundreds were arrested.

The camp was disbanded in 2000, but its power is not forgotten. This was a women’s only protest, one which weaponised traditional notions of femininity to act against a conventionally male-dominated arena. It remains a symbol of collective protest, feminist power, and radical action for change.

This colourful apron is inspired by a collage peace sign erected next to the control tower at the base.