The late Professor Stephen Hawking, a committed Leftist, often intervened in political debates. His approach to Brexit is an excellent compass for guiding progressives through the post-referendum world.

It’s one of the facts about Stephen Hawking that is least known, but he was a  lifelong socialist, often putting his 160 IQ (equal to his fellow socialist-physicist, Albert Einstein) at the service of progressive causes.

Over the years he made plenty of forays into political discussion – speaking passionately for nuclear disarmament, solidarity with  occupied Palestinians, and the redistribution of wealth. 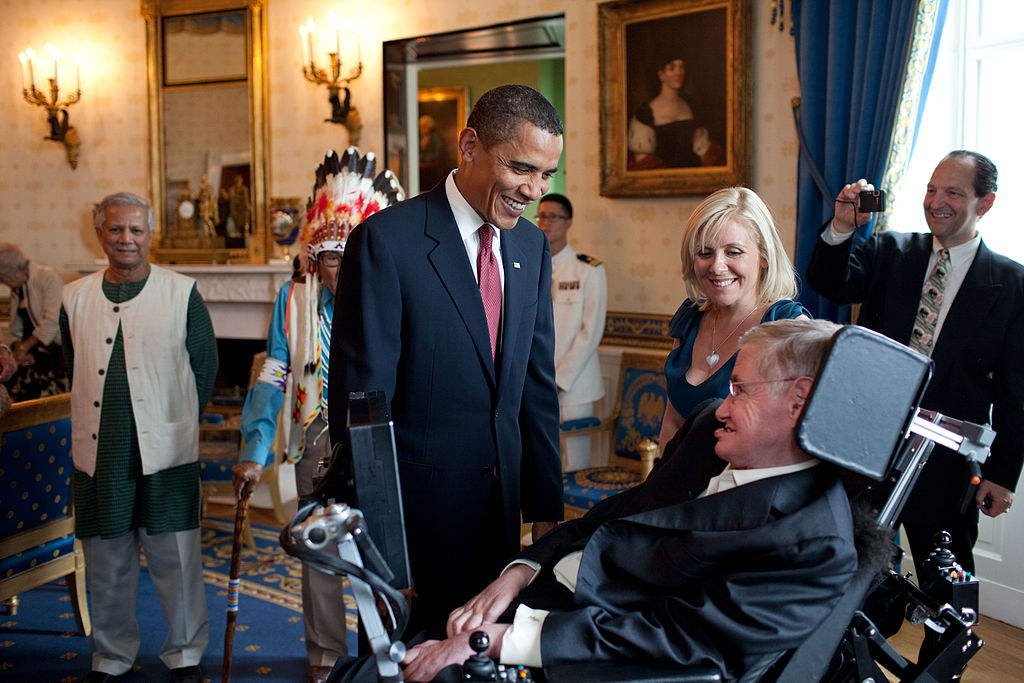 Above: Stephen Hawking with US President Barack Obama at the White House, 2009

He also got involved in the Brexit debate which was so loud and domineering over the last years of his life.


Hawking on Brexit: The Importance of Cooperation

On practical grounds, Hawking had been against Britain leaving the European Union because he feared the impact it might have on research funding for science in the UK.

But his main concern was something more fundamental, more philosophical.

In an  opinion piece for the Guardian written in July 2016, just after the referendum, Hawking took a few paragraphs to ponder the principles of selfishness and non-cooperation which had been waved about so eagerly by some of the less savoury bosses of the Leave campaign. 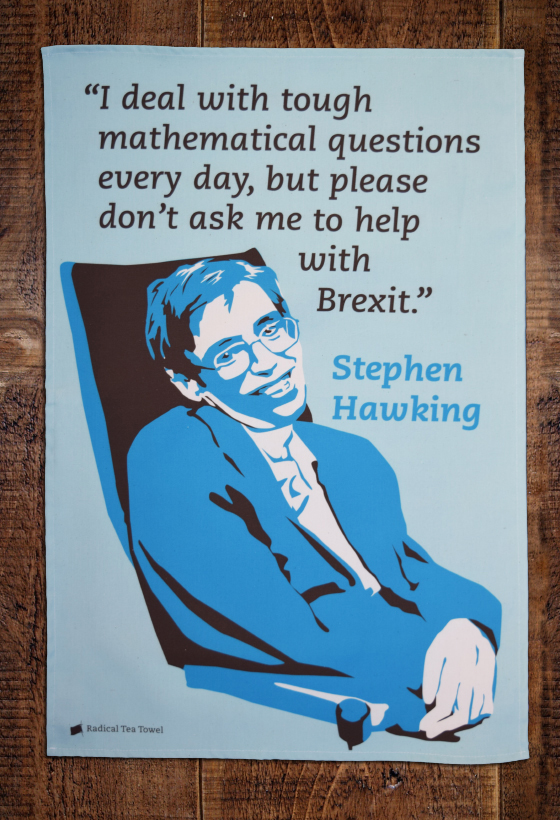 Above: Our design with some of Hawking's other feelings on Brexit

Ever attentive to the big questions, Hawking knew that, whether or not Britain was in the EU, these egoistic attitudes would have to be pushed back to the political fringes if humanity is going to stand a chance when it comes to our main challenges - climate change, sustainable development etc.

These global dilemmas are only going to be solved through fraternity across borders and the practises of cooperation and sharing which it underpins.

Making this argument, Stephen Hawking, with some of his last words in public (he passed away within two years of the Referendum), managed that rare feat of speaking for all progressives on the question of the EU.

Whatever our opinion on the European Union as an organisation, we are all one in rejecting the national chauvinism and selfishness which managed to clear a corner for itself in Leave Campaign rhetoric.


“We can and will succeed”: Hope for the Future

Recalling the oldest of Britain’s socialists traditions, Hawking pointed progressives in the right direction for our post-referendum world: cooperation and sharing with our neighbours in and beyond Europe, to solve together the questions we have no chance of solving alone.

What’s more, Hawking backed us to achieve this world of cooperation in spite of the Boris Johnsons and Nigel Farages who seem determined to go on prattling against it:

“We can and will succeed. Humans are endlessly resourceful, optimistic and adaptable.”

This optimism in humanity and belief in cooperation courses through pretty much all of our Radical Tea Towel characters.

James Keir Hardie held cooperation and commonwealth as a founding principle of British socialism; John Donne, the  17th century poet behind our Europe tea towel, was the lyricist of collectivism; and our many, many characters and designs which touch on the Spanish Civil War struggle against Franco are saturated with internationalism.

Following the late Prof Hawking, we can draw on this moral heritage of cooperative, socialist values to help navigate the shoals of our post-referendum world, and push the tides of selfishness back out to sea.

Read on for more posts on socialism, solidarity, and Radical History