All of us have heard of the 4th of July.

I'd venture many of us also know the 14 th of July - Bastille Day – when the French masses proclaimed ' Liberté, Egalité, et Fraternité' for all the world to hear.

But I imagine the number of people 'in-the-know' dwindles a fair bit when it comes to the 26 th of July.

In Cuba, 26 th July is easily the biggest date on the calendar. This is because it was on 26 th July 1953 that the Cuban Revolution began – a social movement which changed the world. 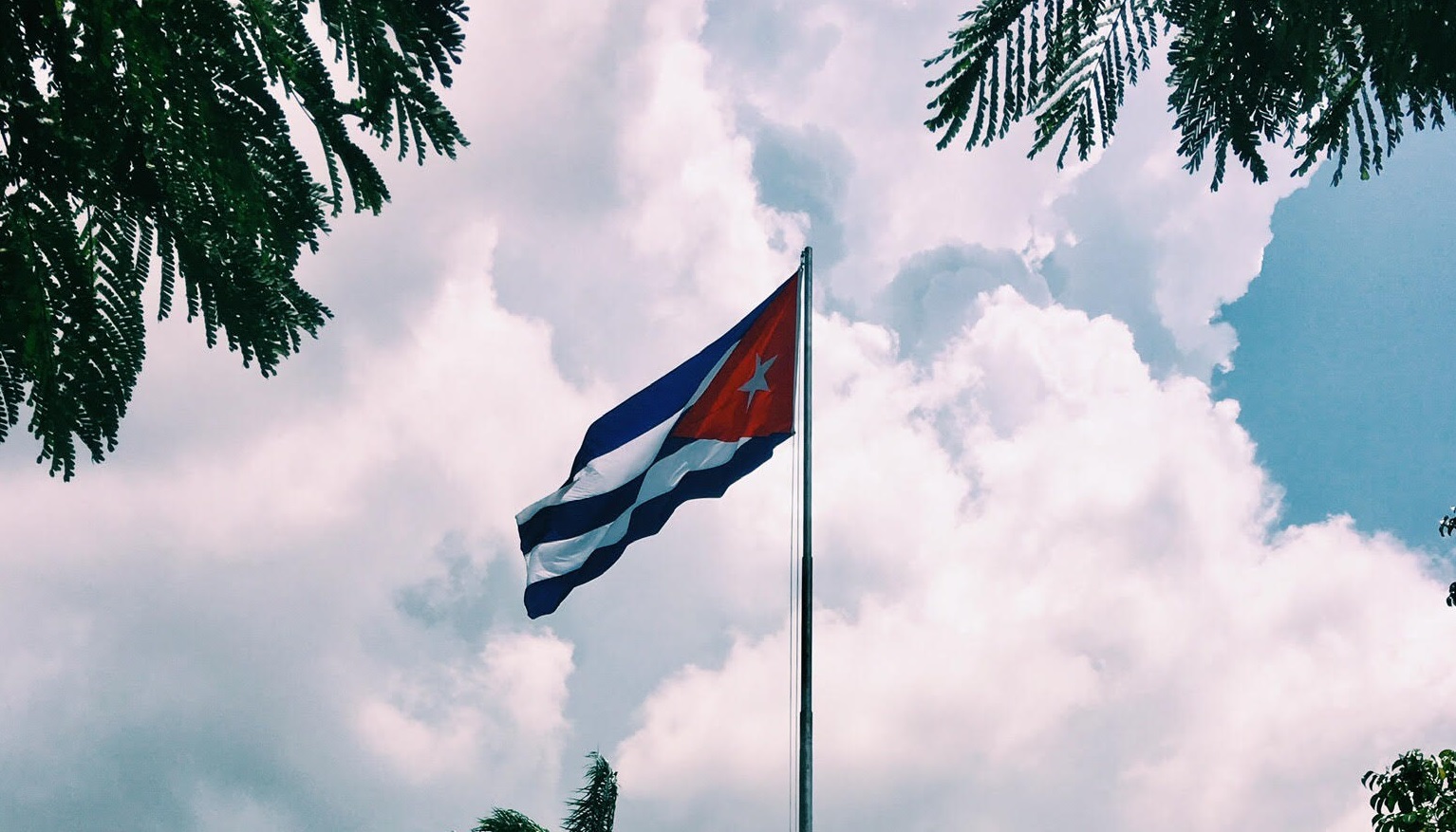 Above: a Cuban flag waves in Santiago de Cuba

A yo ung revolutionary called Fidel Castro, in the eastern town of Santiago (now, 66 years later, his resting place), led 134 comrades - well over half of them no older than thirty – to assault the Moncada Barracks.

The barracks were owned by an army owned by Cuba's dictator, Fulgencio Batista, who himself was owned by the US government. As well as a military asset, then, Moncada was a recognised symbol of the Cuban people's near-total lack of freedom in the post-war world.

Fidel's assault, while a military failure, smashed this symbol like a hammer on a bell, sounding a message to all of Cuba: the revolution against Batista had begun.

But to overthrow the most heavily armed tyrant in the Caribbean, this revolution needed, well, revolutionaries.

61 of the 134 Moncada assailants had been killed in battle, and 51 (including Fidel and his younger brother, Raúl) had been captured (many later died at the hands of Batista’s torturers). Even if they hadn't and Moncada had been taken without loss, 134 men could not have liberated Cuba alone.

The challenge, then, was to build a coalition to take the opportunity Moncada had created for a new type of politics in Cuba.

This was a challenge not because loads of people loved Batista – they didn't. The problem was that not everyone hated Batista in the same way.

While countless Cubans saw an evil in what the Moncada Barracks represented, they did not a ll see the same evil.

Another step to the Left were people like Raúl Castro (often communists), who saw the evil behind Moncada as being, ultimately, the United States. Brutal men like Batista could only rule in Cuba – and across the Third World – with the support of US power, which they got in exchange for opening their economies to American capitalism.

From these different views on what was wrong with Cuba came different programmes for how Cuba should be changed, and these second differences were an obstacle to uniting all of Batista's enemies against him. How, many asked themselves, can I fight for the new Cuba I want alongside people who would be fighting for a different one?

Recognising this, Fidel and others made a genius move: rather than build a movement around the 'what?' of the Moncada assault, build one around the 'when?'. This is how ‘El Movimiento 26 de Julio’ – the 26th July Movement – was born.

Every Cuban against Batista, while divided on how to interpret his regime, agreed that the day Moncada was att acked by Castro and his comrades was a day to celebrate – building a revolutionary movement grounded on this date, then, seemed the surest way to give Batista the fight he so richly deserved.

And build it they did.

From 1953, the forces for change in Cuba began to come together.

Men and women like Frank País (murdered by Batista's police thugs in 1957), Celia Sánchez, and Vilma Espín began to organise among townspeople and students in Cuba, creating the structure for an urban underground resistance. 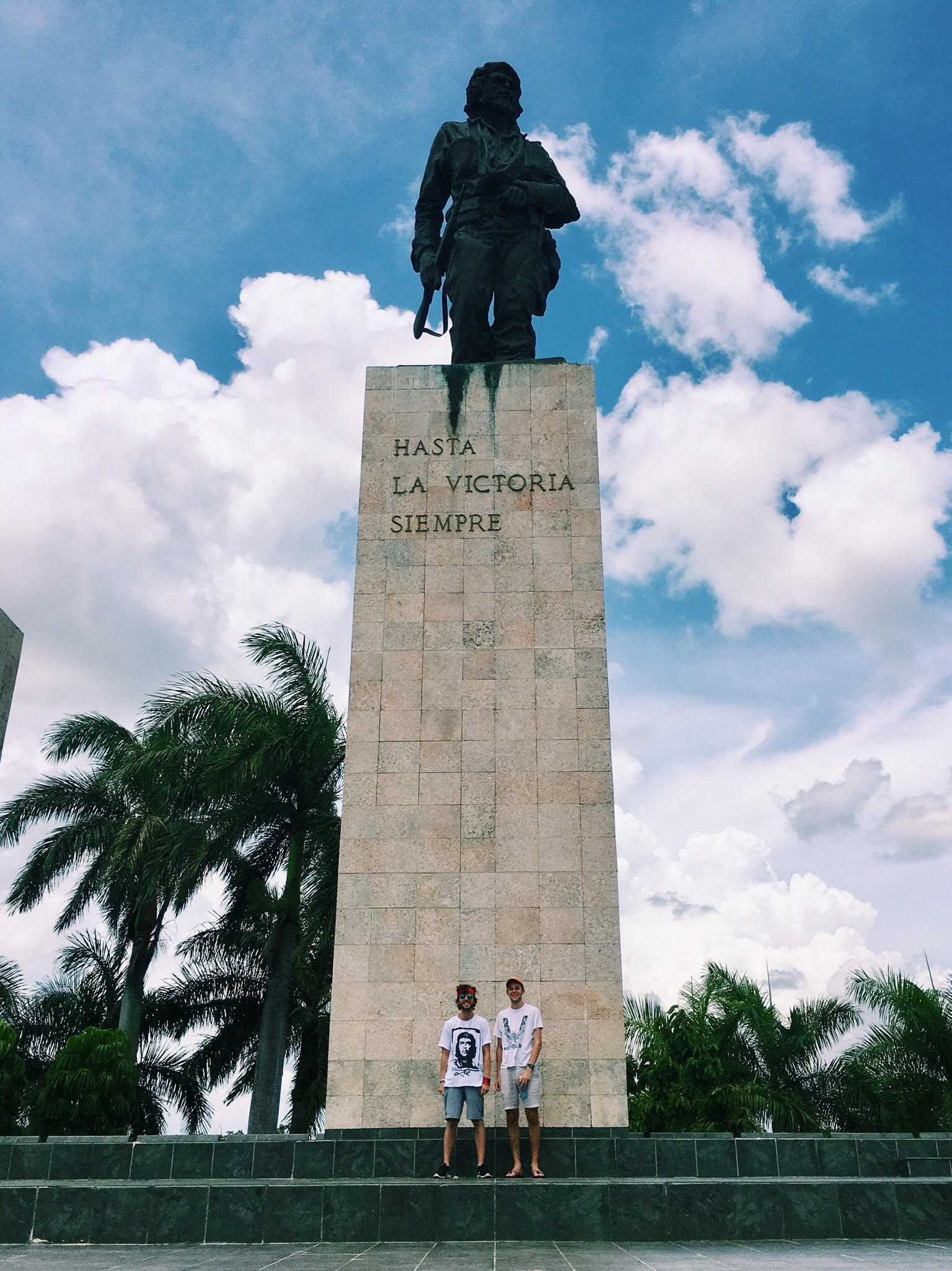 Above: me at Che Guevara's Mausoleum

And Fidel Castro, out of jail and exiled in Mexico, gathered the nucleus of the guerrilla army (including a young Argentine internationalist called  Ernesto Guevara) which would return to Cuba and, from 1956 to 1959, fight and help win the Revolution.

Their landing in November 1956 was followed by over a year of grim and difficult guerrilla warfare in the south-eastern mountains of the Sierra Maestra (I got the chance to spend a couple of days up there and it was hard enough getting about without a military pack to carry and the risk of getting shot!). 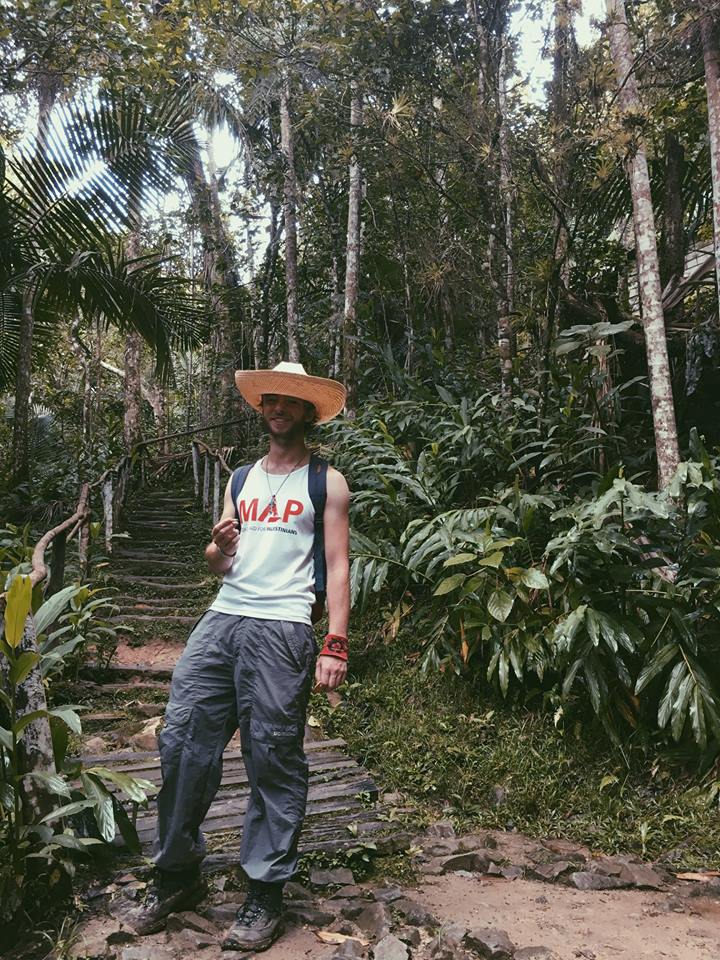 Above: Sierra Maestra, next to the HQ of the guerilla army

The fall of Batista and the beginning of revolutionary Cuba

In summer 1958, Batista’s army began to break. With the aid of trade unionists and farmers, students and army mutineers, the guerrillas burst out of the Sierra Maestra in all directions.

Three columns, one of them under Comandante ‘ Che’ Guevara, stormed west toward Havana. The last Batista stronghold at Santa Clara was taken by Che's troops at the end of December 1958 (he's now buried in the town). The tyrant Fulgencio Batista then fled Cuba on New Year's Day 1959.

After more than two years of suffering in the military struggle, and centuries of suffering under the colonialisms of Spain and the United States, Cuba's triumph could be completed with a peaceful drive from Santa Clara to Havana (I hope the guerrillas lacked my vehicle troubles though – the bus I was on broke down for four hours on this stretch!).

As they drove, in every town the revolutionaries were greeted by cheering crowds – Cubans celebrating the fall of Batista.

In amongst them, flags would always be waving. Two symbols in particular dominated these landscapes of victory: the blue and white stripes of Cuba's national flag, and a black and red banner imprinted with 'M-26-7' – the Movimiento 26 deJulio.

Cuba's wasn’t the first revolutionary movement to form itself around a date on the calendar – the May Fourth Movement against imperialism, for example, was a big presence in early twentieth century China.

And the 26 th July Movement didn't solve all of Cuba's problems – many of the divisions it bridged for the Revolutionary war have since re-emerged, continuing to underly the shortfalls faced by Cuba today.

But it did, in its broadness and deep popularity, enable the overthrow of a US-backed dictator just 90 miles off the coast of Florida.

Not unlike the  Irish Revolution four decades before, the Movement's victory sent out a crucial message to the rest of humanity – one of the most important we’ve received in modern times: imperialism can be defeated anywhere in theworld, and so it can be defeated everywhere in the world.