In the 17th century, the preacher-poet John Donne wrote a short poem which has since become the reference-point of choice for those wanting to promote internationalist values, from Ernest Hemingway to the Radical Tea Towel Company.

If you were the early modern English preacher-poet John Donne (1572-1631), you’d probably be a bit miffed to look down from your celestial cloud only to see one of your best lyrics associated with someone else.

And yet, “never send to know for whom the bell tolls; It tolls for thee,” is now well and truly attached to Ernest Hemingway, despite coming from a sermon given by Donne during his time as Dean of St. Paul's Cathedral - later published in Donne's 1624 collection Devotions upon Emergent Occasions.

Referencing Donne’s sermon was an obvious choice for Hemingway, whose 1940 novel For Whom the Bell Tolls was a tribute to the foreign volunteers who travelled to Spain to fight Francisco Franco in the 1930s. 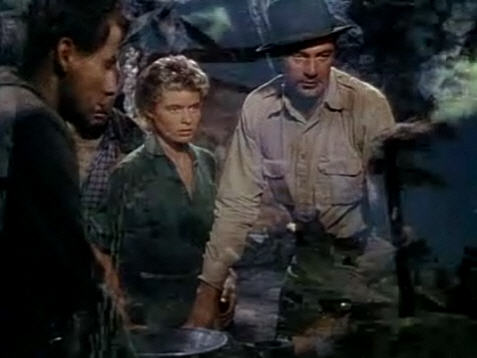 Above: A scene from the film adaptation of Hemingway's classic

Few verses have ever captured the values of internationalist humanism which motivated the International Brigades as effectively as John Donne’s.

This is why so many have turned to quoting Donne over the last 400 years as a way to remind ourselves that we are all sisters and brothers in one human family. Hemingway was neither the first nor the last - Metallica's social commentary on warfare and conflict from 1984 being but one more recent example.

What’s more, you can now add the Radical Tea Towel Company to this long list of Donne-quoters.

Our Europe tea towel gives pride of place to a couple of lines from the same poem which gave Hemingway his book title: 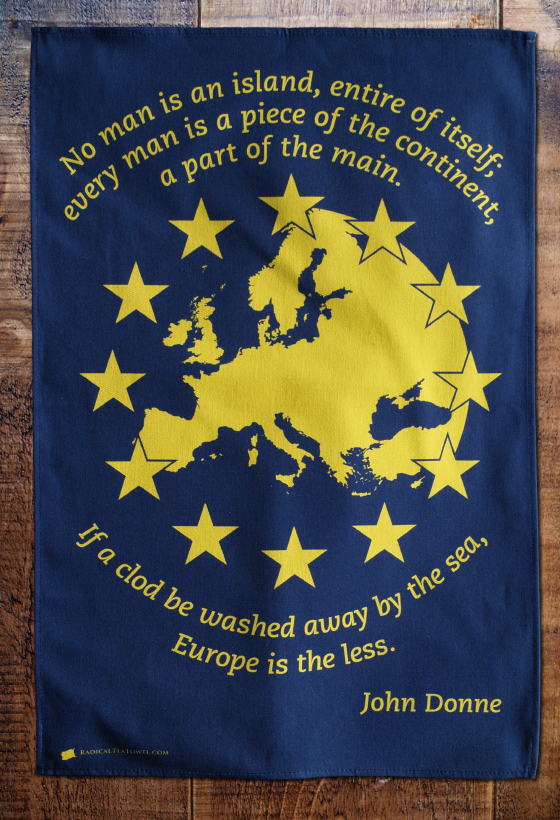 'No man is an Island': a principle to be taken seriously

These days especially, we’d do well to promote the principle of “No man is an island” as much as possible.

The values of fraternity, equality, and closeness among nations must always be pursued over national insularity and selfishness – nothing worthwhile has ever been achieved without cooperation and friendship across borders.

Whether directly quoted or not, the spirit of John Donne’s 1624 verse runs through all of our Brexit merchandise, from our Stephen Hawking tea towel to the EU passport cover.

Wherever you look or read in our archive of blog posts and gallery of designs, there’s a character or event standing up for this same spirit of internationalism.

Eleanor Marx was a tireless advocate of organising socialist workers on a Europe-wide scale in late-19th century Britain.

And the Yanks who joined the International Brigades did not see the foreignness of Spain as an excuse to not get stuck in and help out when Franco launched his fascist assault on Spanish democracy.

Unity and friendship across borders, then, has long been the common, moral denominator of progressive politics.

From John Donne’s 1624 ‘No Man Is An Island’ to the anthem of the 1871 Paris Commune, ‘L’Internationale’, progressives around the world have had a soundtrack to match.

Read on for more stories about Donne, Devlin, "the other Marx," and other radical internationalists throughout history