When you think of May Day demonstrations, you probably imagine cloth-capped parades through industrial city streets. Perhaps an accurate image historically - but the scene was a little different in 1971 Washington DC. 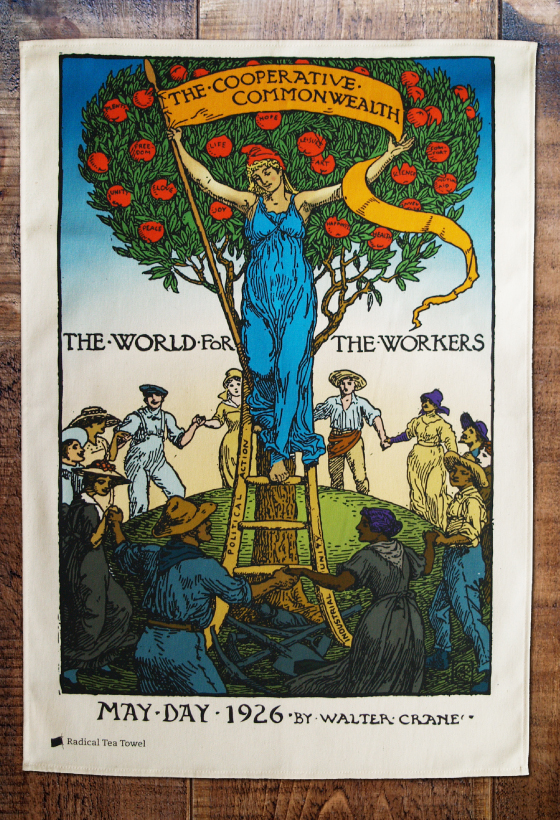 
Mounting discontent with the Vietnam War

Richard Nixon was in the White House and the establishment's war in Vietnam had rumbled into a new decade.

But this was also the era of Martin Luther King, Muhammad Ali and Che Guevara. It was a time when the American government could commit few crimes without being met by popular resistance, abroad or at home.

At the beginning of May 1971, this resistance took the form of groups like the 'May Day Tribe' – a counter-cultural group of eccentric Americans who wanted to continue the domestic struggle against the slaughter in Vietnam.

There was also the 'War Resisters League', which included guys like Michael Lerner. A prominent student presence in the anti-war movement of the time, the New Jersey-born Rabbi remains a loud and vibrant voice on the modern Jewish Left in America.

Lerner and his pals decided to stage major, disruptive anti-war protests in DC on May Day 1971.

May Day had (and retains) deep symbolic value for the US Left – it was invented by American trade unionists struggling for an 8-hour day at the end of the 19th century.

But in 1971, it wasn't industrial workers on strike but mostly students blocking key intersections of the city and creating some good old-fashioned, semi-organised mayhem.

35,000 protesters gathered near the Washington Monument by the Potomac. In the style of the era, they eased themselves into the civil disobedience by listening to rock music and planning the coming days' protests as democratically as possible.

In one of those absurd Vietnam-era scenes, the helicopters which the government wanted to use on the opening day to disrupt the gathering were scared off by the flying of massive helium balloons emblazoned with slogans like 'HANDS OFF VIETNAM'.

Over the following days, Nixon massively overreacted to the civil disobedience. He deployed 10,000 federal troops to public buildings around Washington.

While they held these positions, police roamed through the city arresting anyone who looked vaguely like a potential protester while helicopters dropped tear gas. Many were severely injured.


Nixon on the run

It all came back to bite Nixon, of course. It looked to many Americans like the President had been scared into deploying overwhelming and brutish force by a medium-scale protest organised by a bunch of hippies.

Within two years of it all, he was out of office in a scandal; within five years, Vietnam was free of American troops.

May 1971, with its helium balloons and marijuana-smoking 'tribes', hadn't been the most conventional May Day. It was a far cry from the "independent action of the proletarian masses…the political action of the millions of workers" which Rosa Luxemburg witnessed in 1913.

But I guess that's the beauty of the occasion – it evolves into wildly new forms and aesthetics of struggle while the underlying substance remains the same: fight unjust power, emancipate the people.