Last autumn, I decided we needed to make a Radical Tea Towel video. So I had a conversation with my childhood friend, Lewis Reynolds, a writer and director.

During our tumultuous teenage years growing up in Barry, South Wales, Lewis and I had produced a couple of amateur short films, using a digital film camera Lewis had somehow dug up.

'The Monster From Hell' (2002) charted the rise of a terrible demon, summoned by chanting druids to terrorise the people of our home town.

Our second film, 'Shriek' (2003), followed a group of 'Duke of Edinburgh Award' teenagers on a camping expedition, who stumble across a Jacobean mansion house inhabited by a deranged killer - kind of a cross between 'Scream' and 'Shrek'.

We did all of the writing, location planning, costumes, filming, editing and organisation. All the actors were family and friends. Our shoestring budget was a collection of a few £20 notes wrangled from our parents and grandparents.

It was a lot of fun.

Our old films had parodied some of the memes and cultural zeitgeist of the early 2000s, including featuring a press conference with a 'President George W. Thicket'. 15 years later, Lewis and I wondered whether we could re-create a White House press conference scene, this time with Donald Trump coming across a radical tea towel. 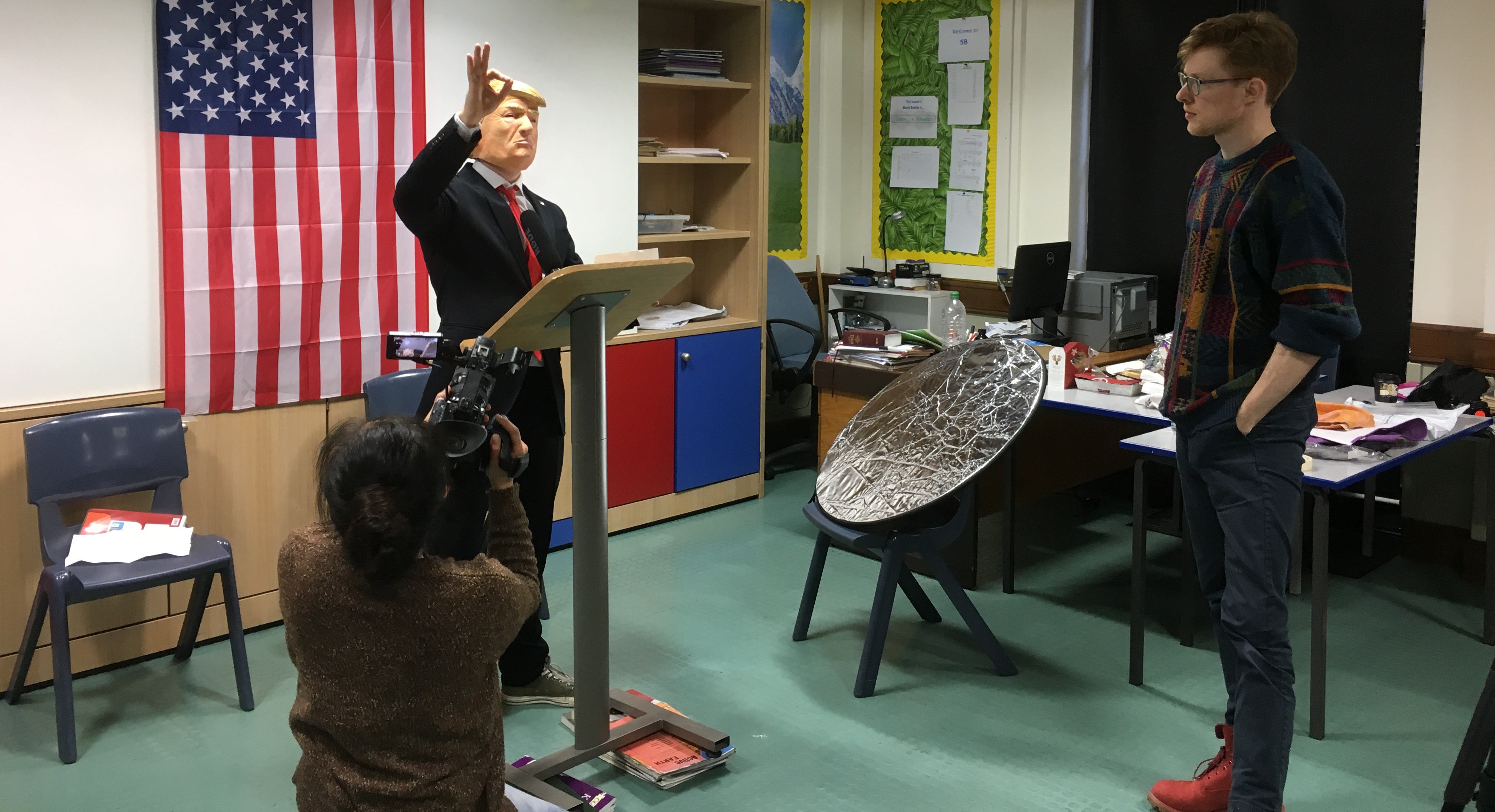 I thought that the Martin Luther King quotation we'd chosen for a tea towel design might be a good message for Trump to have reading in the film ("We must learn to live together as brothers, or perish together as fools"), as the message seemed so antithetical to Trump's usual rhetoric.

Lewis had found some old Martin Luther King speeches, and we were both struck by the contrast between MLK's ethically powerful, timeless, spiritual prose - and Trump's hateful ramblings.

Lewis put together a soundtrack and script. His idea was that Trump would host a press conference focused on the August 2017 Charlottesville controversy (in real life, Trump had appeared to defend white supremacists, and drawn a moral equivalency between them and anti-fascist demonstrators, one of whom had been killed at Charlottesville).

We would show Trump struggling to give coherent responses to journalists' questions, and visibly sweating under the pressure. Then an assistant would hand the President our Martin Luther King tea towel, which Trump would use to dab away his sweat.

From then on, Trump would find himself somehow 'possessed' by the spirit of the great 1960s civil rights leader, and unable to hold back from spouting MLK's inspirational anti-racist rhetoric. 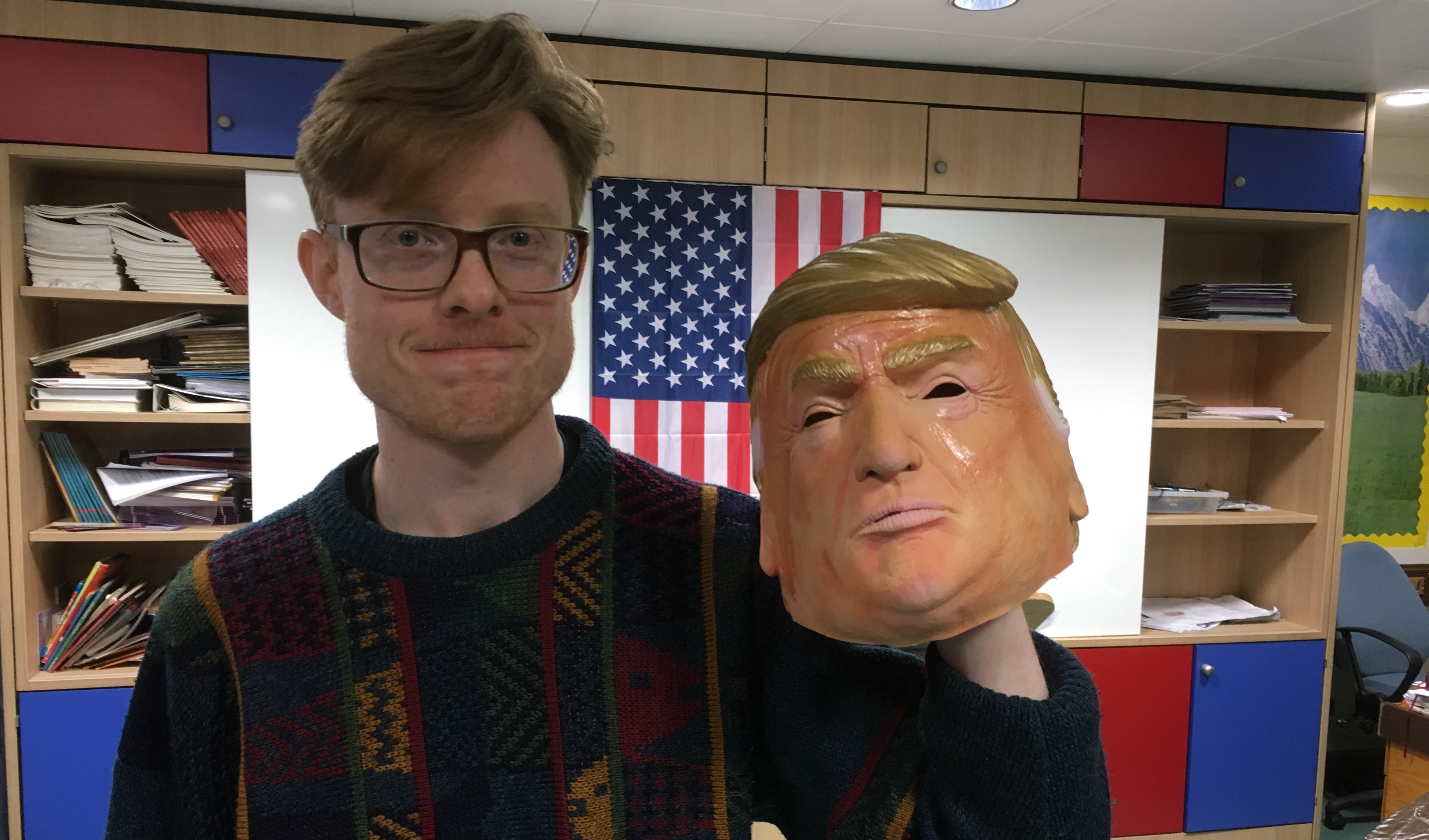 We'd have the White House audience bursting into applause at Trump's apparent transformation from bigoted buffoon to morally-reformed and powerful leader.

At the end, Trump would finally realise that the tea towel was to blame for imbuing him with Martin Luther King's rhetoric. His emotional collapse and sobs would be drowned out by the crowd's cries of "We want Trump! We want Trump!"

This may all sound a bit silly and unbelievable.

What we wanted to convey - of course, through a little poetic exaggeration - was the timelessness of great ideas and leadership, in the face of a monster like Trump. Martin Luther King is an example of someone whose message and vision is still as relevant today as ever. Decades may have passed since his death, but MLK is one of many who are ultimately still with us - if we choose to heed his words.

Trump may never open himself to that choice - but the rest of us still can.

This is actually one of the whole points behind Radical Tea Towel. We want to remind ourselves - and those who are learning for the first time - of the inspirational thinkers, leaders and campaigns of the past.

Here is the end result. Ryan Wichert did a great job re-creating Trump behind the mask, and Shanshan Chen was invaluable behind the camera.

We're rather proud of it.