The Suffragettes were intelligent women.

They knew they'd be ignored by most politicians and newspapers. So they had to think of alternative ways of getting their message out.

As well as the headline acts of civil disobedience you've heard about, they wanted their symbols and colours everywhere: posters, pins, badges, tea sets.

Christmas cards were no exception, and in 1911 they even kidnapped Santa Claus: 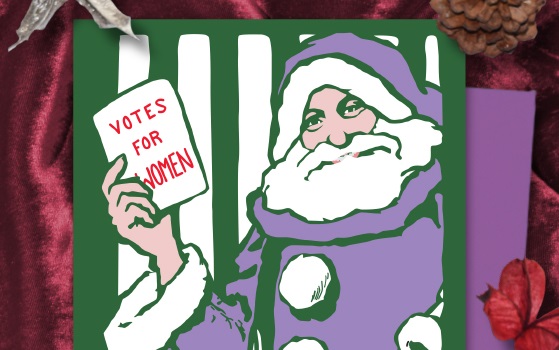 Click here to see our Christmas cards this year

Santa made to wear purple? I wonder what the "Daily-Mail-political-correctness-has-gone-mad-brigade" would have made of that one.

Was it a sign that women had gone too far and weren't 'mature' enough to deserve the vote? Or a brilliantly subtle rebellion against Edwardian-era norms?

The Suffragettes' American sisters, also campaigning for voting equality, perhaps weren't quite as brave as to redesign his outfit, but nonetheless started the trend of exposing Santa as a contemporary feminist with this earlier design in 1909: 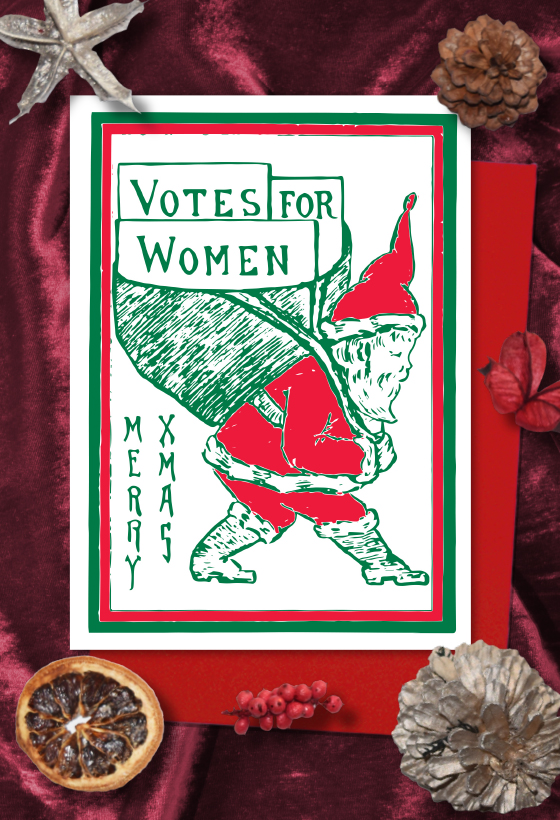 Click here to see our Christmas cards this year

Campaigners for political equality realised that if people were going to send Christmas cards anyway, they might as well piggyback on the trend to promote their cause.

Here's another design from the time picturing a drummer girl from the Suffragettes' own marching band: 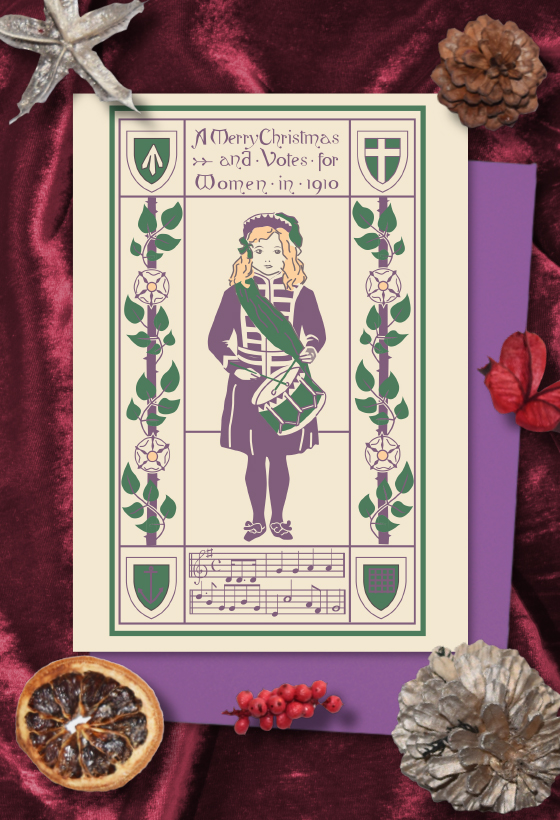 "Merry Christmas and Votes for Women in 1910". Well, women had to wait another eight years 'til the General Election of December 1918 to get their way, but it was worth the struggle when Constance Markievicz was elected as the first ever female MP and women's voices began to be heard in national politics.

I wish Radical Tea Towel could have been around a hundred years ago to help the Suffragettes' campaign with some tea towels.

Instead, in 2018 we're resurrecting that old trend of pushing your values through your Christmas cards. 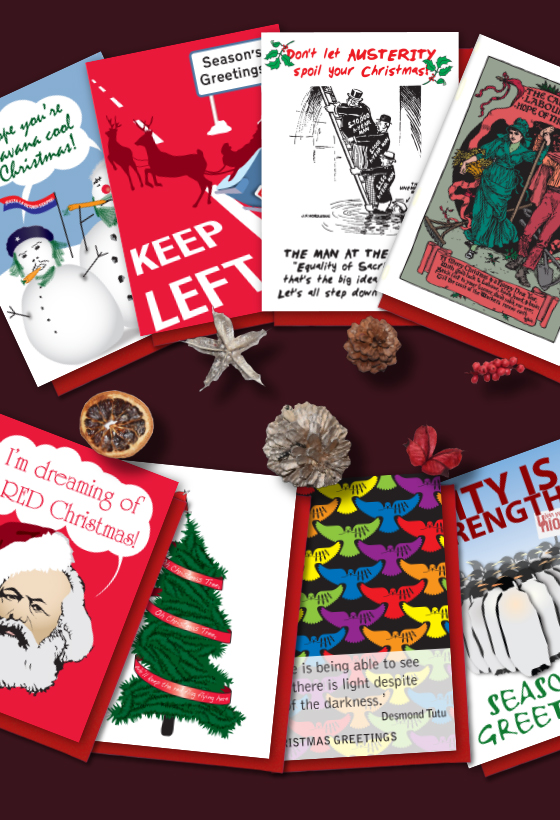 Click here to see our Christmas cards this year
×