Ever since US President Harry Truman dropped an atomic bomb on Hiroshima in August 1945, instantly murdering 80,000 people - 30% of the city's population - the issue of nuclear weapons has exercised the conscience of the British Left.

The images of Japanese suffering, combined with increasing Cold War proliferation, fired up a British movement to eliminate these monstrous weapons from the world. 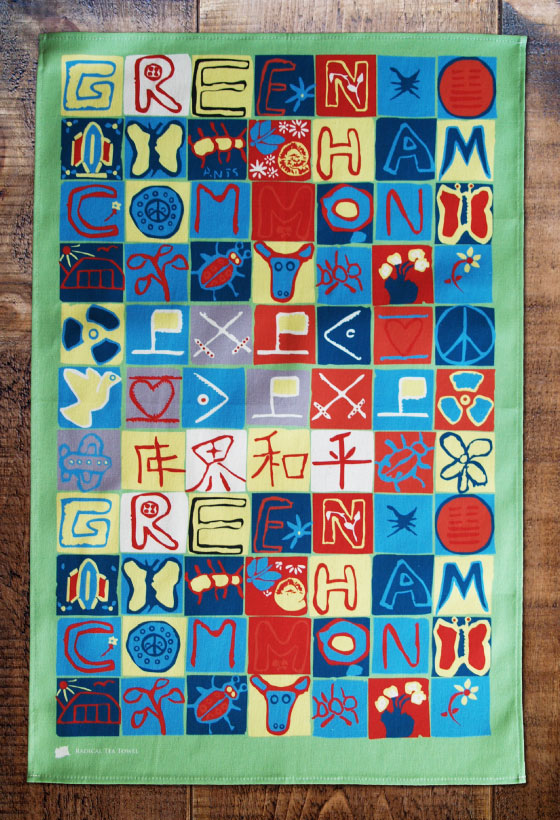 
The birth of the nuclear disarmament movement

Despite the fact it was Clement Attlee who (illegally - without consulting Parliament) created Britain's first atomic bomb, Labour Party MPs have been in the frontline of this campaign for the past seven decades.

And, while this lot kept up the pressure in the House of Commons, tens of thousands of less well-known but equally committed citizens kept it up in the streets and on the fields of nuclear sites.

The Campaign for Nuclear Disarmament (CND), for example, was set up by Bertrand Russell and others in 1957 and quickly came to be a mass movement with tens of thousands of members.

A bit more recently, today in 1981, another grassroots movement against the Bomb was born outside RAF Greenham Common in Berkshire...

Two years before, motivated by her rabid anti-Communism, Margaret Thatcher allowed the United States to station cruise missiles on British soil for the first time. They would be aimed at the people of the Soviet Union as part of Ronald Reagan's ratcheting up of the Cold War.

It was decided that these missiles - each one capable of killing hundreds of thousands of innocent people - would be deployed to the base at Greenham Common which the US Air Force had been using since WW2.

But a group of women activists decided to make this into an uncomfortable operation for Thatcher and Reagan.

They established a 'peace camp' (composed of nine small camps - named after colours of the rainbow - dotted around the base perimeter) from which to campaign against the new weapons at Greenham.

It would last for almost twenty years.

Their protest methods were many and diverse. In December 1982, the Greenham women held an event called 'Embrace the Base' where 30,000 gathered to form a human chain around the facility (Tim and Bea of Radical Tea Towel were among the attendees! Here's a photo of Bea - right - with her sister, Anne). 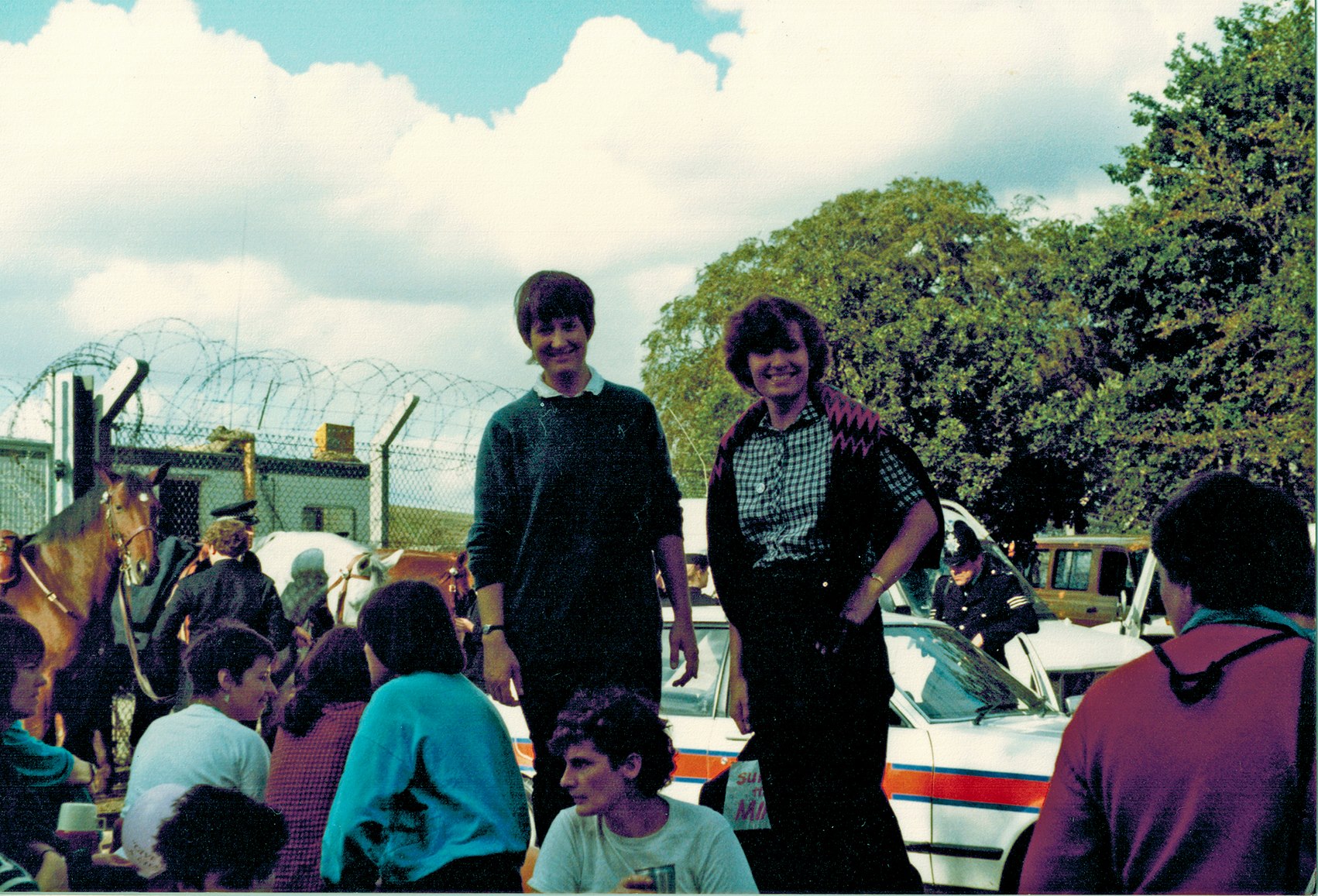 Continued pressure to rid the world of the nuclear threat

A similar event the year after mobilised 70,000 activists.

'Keening' was another routine of the Camp - where the women dressed all in black to mourn the millions of children who would die in the coming nuclear war if the weapons weren't abolished.

Again, on the theme of children, in April 1983 a number of the women broke into the base dressed as teddy bears. A comical sight, yeah, but it successfully contrasted a symbol of childhood innocence with a base that was part of a military system designed to murder countless kids across Russia and Eastern Europe.

In 1991, the last missiles were removed from RAF Greenham Common; not directly because of the committed, fearless women who'd been protesting against them for a decade but because of the Intermediate-Range Nuclear Forces Treaty signed by the USSR and America in 1987 (whereby the two powers agreed to reduce their arsenals a bit).

The women of Greenham Common knew their protest was unlikely to achieve substantive nuclear disarmament, in Britain or anywhere else.

To do that means electing to power people who give a higher value to peace and human life than the Thatchers and Reagans of the world.

But, at the same time, their relentless activism kept disarmament on the political agenda at a time when no major political leader - not Thatcher or Major, or Kinnock or Blair - were willing to.

For the two decades while the Greenham Peace Camp stood, no one could say there was a consensus in Britain behind nuclear arms.

Those thousands of women were a credit to themselves, and they enriched a heritage of anti-militarism in Britain which reaches all the way back to Keir Hardie, Sylvia Pankhurst, and Wilfred Owen.

Today, how about we spare a grateful thought for the stand they took in the name of life and peace.