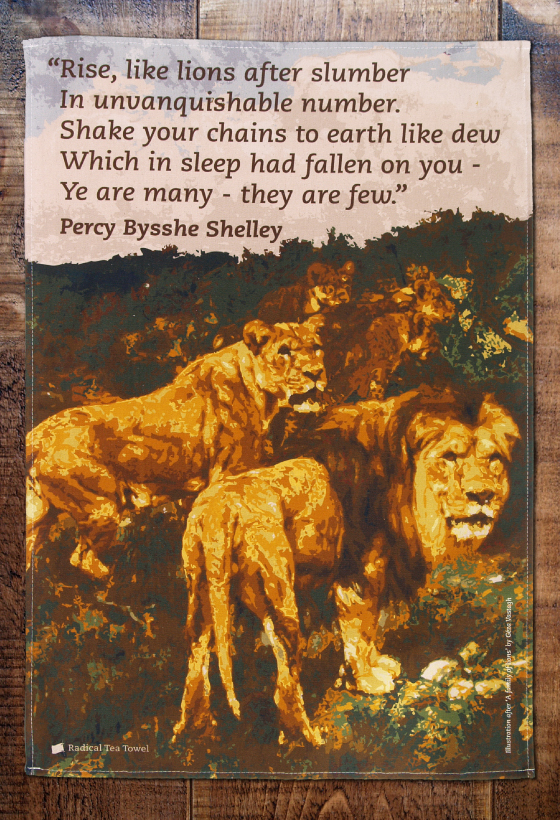 Reflections on the Peterloo massacre

The above verse comes at the end of Percy Shelley’s 1819 poem 'The Masque of Anarchy'.

The aristocrat-turned-radical wrote it as a funeral march for the British working class murdered by police at the Peterloo massacre.

80,000 people had gathered in Manchester to demand the vote. 700 of the protestors went home battered and bruised. 15 went home in coffins.

Moved by this suffering and courage, Shelley wrote these lines to England from where he was staying in faraway Italy.

It was a message of consolation to the British people in one of our darkest hours.

Shelley was basically saying: "Guys, chin up. We’ve taken a beating today but we’ll win in the end. There are millions of us, riled up for the vote, and only a few hundred rich, old men trying to keep it from us. I like those odds."

Shelley had a point.

Within twenty years of Peterloo, the People’s Charter had been written up, unleashing the campaign for democracy, Chartism, onto the British political scene.

Setbacks and disappointments wouldn’t stop ever wider expansion of the franchise, until by 1928 it was complete for everyone over 21.

Our governments could now be elected by the many, not the few.

So, with electoral democracy achieved, Shelley’s poem had surely run its political course?

The Labour Party is finishing up its barnstorming election campaign. Jeremy Corbyn has promised a radical social transformation with the shifting of power and wealth from an elite minority to the people at large. And what last rhetorical flurry does he choose before we go to the polls?

It turns out "Ye are many, they are few" can be effectively used by any movement against inequality.

Imagine the old poet - who spent his life calling for a radical overhaul of society - looking down today from his cloud.

I reckon he'd think back to the dark days of 1819 and smile.

For one thing, the martyrs of Peterloo had not died in vain. The property bar on voting is long gone and, as a result, a socialist party was able to come of age and be elected to government several times.

For another, that party’s slogan - 'For the Many, Not the Few' - is lifted from Shelley's own poetry.

Few people who died in 1822 could say they're still influencing the discourse of the British Left today – not to mention being on a radical tea towel!