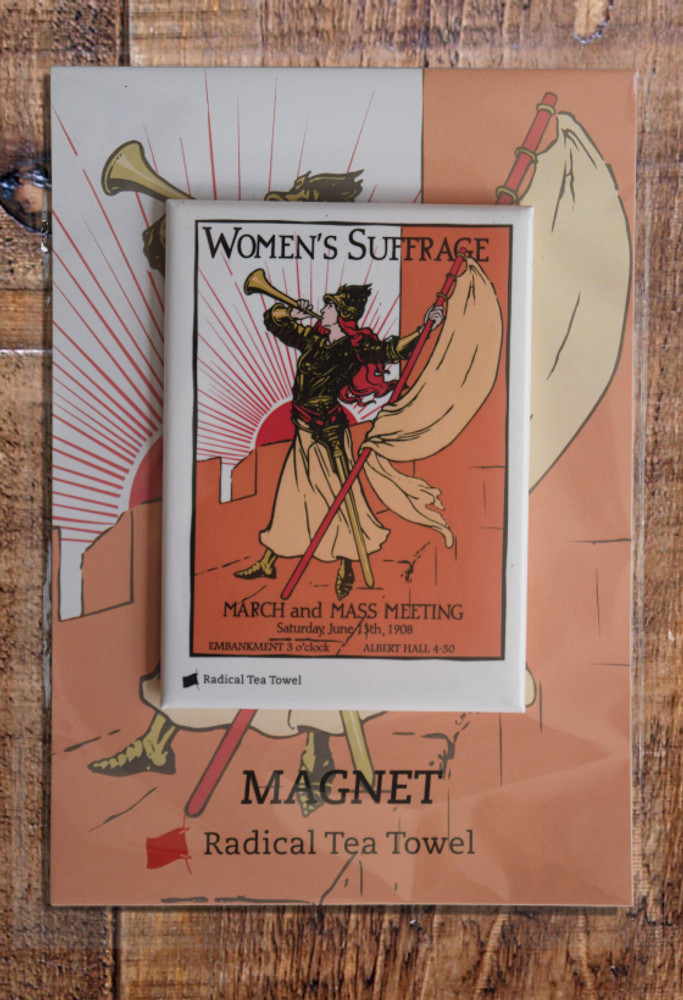 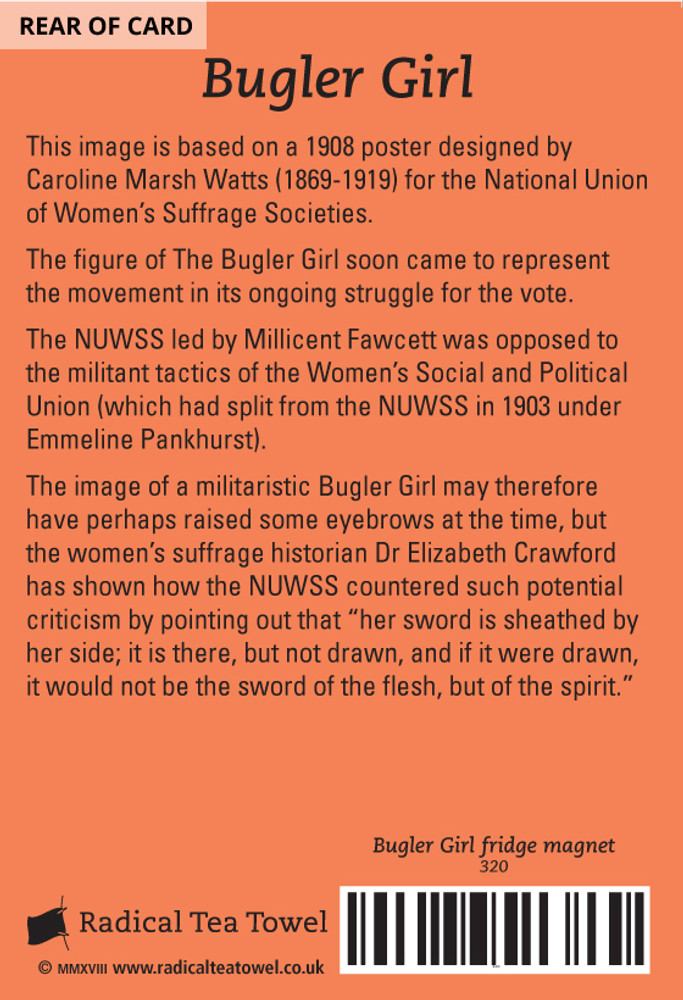 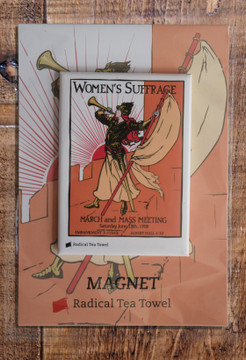 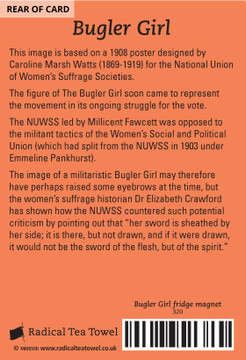 The striking design on this fridge magnet is taken from a vintage 1908 poster design by Caroline Marsh Watts. It features a girl marching with a bugle, an instrument historically used to relay instructions during battle. The Bugler Girl certainly trumpeted her battle message loud and clear: against injustice, for equality. She came to be a figure which represented the suffrage movement in the ongoing struggle for the vote in early twentieth century Britain. We see these same efforts by the Bugler Girls of today: the ones who sign petitions, the ones who protest, the ones who march, the ones who persist. We now have more figures than ever to represent our feminist values. Keep the list growing, let this feminist gift serve as a reminder to speak out.