It takes a brave person to stand up and back a revolution. Sometimes it takes an even braver one to call out its weaknesses.

Mary Wollstonecraft - who died today in 1797 - was a radical who, just because she supported a revolutionary movement, didn't abdicate her right to criticise where it went wrong. 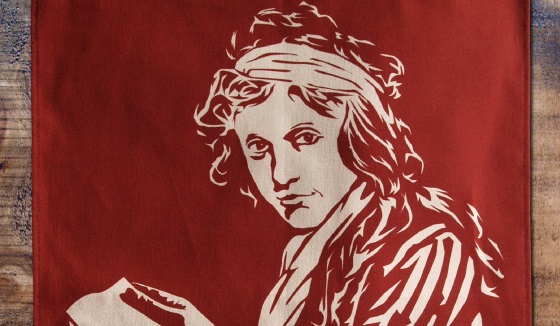 Wollstonecraft and the values of the French Revolution

The founder of British feminism was born in 1759 to a well-off family in Spitalfields, East London.

A restless free-thinker, Mary wasn't at ease in middle-class Georgian England, and she soon broke away from it to try her luck as a writer.

This happened to be the moment when, across the English Channel, the Bourbon Monarchy of France was being menaced by republican agitation.

Attracted by its opposition to aristocratic society and espousal of the Enlightenment's values of 'liberty, equality, and fraternity', Wollstonecraft became an immediate and passionate friend of the French Revolution, seeing in it "a glorious chance to obtain more virtue and happiness than hitherto blessed our globe".

Ideas that would last and be fought for across generations; in France and across the world.

English conservatism, meanwhile, was mobilising against this troubling French experiment in political liberty. They saw in it a threat to the old, crusty order of Europe.

These reactionary forces soon found their voice in Edmund Burke MP, who launched a hefty tirade against what was happening called 'Reflections on the Revolution in France'.

Faced with Burke's conservative assault, Wollstonecraft took to the literary barricades in defence of France, arm-in-arm with fellow English sympathisers like Thomas Paine.


The beginning of liberal feminism

In November 1790 - less than a month after Burke's text was published - Wollstonecraft's 'A Vindication of the Rights of Men' came out.

Her arguments were many and convincing. Mary tapped into the current of contemporary English abolitionism by pointing out that Burke's principle of conserving traditions for the sake of tradition would see slavery maintained.

Burke had called French working class women who followed Marie Antoinette from Versailles to Paris "furies from hell, in the abused shape of the vilest of women". Wollstonecraft pithily fired back "probably you mean women who gained a livelihood selling vegetables or fish, who never had any advantages of education."

This exchange won Wollstonecraft a reputation as one of England's greatest defenders of the French Revolution, but that didn't make her blind to some of its major flaws.

In 1792, she wrote 'A Vindication of the Rights of Woman'. Wollstonecraft had begun to appreciate that the new liberty unleashed by 1789 had gone more to men than women, and she wouldn't stay silent about it.

She argued tirelessly that women were no less human beings than men and, as such, deserved the same fundamental rights - the rights of the Revolution.

Any current difference between the sexes was not due to something innate, but to different education.

Wollstonecraft revealed that the only reason some contemporary women were seen as 'silly' and 'superficial' was that they were "taught from their infancy that beauty is woman's sceptre, the mind shapes itself to the body, and, roaming round its gilt cage, only seeks to adorn its prison."

Building from this, Wollstonecraft demanded equal education for men and women.


Realising the revolutionary values for women as well as men

This was actually a very brave intellectual move for a pro-French radical in the 1790s as it put her on a collision course with Jean-Jacques Rousseau, a great philosophical influence on the Revolution - whose views on women were utterly backward.

In her campaign for equality, Wollstonecraft wasn't awed by the grandees of revolutionary France, no matter how much she agreed with them in other areas.

When France's foreign minister, Charles Maurice de Talleyrand-Périgord, visited her in 1792, Wollstonecraft forcefully put her call for equal education to him as well.

Until she died in 1797 from complications giving birth to her second daughter, Mary never stopped supporting the French Revolution on a fundamental level. In a Europe dominated by antiquated feudalisms, France alone seemed to offer hope for social progress.

The intellectual audacity she showed in criticising her beloved Revolution produced her greatest legacy.


An inspiration to feminist thinkers and activists through the ages

'A Vindication of the Rights of Woman' has since transcended its immediate context to inspire generations of modern feminists.

Millicent Fawcett, not long before becoming President of the National Union of Women's Suffrage Societies, wrote the introduction to its centenary edition in 1892. Jane Austen deployed a lot of its thought in her 19th century fiction.

And countless other feminist icons - from Emma Goldman and Virginia Woolf to Caitlin Moran - have looked to Wollstonecraft's life and work for inspiration.

To have people of this calibre following in her footsteps, Mary Wollstonecraft must've been walking in the right direction.