The story of how a speech at the beginning of the Spanish Civil War became an internationalist call to resistance.

Today, November 8, happens to be my birthday.

Perhaps fittingly, it's also the anniversary of one of the most inspiring Radical History stories I know.

If I could be transported back to any point in time, it would be to one of the balconies flanking the Gran Vía (the main road through central Madrid) on 8th November 1936.

At first, this may seem a strange choice: Madrid was a dangerous and scary place to be back then, under siege by the fascist legions of General Francisco Franco and facing an all-out attempt to conquer the city. 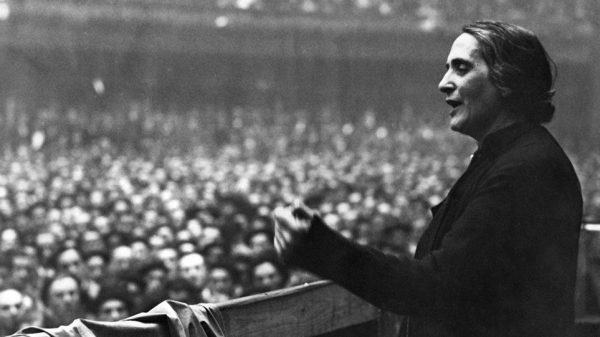 Madrid: A city under Siege

Franco’s rebellion against the elected ‘Popular Front’ government of Spain was by this time four months old, with his blood-soaked march against socialism, communism, and democracy itself now at the gates of the capital.

Yet in the midst of all this reactionary terror, a flame of resistance was burning in the heart of Madrid.

From one of those balconies on the Gran Vía, I would’ve seen the volunteer soldiers of the International Brigades marching to the frontlines to try to drive Franco back from the city.

Singing the socialist anthem “ The Internationale” as they went, these brave souls were cheered as they marched through the streets past the people of Madrid.

The Madrileños roared, " Vivan los rusos!” – “Long live the Russians!” – under the mistaken belief that these foreigners were Soviet troops.

(Shamefully, the USSR had been the only major power to give any real support to Spain during Franco's coup).

But the men marching down the Gran Vía came from many countries – they were Germans and Frenchmen, Englishmen and Scots, soon to be joined by countless other nationalities, from Americans and Canadians to Cubans, Chinese, and Yugoslavs.

They had all come to answer the call of those defending the Spanish republic – a call best articulated by a leader from the Basque country named Dolores Ibárruri Gómez. 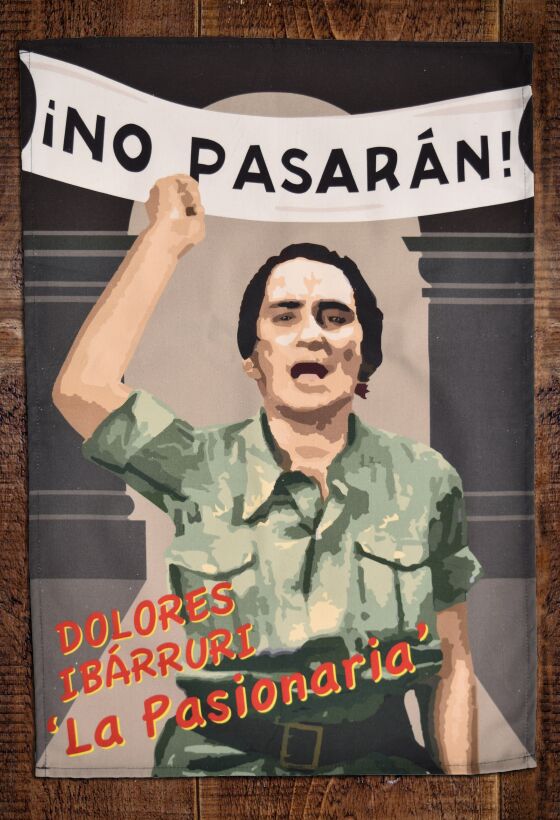 No Pasaran ! Click to view our new design honouring an icon of Spain's resistance

Better known by her nom de plume, La Pasionaria (‘The Passionflower’), Ibárruri was easily the most charismatic leader of the Republican forces during the Spanish Civil War.

If Franco embodied everything the Nationalists stood for – militarism, aristocratic privilege, fascist reaction – then La Pasionaria embodied his opposite.

Born into the poverty of the Basque working class in 1895, she joined the Spanish Communist Party almost as soon as it was created in 1920.

To Ibárruri, communism offered a world of equality, free from the snobbery of Spain’s aristocracy or the hypocritical opulence of its cardinals.

Driving forward with her phenomenal oratory and tireless activism, La Pasionaria soon became a leader of Spanish Communism and an elected member of Congress.

And it was Ibárruri’s defiant speeches which gave Spanish Republicans the courage to face the fascist storm head-on.

In her most famous speech (in July 1936), she coined what would become the slogan of the Republican struggle:

This last line – “They shall not pass!” – or “¡No pasarán!” – was ringing out across Madrid as the International Brigades marched up to the battlefront on 8th November 1936.

And, miraculously, Franco’s hordes  did not pass. 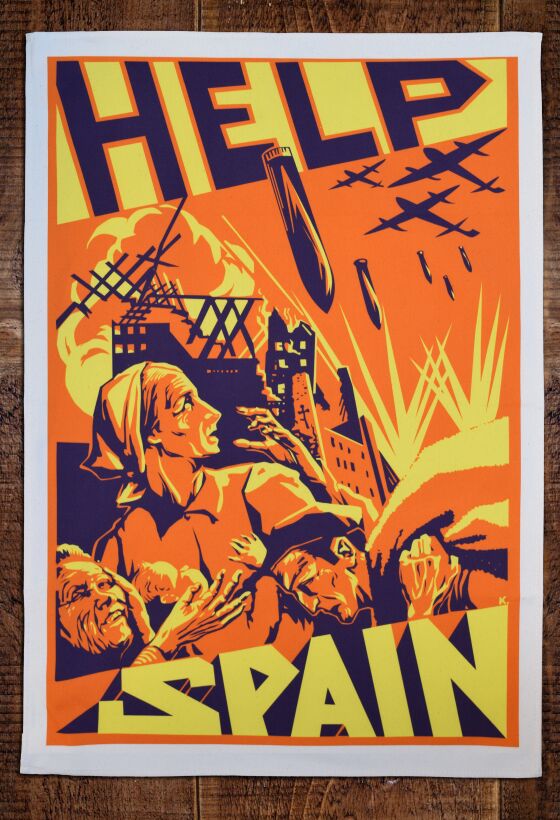 ¡No Pasarán!- a message the world could hear

Reinforced by the volunteers of the International Brigades, Spain's Republican troops stopped the fascists’ November offensive and drove them back away from the city.

Sadly, while the Spanish Republic lived to fight another day, it would eventually fall to Franco's Nationalists, who were propped up by the likes of Hitler and Mussolini as the US, Britain, France, and other world powers stood idly by.

But Ibárruri's call wasn't just ringing out in Madrid.

Just as La Pasionaria's words had rallied the people of East London during the Battle of Cable Street against Oswald Mosley’s British Fascists, they would become an international rallying cry for all those standing up against the forces of authoritarianism and hate around the world.

As we move further away in time from the disturbing political trends of the 1930s (a child born during the Battle of Madrid would be 83 today), it's more important than ever that we keep telling the stories of women like Dolores Ibárruri, and remember how their actions can inspire us now.