The Battle of Orgreave remains one of the most harrowing moments in the history of the British labour movement.

Today marks 35 years since the Battle of Orgreave – when, during the height of the 1984-85 Miners' Strike, 6,000 riot police assaulted thousands of striking mineworkers outside the Orgreave coking plant in South Yorkshire. 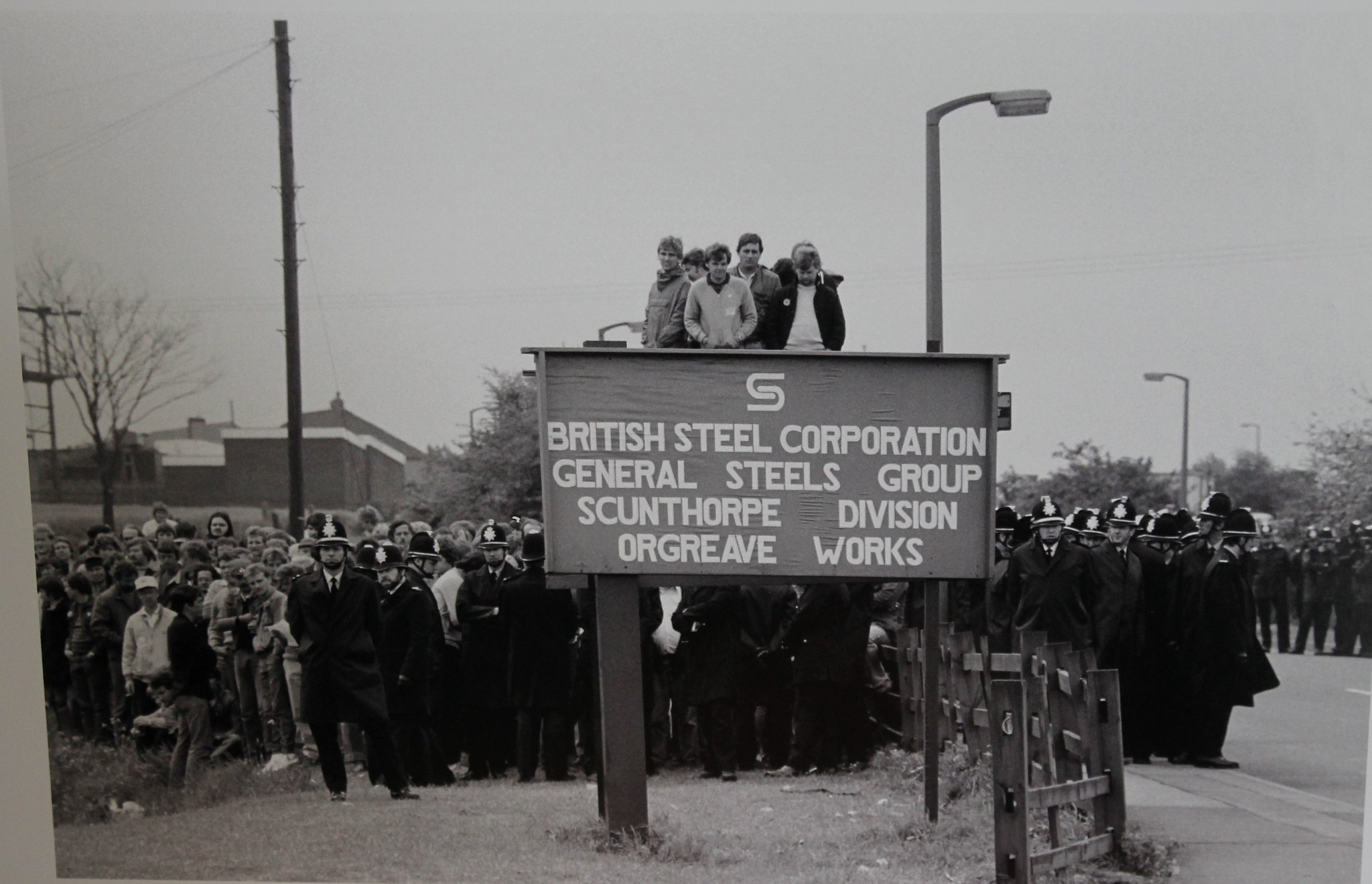 It was the bloody climax of Margaret Thatcher’s war on the British trade union movement.

While most agree that the state should have certain powers to use force for a few essential purposes, it is also commonly understood that these powers must be subject to strong limits on when, where, how, and why they’re used.

Thatcher made a habit of walking all over this principle of restraint whenever and wherever she could.

Using the military, police, and criminal justice system in thuggish – at times even murderous – ways was a speciality of the ‘Iron Lady’.

In May 1982, during the Falklands War, Thatcher ordered the sinking of the Argentine cruiser, General Belgrano, while it was exiting the area beyond which the British government had said it would not attack Argentine ships.

323 sailors were killed. Many consider it a war crime.

When the prisoners went on hunger strike against these conditions in 1981, she did nothing but watch them die, one by one – these deaths are still widely-regarded, in Northern Ireland and beyond, as blood on Thatcher's hands.

The Battle of Orgreave was yet another act in this vicious opera.


What Happened at Orgreave

On 18th June 1984, with the UK Miners' Strike well into its fourth month, South Yorkshire police showed up at the Orgreave coking plant with a plan to break the will of the strikers.

The National Union of Mineworkers (NUM) was the last trade union in Britain strong enough to face up to Thatcher’s assault on workers’ rights, and she'd had enough.

Moving on horseback, the police encircled the miners and began attacking them in waves, with cavalry and riot shields.

As one lawyer suggested soon after the incident:

“The police intended that Orgreave would be a ‘battle’ where, as a result of their preparation and organisation, they would ‘defeat’ the pickets.”

The police frenzy at Orgreave was very consciously designed to batter the NUM into submission.

Far from the liberal ideal of a politically neutral body serving the public, the police were used at Orgreave to further the anti-socialist rampage which dominated Thatcher’s 1980s.

“They wanted to teach the miners a lesson – a big lesson, such that they wouldn’t come out in force again.”

39 strikers were left injured at Orgreave, some severely.

What's more, this act of state violence was – and remains – completely unpunished and unaccountable.

After the incident, the police orchestrated an absurd campaign of misinformation to cover their own backs and put the blame on the miners.

To this day, no police officer or government official has ever been held responsible for the lies and barbarity which took place in and around the Battle of Orgreave. 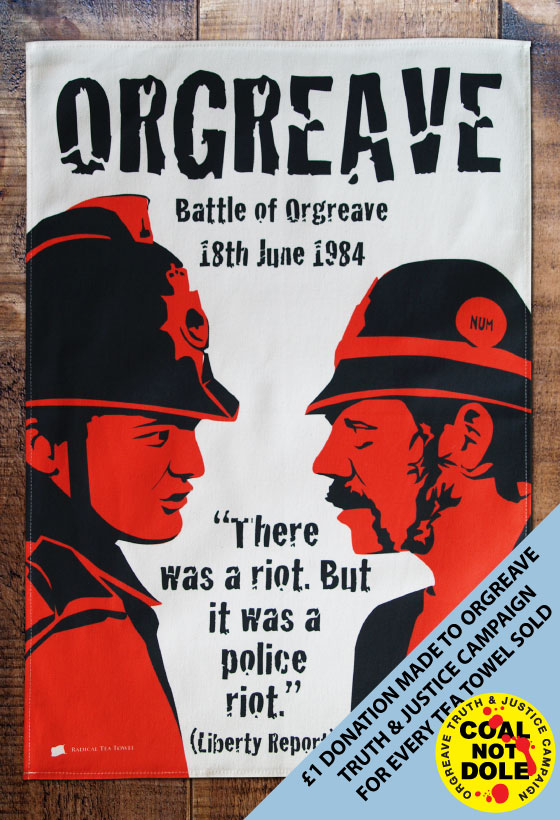 Above: £1 from the proceeds of each of our Orgreave tea towels go to the Orgreave Truth and Justice Campaign

Perhaps, rather than cheer Thatcher's bloody legacy to no end, today's Tories should set about mending the many rips Thatcherism has left in our social fabric – beginning with some justice for the men and women of Orgreave.

We know that is unlikely to happen any time soon.

This is why, for every Battle of Orgreave tea towel sold, we donate £1 to the Orgreave Truth and Justice Campaign (OTJC), which continues to bravely campaign for a full public inquiry into police (mis)conduct on that day 35 years ago.

The events of the UK Miners' Strike are but one more example of the ways in which Britain has yet to fully reckon with the dark legacy of Thatcherism across our society.

Orgreave would be a good place to start.