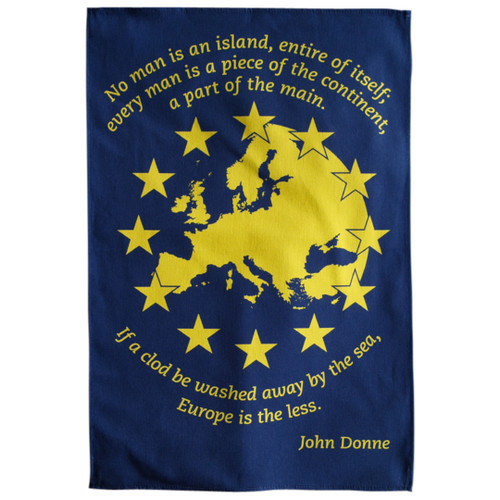 This poignant quotation on this tea towel is from Devotions upon Emergent Occasions, a 1624 work by the English poet John Donne. It’s a reminder of our connection to the rest of humanity and that we cannot thrive when are isolated from others – a particularly important message in a political era where the rhetoric of division and isolation seems increasingly common.