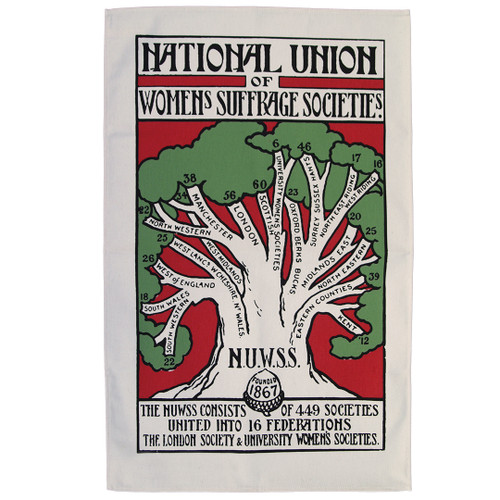 It took a long time for UK women to finally get the vote on an equal footing with men (in 1928), and it was the National Union of Women's Suffrage Societies (NUWSS) which was at the forefront of the early suffrage campaign. The NUWSS was founded 1897 under the leadership of Millicent Fawcett, when regional women’s suffrage societies with no political party allegiances came together in a union. Fawcett’s tactical and determined leadership of the NUWSS made it a substantial and influential force in the campaign for women's votes. The Suffragists in the NUWSS believed in change through peaceful parliamentary means and lobbying, an approach which eventually became a point of conflict within the group and caused a split. As a result, the Women’s Social and Political Union was formed by Emmeline Pankhurst in 1903, consisting of the more militant Suffragettes. Although it is the WSPU that often gets more recognition for its role in driving Women’s suffrage, the contributions of the NUWSS cannot be underestimated either! After all, despite disagreements over tactics, they were united in their end goal and they regularly worked together. Here’s to solidarity!