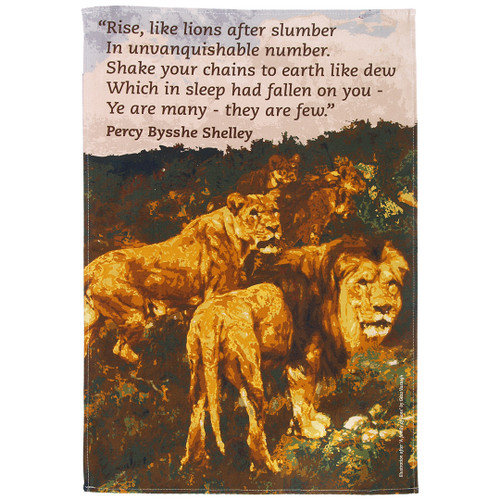 ‘Rise like lions after slumber
In unvanquishable number.
Shake your chains to earth like dew
Which in sleep had fallen on you –
Ye are many – they are few.’

Although not famous in his lifetime, Percy Bysshe Shelley is now seen as one of the finest lyric poets in the English language, and one of the most influential. The quote here comes from The Masque of Anarchy, a poem written by Shelley in 1819, inspired by the events of the Peterloo Massacre which had occurred earlier that same year. A call for freedom, perhaps the first modern one in favour of non-violent resistance to tyranny, it has since become a rallying cry for peaceful resistance, recited at uprisings throughout history, from Tiananmen Square to Tahrir Square. With Shelley being a radical in his poetry as well as in his political and social views, it’s a fitting legacy for his work. Jeremy Corbyn also quoted these words in several speeches, including once to a crowd of 120,000 at Glastonbury festival, citing it as his favourite line.