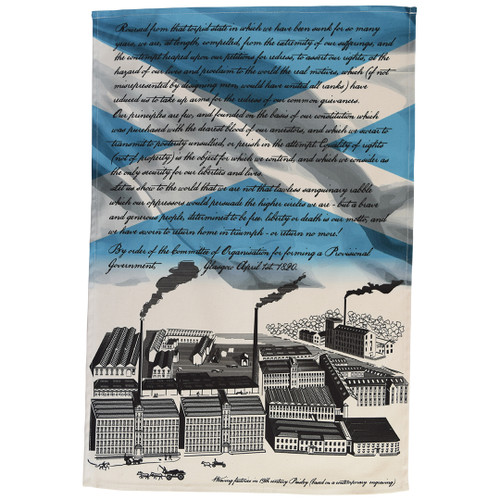 The Radical War, also known as the Scottish Insurrection of 1820, was a week of strikes and unrest in Scotland, a culmination of radical demands for reform in the United Kingdom of Great Britain and Ireland which had become prominent in the early years of the French Revolution, but had then been repressed.

An economic downturn after the end of the Napoleonic Wars had brought increasing unrest. Artisan workers, particularly weavers in Scotland, sought action to reform an uncaring government while the  Gentry and government fearing revolution sought to stamp out the movement, with government agents actively fomenting the unrest to bring radicals into the open.

A national strike was called on 1st April and on Monday 3 April work stopped in a wide area of central Scotland. There followed a swirl of disorderly events and marches. James Wilson of Strathaven was singled out as a leader and was executed in Glasgow by hanging, then decapitated. Of those seized by the British Army at Bonnymuir, John Baird and Andrew Hardie were similarly executed in Stirling after making short defiant speeches. Twenty other Radicals were sentenced to penal transportation.

The design on this tea towel is inspired by a contemporary engraving of weaving factories in 19th century Paisley.