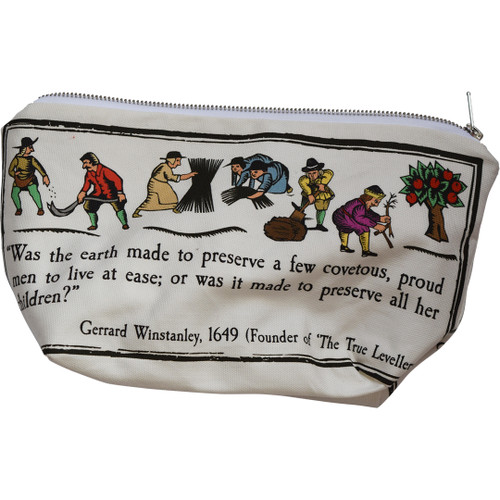 This wash bag features a quote from Gerrard Winstanley, an English Protestant, religious reformer, political activist and one of the founders of this group.

It would make a brilliant bathroom accessory for left wing or progressive friends and family! With its sturdy lining it would also make a great pencil case.