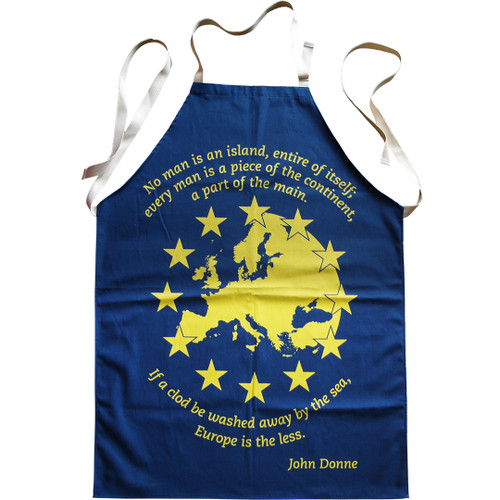 This poignant quotation on this apron is from Devotions upon Emergent Occasions, a 1624 work by the English poet John Donne. It’s a reminder of our connection to the rest of humanity and that we cannot thrive when are isolated from others – a particularly important message in a political era where the rhetoric of division and isolation seems increasingly common.

Large adult apron, in half Panama unbleached cotton (heavy weight, textured finish). Length approx 94 cm x width 72 cm. The apron has an adjustable neck loop and extra long ties (90cm) that can be fastened in front or behind. Machine wash at 40 degrees max.