Across history, radical movements for democratic change have often been led by members of the upper classes.

This can become a bit of a political weak point - "If you claim to represent the masses, then why are none of you from the masses?"

The British Women's Suffrage movement faced this problem as well. Many of its most prominent figures - like Millicent Fawcett and Emily Davison - were from very comfortable backgrounds.

The Suffragettes, however, had an answer to their critics in Annie Kenney. 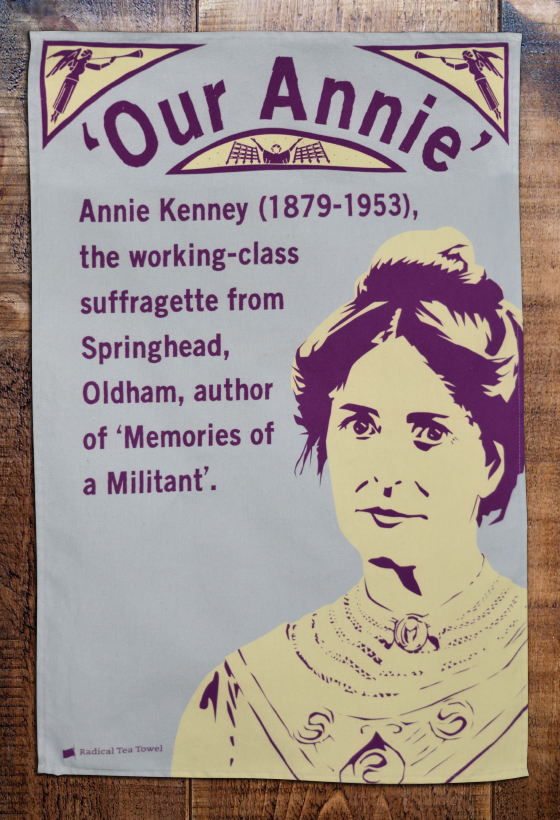 Born today in 1879, the woman who'd go on to become one of the Women's Social and Political Union's (WSPU) key figures was undeniably and unapologetically working class.

Growing up in Oldham, Annie Kenney had to slog through the hard realities of a proletarian life in late-nineteenth century Britain.

While some other suffragette leaders spent their youth studying in private schools or abroad, Kenney was working in a cotton mill in the east of Manchester from the age of 10.

She knew first hand how cruel life could be under industrial capitalism - at one point she even lost a finger while working as a weaver's assistant in her factory.

But Annie Kenney was not the type of woman to submit to the injustices of the world around her.

While at the mill she committed herself to trade unionism and the cause of labour, but she found her life's main calling in the Women's Social and Political Union.

It was a speech given in Oldham by Christabel Pankhurst and Teresa Billington-Greig which convinced Kenney to join the WSPU in 1905. From then on, she was in the front ranks of the triumphant march to the 1918 Representation of the People Act.

In October 1905, Kenney managed to disrupt a campaign speech by Winston Churchill in Manchester's Free Trade Hall, asking "will the Liberal government give votes to women?" For this high profile act she was arrested - the first of thirteen times she'd be taken in by the police.

Over the coming years, Kenney spearheaded the fight against the force-feeding of suffragette prisoners - frequently experiencing this savage treatment herself - while the movement as a whole pushed on toward the vote.

Regrettably, she followed Emmeline Pankhurst and other WSPU leaders into actively supporting the British government's participation in the Great War, which became a great massacre of Europe's working classes (the War was opposed from the start by other figures like Sylvia Pankhurst).

But in Annie Kenney we celebrate a woman who did so much to realise her vision of full female enfranchisement and the social benefits that would flow from it - not least for the working masses.


Changing the image of activism

In this sense, 'Our Annie' stands at the head of a near-endless line of radical, working-class women - women like  Ellen Wilkinson and Diane Abbott - whose activism changed twentieth century Britain for the better.

With this in mind, it's refreshing that more is now being done to commemorate Oldham's finest - in addition to her inscription on the new Millicent Fawcett statue outside Parliament, fundraising is underway to build a statue in her hometown (to which a £1 donation is made for every Annie Kenney tea towel we sell).

Here's to a real working-class heroine!