In early 1944, the French Resistance staged an uprising against Nazi rule on the Glières plateau, high up in the Alps. Though defeated, it remains one of the great moments in the history of rebellion against Hitler in occupied Europe.

These days, the French Alps are synonymous with skiing holidays, not anti-fascist insurrections.

But for a few brave weeks in early 1944, the Alpine plateau of Glières became famous throughout the war-torn world as the site of a major French Resistance uprising in the heart of Nazi Europe. 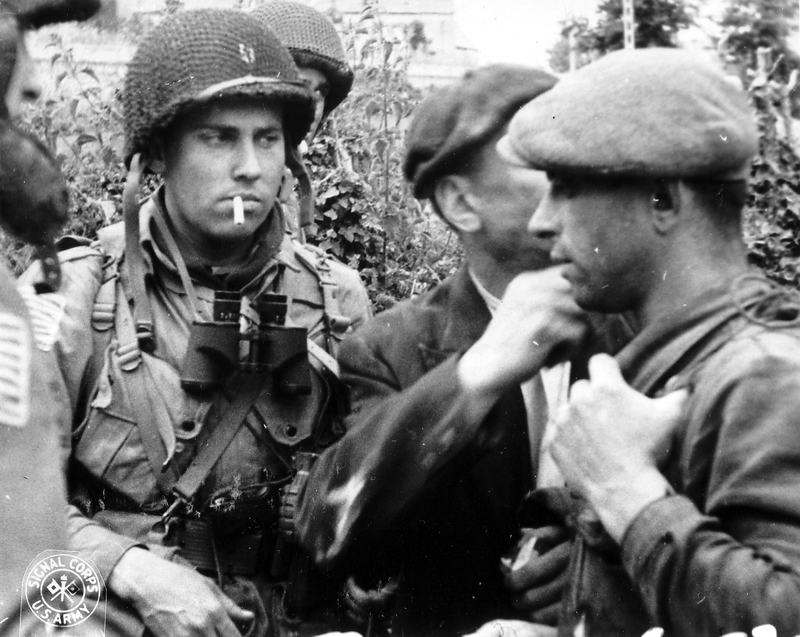 Members of the French resistance with US soldiers, ca. 1944

Today, which is the anniversary of the first meeting of the ‘Conseil national de la Résistance’ (the national organising body of the French Resistance), makes for a good moment to think back to one of the finest hours in the epic history of the fight against Nazism in France – the Battle of Glières.

The plateau of Glières was well south of the border between the northern half of France which the Nazis had occupied since 1940 and ‘Vichy France’ – the fascist puppet state which Hitler allowed to run the southern provinces for him.

This was until November 1942 when, with American forces landed in North Africa, the Nazis moved their army into the south of France to ward off an Allied invasion from the Mediterranean.

With the arrival of the Germans, the already-precarious life of the French Resistance fighters in the south became even more risky.

Now that Hitler’s barbaric SS and Gestapo were in town, capture guaranteed a monstrous torture and death for the men and women of the Resistance – as it had for their comrades in the north of France since 1940.

But the kind of people who made up the French Resistance weren’t the type to be disarmed by fear – they fought on with the fire of freedom in their hearts. As Charles De Gaulle, leader of the 'Free French' government-in-exile, had said back at the beginning of the occupation in July 1940:


1944: Retreating Nazis and a determined Resistance

By early 1944, the borders of the Nazi empire were crumbling – the Soviet Red Army was storming forward from the east, and the long-awaited invasion of France by the Western Allies was at last imminent.

But Hitler’s internal grip was as gruesomely firm as ever.

The repression of Resistance forces across Europe – whom the Nazi state always labelled ‘terrorists’ – was growing more and more severe.

But the French Resistance had always lived against the odds. Rather than pull back before the iron fist of Nazism, they went on the offensive, starting from the region of Haute-Savoie in the French Alps, bordering Italy. Difficult to access from the ground, it was perfect country for rebellion.

In February 1944, the French Resistance decided to openly fortify a part of it – the Glières plateau – and see how long they could hold out as a thorn in the Nazis’ side.

It quickly became a large ‘Maquis’ (the name for the rural guerrillas in France) base.

Gathered there were communists (the French Communist Party was one of the leading forces in the Resistance), Free French fighters, and plenty of men who’d fled into the mountains to avoid the dreaded Nazi labour draft.


A Battle in the Alps and the Liberation of France

In all, the French Resistance had about 450 soldiers on Glières, but they were soon enough besieged by thousands of Vichy militia and police.

The collaborators had more men, but the rebels had all the spirit – Glières held.

With the Vichy turncoats driven off the plateau with their tails between their legs – and the Glières insurrection fast becoming global news – the Nazis sent in their own crack troops: 4,000 soldiers, heavily-armed and with air support.

This time, it was too much for the Maquis – if spirit alone could liberate a country, France would have been free long before 1944.

The Nazis reconquered Glières brutally at the end of March, murdering all the Resistance soldiers who didn’t die in the fighting or manage to retreat to elsewhere in the Alps.

The Plateau’s brief and brilliant moment as an island of freedom in the middle of occupied France was done.

But Glières would not be back under the Nazis for much longer.

Within a few months, the Western Allies had landed in both northern and southern France, aided massively by the women and men of the French Resistance.

Amid the rise of modern-day neofascists who would rather forget the sins of World War II in pursuit of their own regressive agenda, it is more important than ever to recognise those who fought bravely to defend the values of tolerance and freedom in a far more desperate and dangerous time.

Today, we honour the brave sacrifice of those Resistance fighters who stood out for their self-sacrifice in the recovery of that freedom – France’s, and the world’s.

Read on for more on France's proud radical tradition:

Enraged in Paris, 1968
The Paris Commune and the Red Virgin of Montmartre