On 6th April 1320, thirty-nine Scottish nobles signed the Declaration of Arbroath – a letter to Pope John XXII calling him to support Scotland's claim to sovereignty against King Edward II of England.

If you've seen Mel Gibson's Braveheart, you know the story.

In 1296, Edward II's father, Edward I (these royals are really creative with names..) conquered the independent Kingdom of Scotland. This bloody campaign and the oppressive occupation that followed earned Edward I the accolade 'Hammer of the Scots'.

Scary nickname – must have made him feel like a real tough guy. 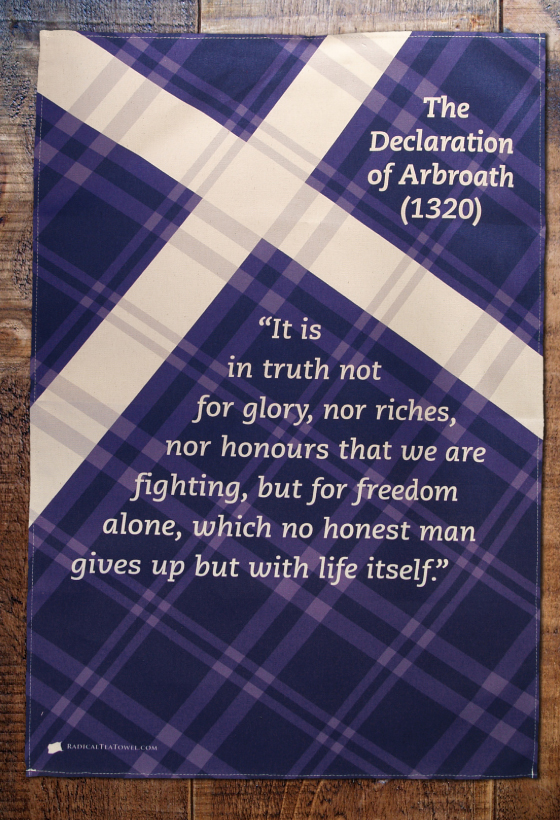 The Scottish fightback for independence

It clearly didn't intimidate anyone in Scotland, though. Almost as soon as the English invasion was complete, William Wallace launched a (sadly unsuccessful) rebellion.

As the years of insurrection and repression passed, the Scots grew more and more sick of their new overlords. Finally, in 1306, a nobleman called Robert the Bruce was crowned King of Scots.

Edward waged a brutal war against this show of national defiance.

King Robert's sister was suspended in a cage outside the English-controlled Roxburgh castle for four years. His brother, Neil, was hanged, drawn, and quartered.

But this barbarism only motivated the Scots to fight harder. In 1310, after Edward I had croaked and been succeeded by his son, the tide began to turn.

King Robert's soldiers began to hammer Edward II's armies at every turn until, in 1314, a decisive victory was won at Bannockburn.


Bannockburn: the flower of Scotland

Bannockburn is the inspiration for the Scots' modern national anthem, 'The Flower of Scotland':

"Oh Flower of Scotland,
When will we see your like again,
That fought and died for,
Your wee bit hill and glen,
And stood against him,
Proud Edward’s army,
And sent him homeward,
To think again."

At Bannockburn, the English had been shown the door. But they stubbornly continued to attack Scotland's borders, claiming sovereignty over the country and denying Robert the Bruce's legitimacy as its King.

This was why, in 1320, the Declaration was written at Arbroath Abbey to Pope John XXII.

The men at Arbroath told the Pope - in the interests of peace - to lean on England. Tell Edward to stop being such a sore loser, stop harassing Scotland's borders, and recognise Scottish independence - or else Britain would never have peace.

Soon enough, due to a combination of the support the Scots' letter had won from Rome and the hard fact that Scotland's armies could no longer be overcome, the English gave up and recognised the freedom of their Northern neighbour.

But the ultimate significance of the Declaration of Arbroath isn't limited to the 1300s.

Ever since, it has continued to inspire revolutionaries all over the world to fight the English crown for their freedom - from Owain Glyndwr's medieval rebellion in 15th century Wales, to the American Revolutionaries drafting their Declaration of Independence for the Thirteen Colonies in the 18th century.

And today it's still cited by those seeking to protect Scotland's interests. 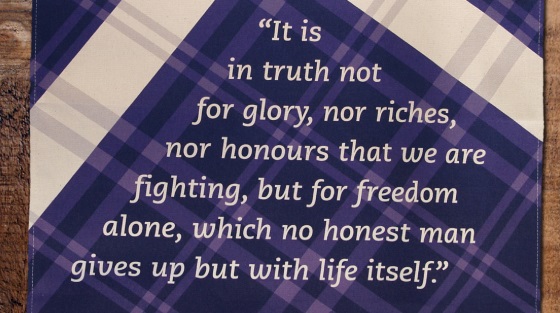