It was 1965 in Accra, the capital city of Ghana. Maya Angelou had been set up there for a few years working as a journalist. It was a long way from her birthplace in St Louis (Missouri), but she enjoyed life in Africa. 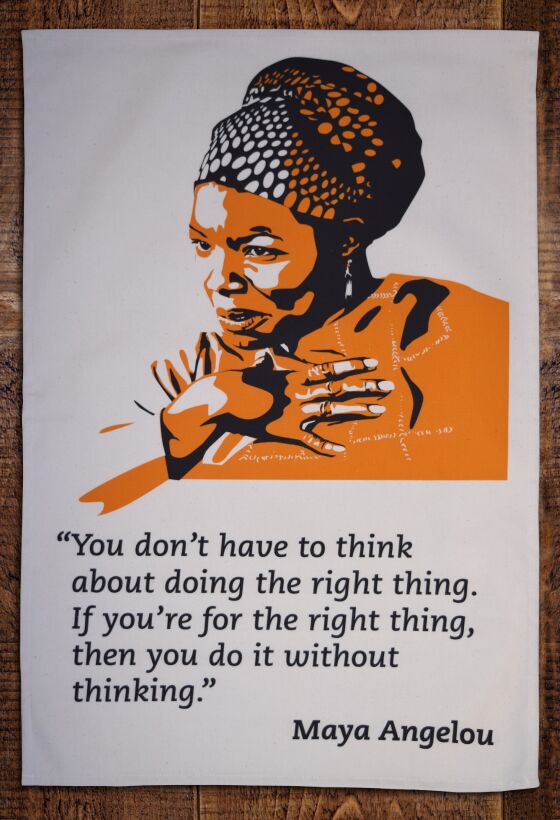 One day in January, her son, Guy, got home from school to find a feast of fried chicken – his mum's speciality – laid out. But that wasn't the most striking thing in the dining room.

Sitting at the table was none other than the Afro-American radical leader, Malcolm X.

He was in Africa trying to find a national leader willing to bring an indictment for genocide against the United States.

Malcolm X wasn't able to get any heads of government to back his campaign – they were all too reliant on US aid money. But he did leave an impression on the Angelou family.

True, Maya's son remembered how he was "almost sorry to meet Malcolm X because the chicken was so good and I had to share it with him."

But – chicken jealousy aside – both him and his mum were big fans of X's radical, pan-African politics.

Maya Angelou had met Martin Luther King in 1960 and worked in his civil rights organisation, but something in Malcolm X's more radical, more internationalist tone also chimed with her.

Both of them, for example, were vocal supporters of Fidel Castro and Che Guevara's Cuban revolution.

Angelou and Malcolm X felt Cuba deserved their support, partly because Cuba was a steadfast ally of African movements for liberation from colonialism throughout the Cold War. This commitment was grounded in an internationalist belief, to use Angelou's words, that we should "respond generously to the cries of Blacks and Whites, Asians, Hispanics, the poor who live piteously on the floor of our planet."

Cuba helped Algeria against the French Empire, sent aid to socialist elements in the Congo after they'd been overthrown in a CIA-sponsored coup, and sent thousands of troops to Angola to defeat Apartheid-backed warlords.

Speaking of the success in Angola, Nelson Mandela – whom Maya Angelou met in Cairo while he was still a free man in 1962 – said that "without Cuba's victory, our organisations in South Africa would not have been legalised."

This isn't the version of Cuba – spending its blood and sweat to defeat colonialism in Africa – we usually get to hear about. But it's the version of Cuba which Maya Angelou, Malcolm X, Nelson Mandela and countless other black people around the world saw and respected.

As Angelou once said when confronted by a reporter over her 'Communist sympathies': "wasn’t no Communist country that put my granpappa in slavery."

While this post might have said a bit more about Cuban foreign policy and a bit less about Maya Angelou than you'd have expected on the fourth anniversary of her death, perhaps it's what she would have wanted.

Angelou gave her life to voicing injustices concealed and heroes denied by media in the West. As such, she'd probably think another eulogy describing her incredible life would be a waste.

So instead I'm marking her death by putting the spotlight on Cuba's steadfast support for African liberation – a commitment little reported in the press, but valued by Angelou.