For the second instalment of our Black History Month series, we take a trip to the South Wales Coalfield to explore the powerful, political friendship between the African-American radical singer, Paul Robeson, and Welsh miners.

Last week we kicked off our three-part series for UK Black History Month last week with the untold story of black abolitionists like Olaudah Equiano and Mary Prince who led the fight against slavery in 19th century Britain.

Now, I’m going to fast-forward a hundred years to the 1930s – and delve underground, way down the mineshafts of industrial South Wales.

The place of the South Wales Coalfield in the story of Britain’s radical black past doesn't have so much to do with the miners themselves as with their greatest supporter and ally aboveground – Paul Robeson.

Robeson, an African American born in Princeton, New Jersey, was an international celebrity in the 1920s.

Blessed with talents for almost everything – from legal studies to American Football – by 1929 he was world famous for his singing and acting, known on both sides of the Atlantic for his roles in 'The Emperor Jones' and 'Othello'.

But it was in this year that his life took a new turn – led by a chance encounter with a bunch of Welshmen in London. 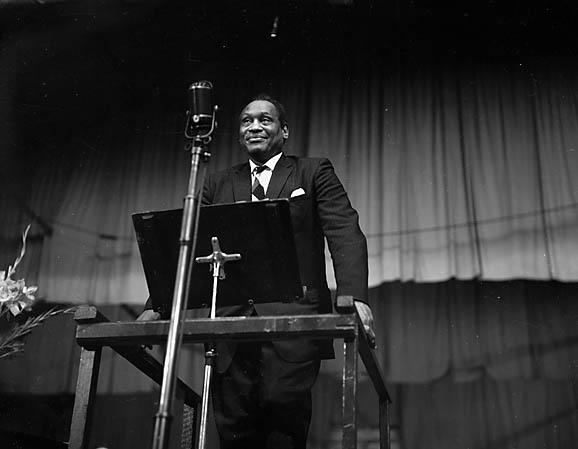 Robeson was in town performing the musical Show Boat when, on his way back from a matinee performance, he stumbled across a band of Welsh miners marching down the road.

They were bedraggled and starving: blacklisted by the mining bosses of the South Wales Coalfield for taking part in the defiant 1926 General Strike, they had marched to London all the way from the Rhondda to protest their treatment and poverty.

And, remarkably, Paul Robeson began to march with them.

Drawn to the Welshmen by the sweet sound of their choral singing – so reminiscent of the African-American church choirs with which he’d grown up – Robeson went along with the men through the streets of London, lending his own voice to help boost their spirits.

It would be an overstatement to say this experience of solidarity with socialist workers created Paul Robeson’s radical politics (for years he’d been a critic of imperialism and racism in and beyond the US), but it certainly spurred them on.

The following decades would see Robeson become more and more vocal in his progressive criticisms of the global status quo, from his support for the Republican cause in the Spanish Civil War to his brave defiance of the McCarthyite ‘Red Scare’ in the States.

But the chance meeting in 1929 London certainly did create a lifelong bond between Paul Robeson and the Welsh labour movement. 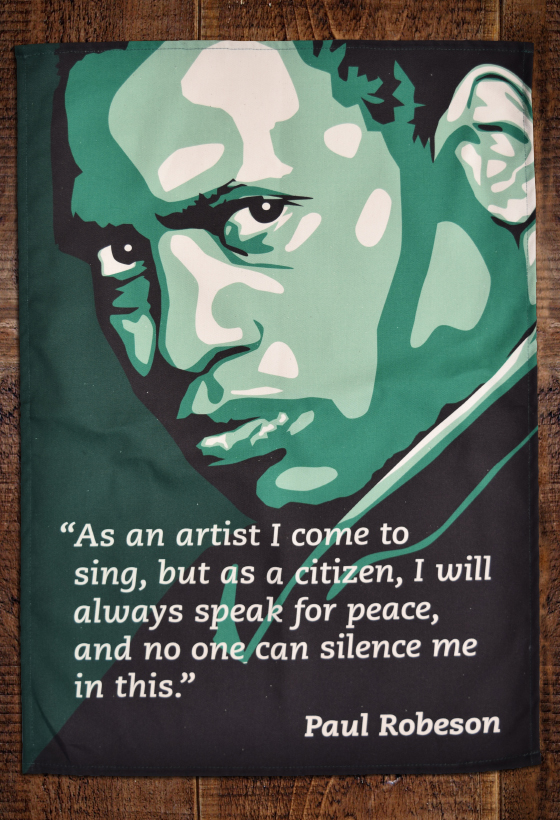 In the years afterwards, Robeson donated funds from his concerts to Welsh miners; he forged a strong friendship with the Labour giant from Tredegar, Aneurin Bevan; and in 1957, he sang for a massive gathering of miners at Porthcawl.

Introducing himself, Robeson notably gave “my warmest greetings to the people of my beloved Wales, and a special hello to the miners of south Wales.”

This fiercely powerful political and emotional friendship with Paul Robeson gave the Welsh miners the strength to carry on through the grim years of Depression and war, and it gave Robeson himself vitally hopeful lessons about radical politics.

As Robeson once observed, “it’s from the miners in Wales that I first understood the struggle of Negro and white together.”

Through the story of Welsh miners and their most famous American ally, we see how Black History Month can also take us beyond our national borders – to revisit (or discover for the first time) black heroes from other parts of the world who have played a role in the Radical History of the British Isles.

In the third and final instalment of our 2019 Black History Month series, we'll travel this time back to 1945, to see how a group of colonial Africans pushed for the freedom in the dusty, industrial streets of post-war Manchester.