'The Land of the Free' is how we're often introduced to the United States.

Of course, there have been plenty of Americans who moved mountains to make America a freer place to live: Sojourner Truth, Abe Lincoln, Alice Paul, Muhammad Ali and many more.

But sometimes the reality of US society hasn't matched the self-congratulatory accolades. 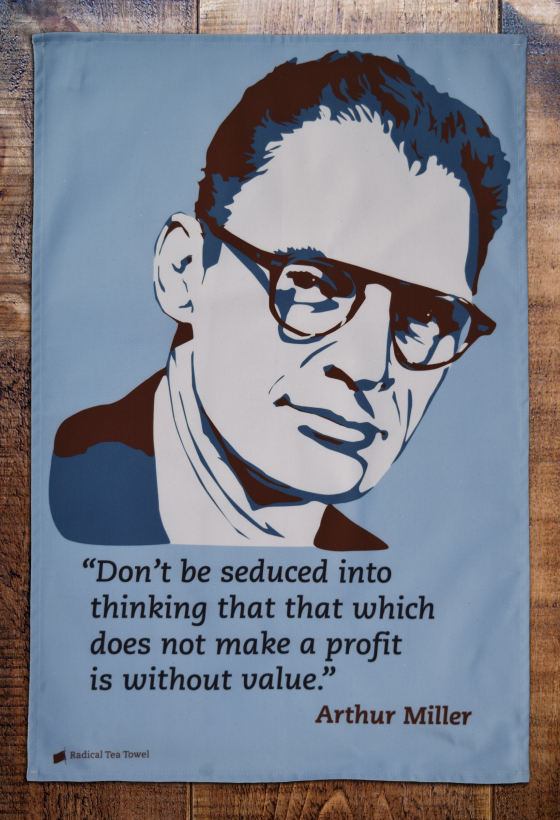 HUAC and McCarthyism in America

HUAC, encouraged by rabid right-wing senator Joseph McCarthy, was supposedly on the hunt for communist activity in the film industry.

This campaign, encouraged by Republicans and Democrats alike, was perhaps the most reprehensible aspect of America's Cold War at home.

If it had been persecution of card-carrying Communists alone, HUAC's offensive would have been an intolerable violation of political freedoms.

But in practice, HUAC, along with other right-wing institutions of state and civil society, was exploiting geopolitical fears of the Soviet Union to crack down on all socialist and socialist-ic thought in the US, communist or otherwise.

In 1947, for example, Walt Disney (who, despite his cuddly image, was a politically vile individual with strong fascist tendencies who allied himself closely with HUAC) issued a pamphlet to Hollywood producers telling them: "Don't smear the free-enterprise system… Don't smear industrialists… Don't smear wealth… Don't smear the profit motive… Don't deify the 'common man'… Don't glorify the collective."

For Disney, these principles were 'communistic touches', but they could equally be called virtues of most on the Left.

Progressive beliefs, then, not just the Communist Party, were HUAC's target.

The Committee got to work quickly. In October 1947, when the Cold War had hardly begun, it produced a witness list of 43 Hollywood figures it decided were relevant to the investigation of communist infiltration of the industry. Of those on the list, 19 immediately refused to give evidence if summoned because the whole exercise was a violation of their First Amendment right to free speech and thought.

11 of these objectors were eventually summoned by HUAC. Bertolt Brecht, the émigré German playwright, soon after agreed to speak to the Committee, which left ten in open defiance.

These guys - among them the famous Spartacus screenwriter, Dalton Trumbo - became the 'Hollywood Ten'. They were charged with 'Contempt of Congress' and sentenced to year-long prison sentences (this was all just 70 years ago!).

Above: anti-communist literature from the 1950s

Wealthy film bosses saw HUAC's attack as an opportunity to crackdown on their Leftist employees. They began to blacklist actors, writers, and cartoonists who were even remotely suspected of communist sympathies (Dalton Trumbo, for example, wouldn't get work again for over a decade).

With this level of pressure on their livelihoods, many in Hollywood regrettably began to cave in.

This move cost Kazan his long friendship with Arthur Miller, who was inspired by the episode to write 'The Crucible', which drew an analogy between the ongoing persecution of the US Left with the Salem Witch Trials of 1692.

Miller himself was called before HUAC in 1956. He refused to name communists, saying "I could not use the name of another person and bring trouble on him."

Miller was then convicted for Contempt of Congress before fortunately having this overturned in 1958.

Defiance against HUAC and the progressive fight back

But perhaps the most defiant testimony to HUAC - and that which captured the Committee's true nature - was given by the blacklisted actor Lionel Stander in 1951.

He began by curiously promising to support the fight against subversive activities in the US, and then said:

"I know of a group of fanatics who are desperately trying to undermine the Constitution of the United States by depriving artists and others of Life, Liberty, and the Pursuit of Happiness without due process of law... I can tell names and cite instances and I am one of the first victims of it... This is a group of ex-Fascists and America-Firsters and anti-Semites, people who hate everybody, including Negroes, minority groups, and most likely themselves... These people are engaged in a conspiracy outside all the legal processes to undermine the very fundamental American concepts upon which our entire system of democracy exists." - Lionel Stander

To his interrogators' embarrassment, it quickly became clear Stander was talking not about the US Communist Party, but about HUAC.

First, for all the revolutionary ideals and formal freedoms of the USA, the history of its Left has been one of institutionalised persecution - from the arrest of anti-war activists like Emma Goldman and Eugene Debs during WWI, to the FBI's harassment of the African-American Civil Rights Movement.

And second, the Cold War (like most political conflicts) was not a simple matter of good guy versus bad guy. The American establishment practised political persecution and used thoroughly undemocratic methods that would have been quite familiar to the KGB and the rest of the Soviet state.

But I can't end on such a low note.

What's more, today we're seeing US progressivism and socialism breaking through for the first time in a long while with characters like Bernie Sanders and Julia Salazar starting to score political victories.

I hope Joe McCarthy and the other HUAC villains are somewhere with a good view.