Here's a contemporary image of the demonstration, showing a crowd which included women and men of all classes: 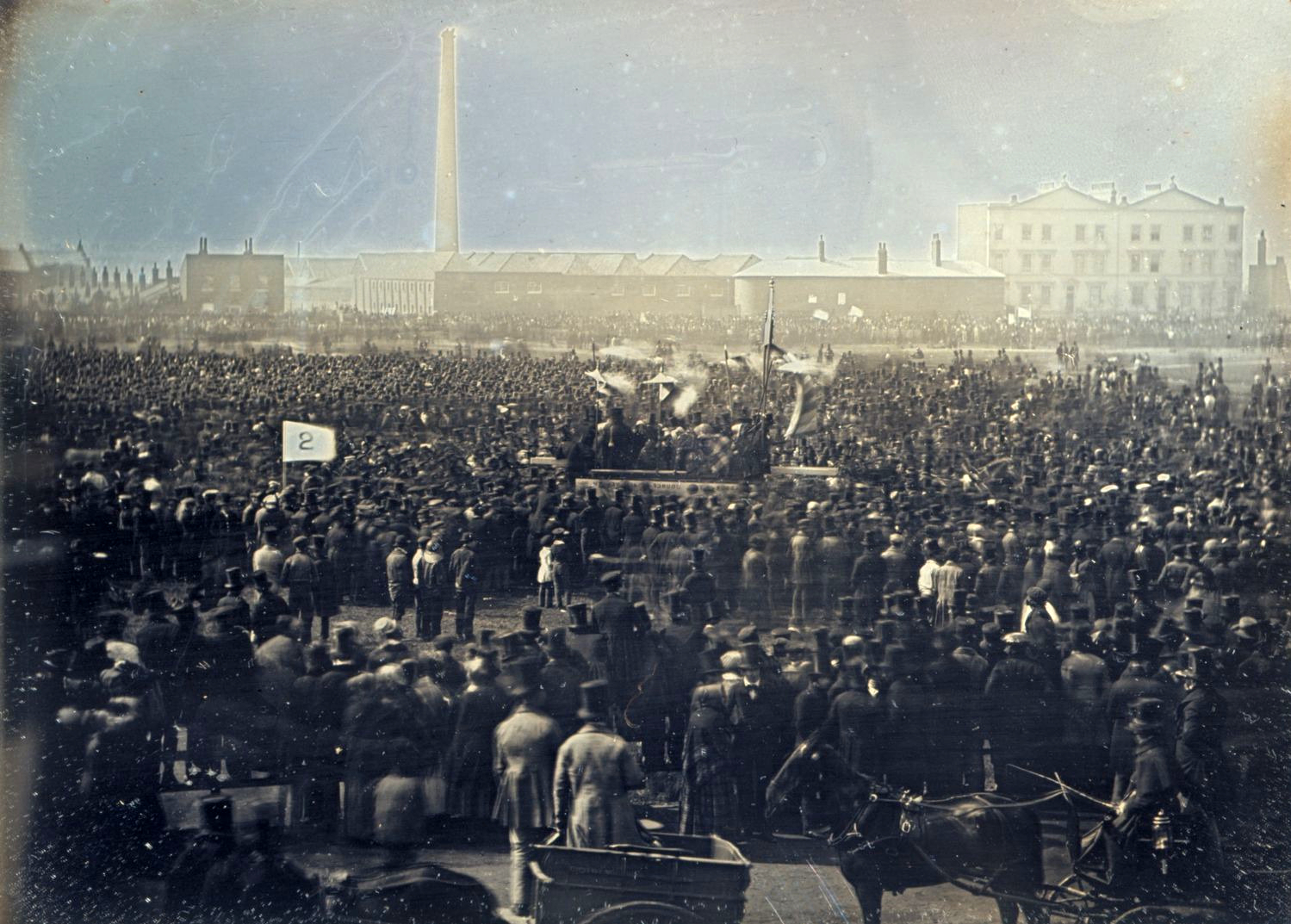 Credit to Eugenio Biagini for painstakingly retouching this incredible image

They'd been prompted to attend by the likes of this poster, which proclaimed a peaceful protest despite the fear-mongering of the press: 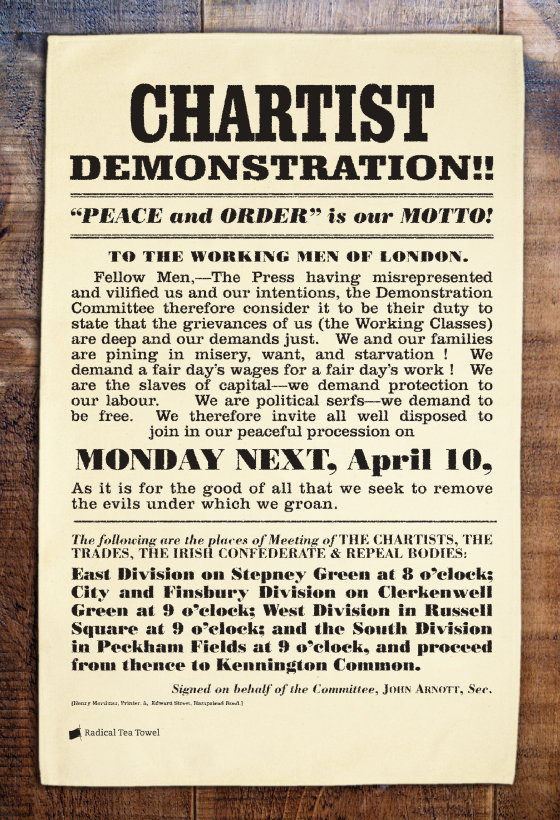 
A revolutionary tide had come to Kennington

You can see why the establishment newspapers were worried. It was, after all, the spring of 1848 - a year when Europe was dancing to the tune of revolution.

France overthrew its monarchy, people from across the German states came together calling for democratic freedoms, and the Hungarians rose up against their Austrian emperor in the east.

Above all this excitement, a fierce wind of internationalism was blowing. It blew through Paris and Frankfurt, Vienna and Budapest, and it blew across London as well - because on that Spring morning, it was not just English Chartists getting their boots muddy on Kennington Common, there were hundreds of Irish as well.

Irish Nationalists were out in force to support the Chartist cause. They were, in their own words, "determined to stand by their Chartist friends in the assertion of the great constitutional right now at stake."

In amongst the fluttering banners of the English with their classic Chartist slogans – "The voice of the people is the voice of God", "No property qualification", "Onward, we conquer; backward, we fall" and so on – was the green banner of a 'Free Ireland' with its famous words: "Erin go bragh" (Ireland Forever).


O'Connor and the Chartist alliance

The biggest name among the Irish, and the chief organiser of the Kennington rally, was a man called Feargus O'Connor.

He was a Protestant (these were the days when Irish nationalism wasn't as limited to Catholics as it has become), who came from a family of eccentric radicals. His dad and uncle had been Irish nationalist politicians, and his brother had gone to South America to fight in Simón Bolívar's liberation armies.

Growing up with relatives like this it's hardly surprising that O'Connor gravitated to progressive movements. By 1848 he was a well-known voice on issues like free trade, poverty reduction, workers' rights, and, of course, suffrage.

A formidable Irish patriot and internationalist, he stands in a line leading down to the likes of Constance Markievicz (the first woman elected to the House of Commons) and the heroes of 1916 in the 20th century.

O'Connor and his countrymen, by standing with British Chartism on Kennington Common, recognised the natural alliance between the causes of working class freedom on the mainland and Ireland's right to govern itself.

When we think of London Irish nowadays we might imagine Celtic fans in pubs or people who are actually happy to talk to others on the tube.

But there's something more to the Irish in London - a tradition of radical politics reaching back to O'Connor and his comrades on Kennington Common in 1848.