Our latest tea towel design honours the late Harry Leslie Smith, one of the staunchest modern advocates for our National Health Service. With American plutocrats turning their eyes on the NHS, it’s more important than ever that we continue to defend it with all we’ve got. 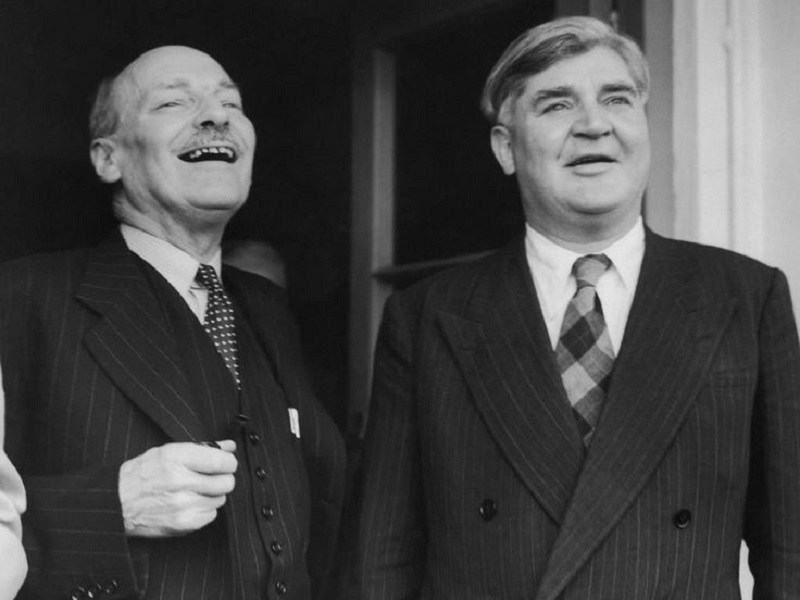 During an appearance at the Labour Party conference in 2014, the writer and political commentator Harry Leslie Smith issued a stern warning:

“We must never, ever let the NHS free from our grasp, because if we do, your future will be my past.”

The past of which he was speaking was one of widespread poverty in Britain before 5th July 1948, when Aneurin Bevan inaugurated our National Health Service.

Medical treatment in pre-NHS Britain was a heartless hellscape of untamed capitalism, where money bought life and poverty meant death.

Back then, in the 1920s and ‘30s of Harry’s childhood, curable illnesses were often a death sentence for the millions of people too poor to afford private healthcare.

Fortunately for Smith (and for the rest of us living in Britain in the decades since), as a young man he would see Attlee's post-war government knock this rotten structure down.

Elected with a mandate to transform the country in the wake of World War II, the criminally limited access to healthcare in Britain became the new government's top target.

It found its solution in a National Health Service built on the principle of healthcare being free at the point of delivery, from cradle to grave.

But the ministers and politicians of the Labour government didn’t create the NHS in a vacuum.

From the ruins of war, to a National Health Service

In 1948, the people of western Europe were still reeling from the damage and devastation done by Hitler.

Irrespective of the brewing Cold War between the United States and the Soviet Union, many countries began turning to the hope and promises of reconstruction offered by Leftist parties across the continent.

May 1946 brought the Dutch socialists into government.

And in July 1945, Winston Churchill was put out of power by a shock Labour landslide, won on an unabashedly socialist policy programme.

Watching this from across the pond, US President Harry Truman was worried.

A socialist tide in the West

Perhaps, US leaders worried, the Cold War was about to be lost before it was begun – not with Soviet tanks, but through the genuine popularity of socialist politics among the people of Western Europe.

So, when Britain – America’s most reliably conservative free market ally – eagerly set out on a programme of socialist economic reform, capped by its new National Health Service, the White House was left uneasy.

Truman and his successors would eventually get on just fine with British socialism.

They were, after all, the political children of Franklin Roosevelt’s New Deal – America’s own project of progressive restructuring, not unlike that of Attlee, Bevan, and co.

In 1965, the United States even enacted its own version of the NHS – the "Medicare" public health care system for people over the age of 65, which remains one of America's most popular government programmes to this day.

Harry Leslie Smith saw the Labour Party transform Britain for the better, and the American government come to terms with this newfound socialism.

But Smith died at the end of last year – too soon to see the latest United States government turn its greedy, neoliberal sights on our NHS. 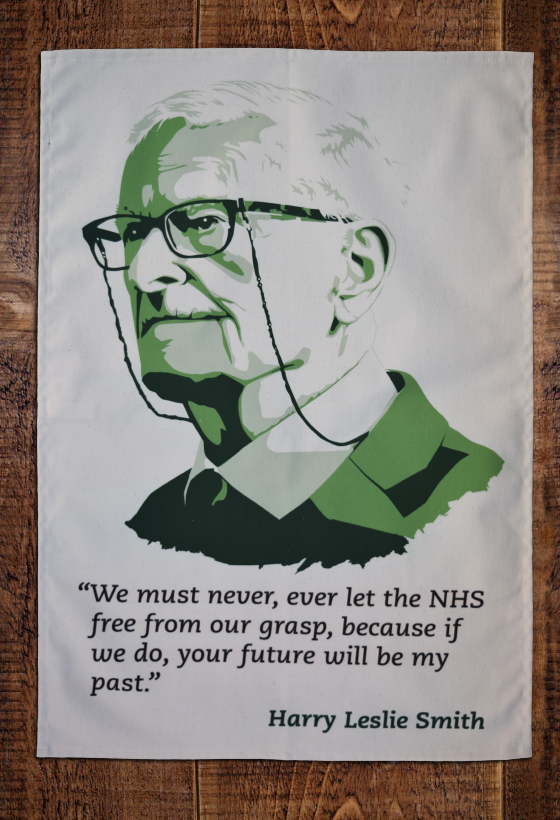 Above: Our brand new tea towel design with Harry Leslie Smith's memorable words from 2014 - as relevant today as ever

The NHS under threat

You may have heard that, during Trump’s latest trip to the UK, he said he wanted ‘everything on the table’ in this big post-Brexit trade deal the US and UK keep talking about.

And according to Trump and his UK ambassador Woody Johnson, scion of the US multinational Johnson & Johnson, 'everything' includes the National Health Service.

Trump and Johnson probably dream of our NHS being opened up to a rampant privatisation spree, spearheaded by their pals in American Big Pharma.

But the response of the British press and even our Tory government during Trump's visit – which forced Trump to do something very un-Trumpian, and actually backtrack on his callous demand – was telling.

Because when it comes to the NHS, even the dreams of America's healthcare plutocrats and self-styled "masters of the universe" on Wall Street are no match for the greatest social achievement in the history of this country (and maybe the one thing which can still unite the British public).

It’s the 71st birthday of the NHS today – may it have many, many, many more.

Read our blog for more on Bevan, Attlee, and other heroes who changed Britain