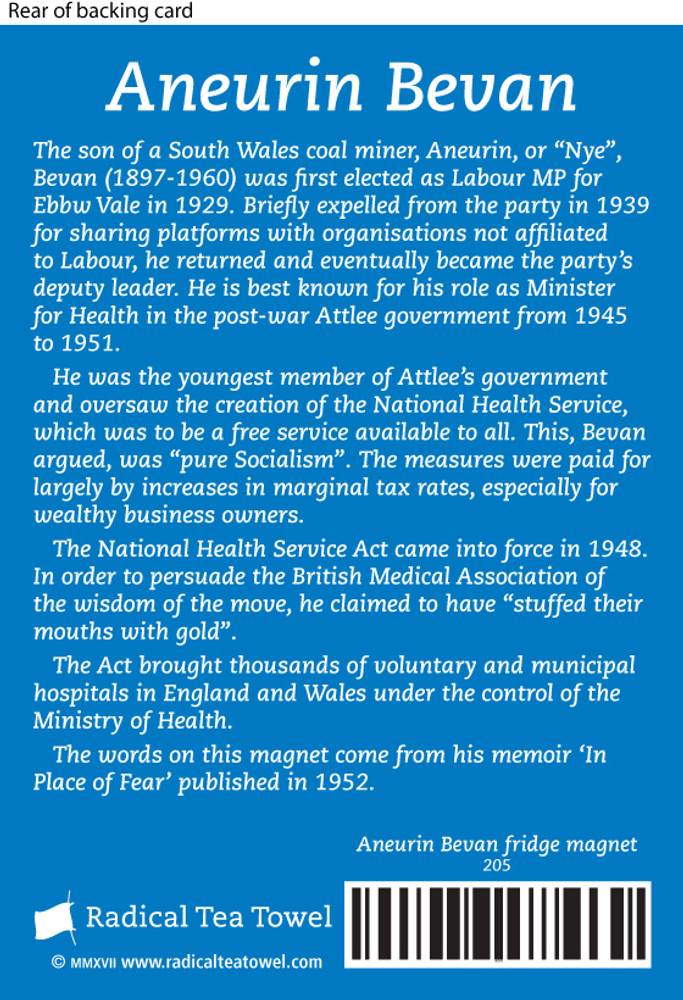 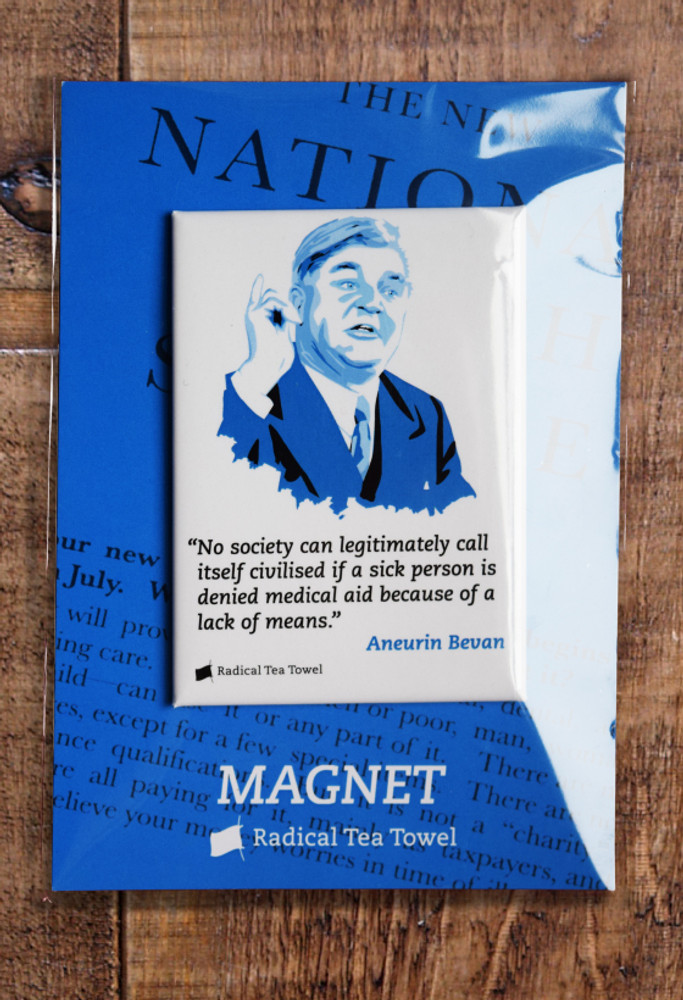 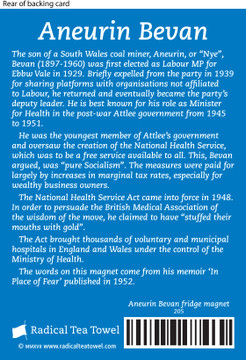 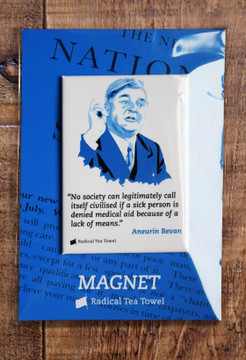 ‘No society can legitimately call itself civilised if a sick person is denied medical aid because of lack of means.’

That’s what Aneurin Bevan, Minister for Health in the UK (1945-1951) argued. Inspired by his vision, the Labour Party established the National Health Service in 1948, under the founding principles that good health care should be available to all, regardless of wealth. The NHS has been providing comprehensive, universal and free healthcare since. During the opening ceremony for the London 2012 Olympics, it was described as ‘the institution which more than any other unites our nation.’

We don’t think this fridge magnet is a political gift – but humanitarian one. Today at a time where health services are threatened by cuts and privatisation, Bevan’s message remains a healthy dose of reality about the necessities for quality of life and human dignity.