It irks me a bit when people phrase things in terms of "the British did this" or "the Mexicans did that".

An adjective like 'British' or 'Mexican' denotes millions of people - millions who aren't going to do the same thing in a given situation.

The same is true of Germans in the 1930s and 1940s vis-à-vis Hilter. A lot went along with the Nazis, but many Germans passionately rejected him.

We have, for example, the dissident cleric Martin Niemöller on one of our tea towels.

Today, however, on the anniversary of the 1936 Berlin Olympics, I'm thinking more of a young woman called Clara Thalmann. 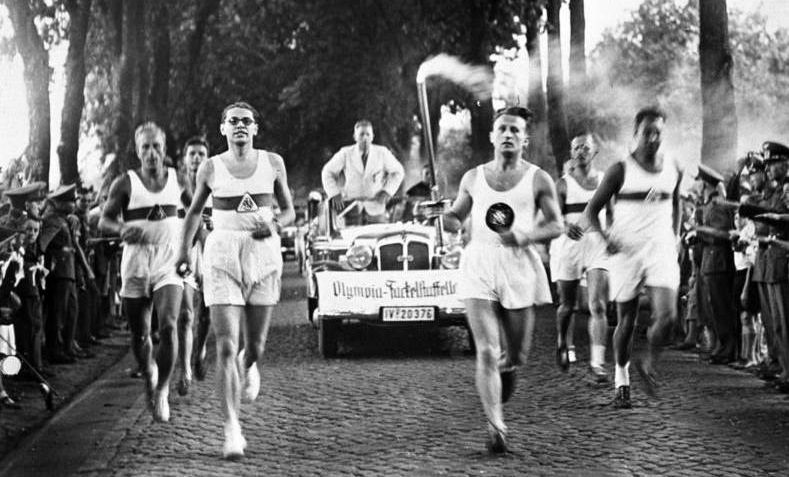 Above: runners with the Olympic flame in 1936


A people's Olympiad: the right response to fascism

Hitler intended to make the Games a fanfare of Nazi racialism, and many governments - including Britain's - refused to take a stand against it. Not so the newly-elected socialist administration in Spain.

Spain not only boycotted the Berlin Olympics, but decided to host its own, alternative 'People's Olympiad' in Barcelona. With an insignia of three athletes - one white, one black, one brown - it was an overt, egalitarian and internationalist middle-finger to Nazism.

Because most official athletics associations were unwilling to boycott Berlin, athletes were mostly sent to Spain (from all over the world) by left-wing organisations like socialist political parties and trade unions.


Anti-fascism as an internationalist movement

One was a talented young swimmer called Clara Thalmann.

She was the 28-year-old daughter of a working-class German socialist who had gone into exile in Switzerland.

Clara herself had been a founding member of the Swiss Communist Party, inspired by the Russian Revolution a year earlier. In the late-1920s, she grew alienated from official Communism by Stalin's repression, gravitating instead to Leon Trotsky and the Left Opposition.

This was her situation when she went to compete in the 1936 Barcelona People's Olympiad.

On 15th July, four days before they were due to begin, General Francisco Franco and his fascists launched their rebellion, igniting the Spanish Civil War. 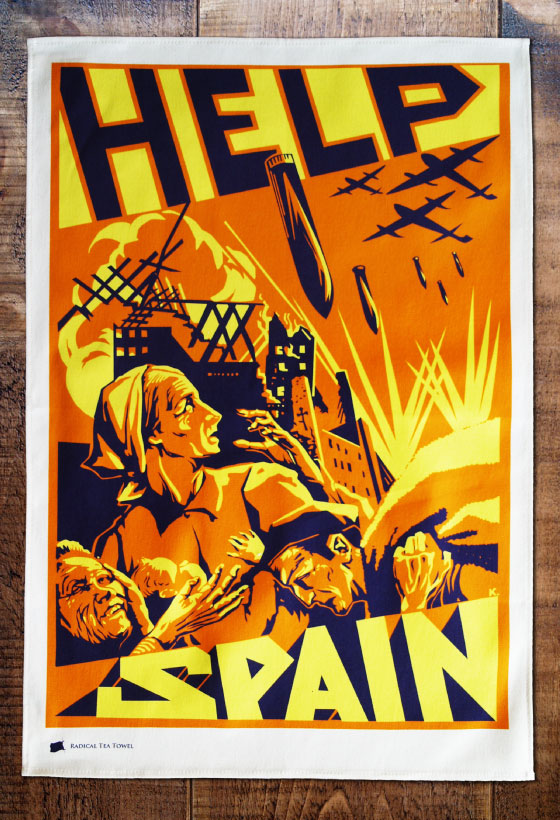 
Thalmann and the international Brigades

The People's Games were cancelled as the Republic had to prepare to defend itself against the revolt. The athletes returned, disheartened, to their homelands.

Not all of them, though. Clara Thalmann stayed behind, resolving to fight for the Republic and defend Spanish democracy. And by no means was she the only German to do so.

Thousands of Leftists from Germany volunteered. Names like Hans Beimler, Hans Kahle, and Ludwig Renn decorate the proud history of the International Brigades.

In the course of her service in Spain, Clara Thalmann served with courage on the Aragon front alongside the famed anarchist, Buenaventura Durruti, as well as befriending George Orwell in Catalonia.

What's more, her days fighting fascism weren't done despite the brave death of the Spanish Republic in 1939.

Finding herself in Paris when the Nazis occupied France, Thalmann established a small French Resistance group - the 'Groupe Révolutionnaire Prolétarien' - which risked life and limb sheltering Jews and German political exiles from the Gestapo.

Clara Thalmann was, evidently, a courageous woman with an aptitude for swimming and a a taste for anti-fascism.


Anti-fascism has no borders, it is a fight for us all

To history, she is proof that this statement - "the Germans supported Hitler" - is false.

While many Germans did, others - Thalmann, Niemöller, Sophie and Hans Scholl, Georg Elser, Dietrich Bonhoeffer and countless more - fought against Nazism with a passion unmatched anywhere in the world.

Today, then, take a quick moment to thank the German heroes of the struggle against Nazism and fascism.

Gegen Rechts! ('Against the right!')