It’s 70 years since the death of George Orwell. In these times of mass disinformation, a man so committed to the value of truth is well worth remembering.

“I have come to Spain to join the militia to fight against Fascism.”

So declared George Orwell when he arrived in Catalonia in 1936.

Today marks 70 years since the death of this eccentric and courageous Englishman who, in an era of rampant fake news and disinformation, is still as relevant as ever.

More than anyone in modern British history, Orwell’s remembered for his defiant commitment to the value of truth. 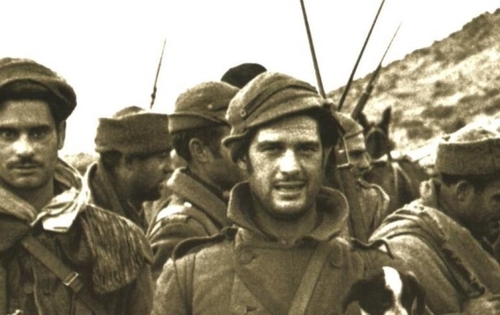 Orwell on the front lines in Catalonia: click to read more inspiring stories on our blog

Like countless brave radicals from all over the world, Orwell struck out for Spain when he heard that General Francisco Franco, backed by Hitler and Mussolini, had launched a rebellion against the elected left-wing government.

Orwell, a devout socialist, set off to join thousands of comrades in the fight to save Spanish democracy.

Unlike most foreign volunteers who joined the Soviet-organised International Brigades on the Madrid front, Orwell ended up in the ‘Partit Obrer d’Unificació Marxista’ (POUM) militias fighting the fascists in Catalonia and Aragon.

His time in Spain, seeing first-hand the workers’ unity and solidarity against fascism, was inspiring.

Orwell wrote to a friend, “I have seen wonderful things and at last really believe in Socialism.”

But for all its many, many virtues, the great campaign against Franco couldn’t escape the infighting which beset international socialism in the 1930s.

While the USSR was the only major power to support the legitimate Spanish government against Franco, Stalin also used its military presence in Spain to extend his global campaign against the dissident Leon Trotsky.

In 1937, behind the lines, Soviet agents began to arrest and murder members of ‘Trotskyite’ groups in the anti-fascist coalition, of which Orwell’s POUM was one.

Stalin’s purges had gone global. Orwell managed a dramatic escape to France before he, too, was rounded up.

Back in England, Orwell, disgusted by Stalin’s betrayal (not to mention the damage it had done to the Spanish Republic’s war effort), tried to report his experiences in the British press.

But he was dismayed to discover a general media blackout on the crimes being committed by Stalin in Spain.

Left-leaning newspapers like the Daily Herald were unwilling to publish stories which would damage the Soviets’ reputation, fearing this would weaken the global front against fascism.

And with the outbreak of World War II and Churchill’s alliance with the USSR, the right-wing press joined the whitewashing. 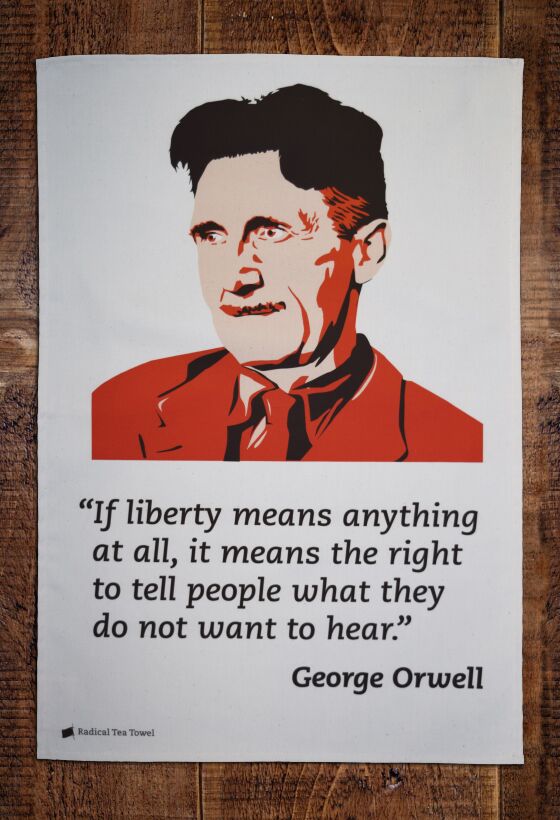 'To tell the truth is a revolutionary act'

Orwell defied this media blackout by publishing his now-famous account, Homage to Catalonia, in 1938, but for years it was spurned by leftists as anti-Soviet propaganda.

Finally, with the end of World War II and the start of the Cold War, Orwell’s anti-Stalinist writing – which peaked with the allegory Animal Farm (1945) – started to get some interest in Britain.

But Orwell knew that this was only because the truth he was telling now happened to be a convenient one for the British establishment.

He died of tuberculosis soon after, depressed at the dire state of journalism and the devaluation of truth in post-war Britain.

Orwell always maintained that his anti-Stalinist reporting was to the benefit of the Left. As he recalled in 1946:

“Every line of serious work that I have written since 1936 has been written against totalitarianism and for democratic socialism.”

But he also wrote because he valued the truth, no matter its convenience.

It was an irony of the 2010s that ‘fake news’ became the war cry of a far-right plutocrat when, long ago, it was the socialist George Orwell who led the charge against media disinformation.

At a time when our news is, more than ever, beholden to media billionaires and plutocratic execs, we could do worse than remember Orwell and his sturdy commitment to the value of truth.