Can someone please go and hang this from the crane next to Trump's White House:

We have a whole 28 days to remember the history of the struggle for equal rights, and the amazing contributions of the LGBT+ community.

From Oscar Wilde, to Alan Turing, to Ellen DeGeneres.

What's the deal with February though? It's a bit of a drab month. Why not choose a more spring-y month where you might actually see a rainbow?


The Long road to Repeal

Anyway, the Scots (always ahead of the game) got rid of the legislation as soon as they got devolution.

LGBT History Month has been celebrated in the UK by the 'School's Out' campaign since 2005. Maybe the significance of February dates to that first repeal attempt in February 2000, or the second attempt in 2003.

The eagle-eyed among you might note the significance of a 28-day month recalling a certain Section 28.

We realised a while back that we needed an LGBT-themed tea towel design at Radical Tea Towel. We'd struggled to come up with something original that struck the right tone.

Then our designer Tim produced this: 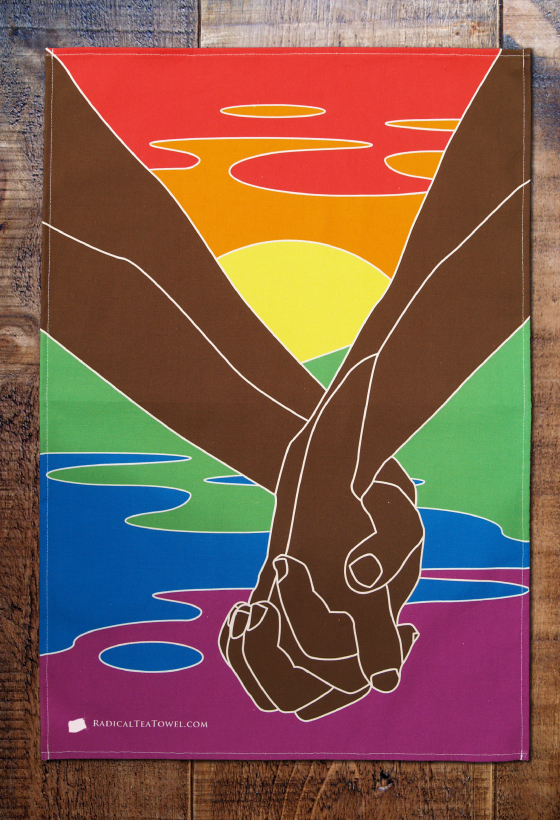 We hope it fits the bill! You can buy it here. Last year, we used some of the proceeds to give a donation to the Proud Trust (they support young LGBT+ people), as part of our annual charity giveaway initiative.

Stay tuned to the emails - we'll be asking you for your suggestions for this year's giveaway very soon.