The humble tea towel has had a far more extravagant history than you might believe. While some kind of drying instrument is likely to have been around since Roman times given knives and forks have barely changed since then, decorative tea towels as we know them today originated in 18th century England as absorbent towels used to dry fine household crockery.

Since then, the tea towel has lived through many moments in our radical history, from wars and the civil rights fight to the Suffragette movement and political change. Today tea towels assist us in the home but radicals and protestors have also used them as banners during demonstrations.

Tea towels are a staple item in your kitchen. Imagine what would happen if you tried to run your culinary escapades without them? No way of drying dishes or glasses, nothing to wipe kitchen surfaces with when they get wet, no chance of using tea towels to transport hot dishes.

There are a lot of ways tea towels help us, so it’s understandable that you might want to put time and even money into choosing a good set. Whether you want vintage tea towels or ones with modern designs, tea towels which match the colour scheme of your kitchen or tea towels with personality there is so much out there to choose from. 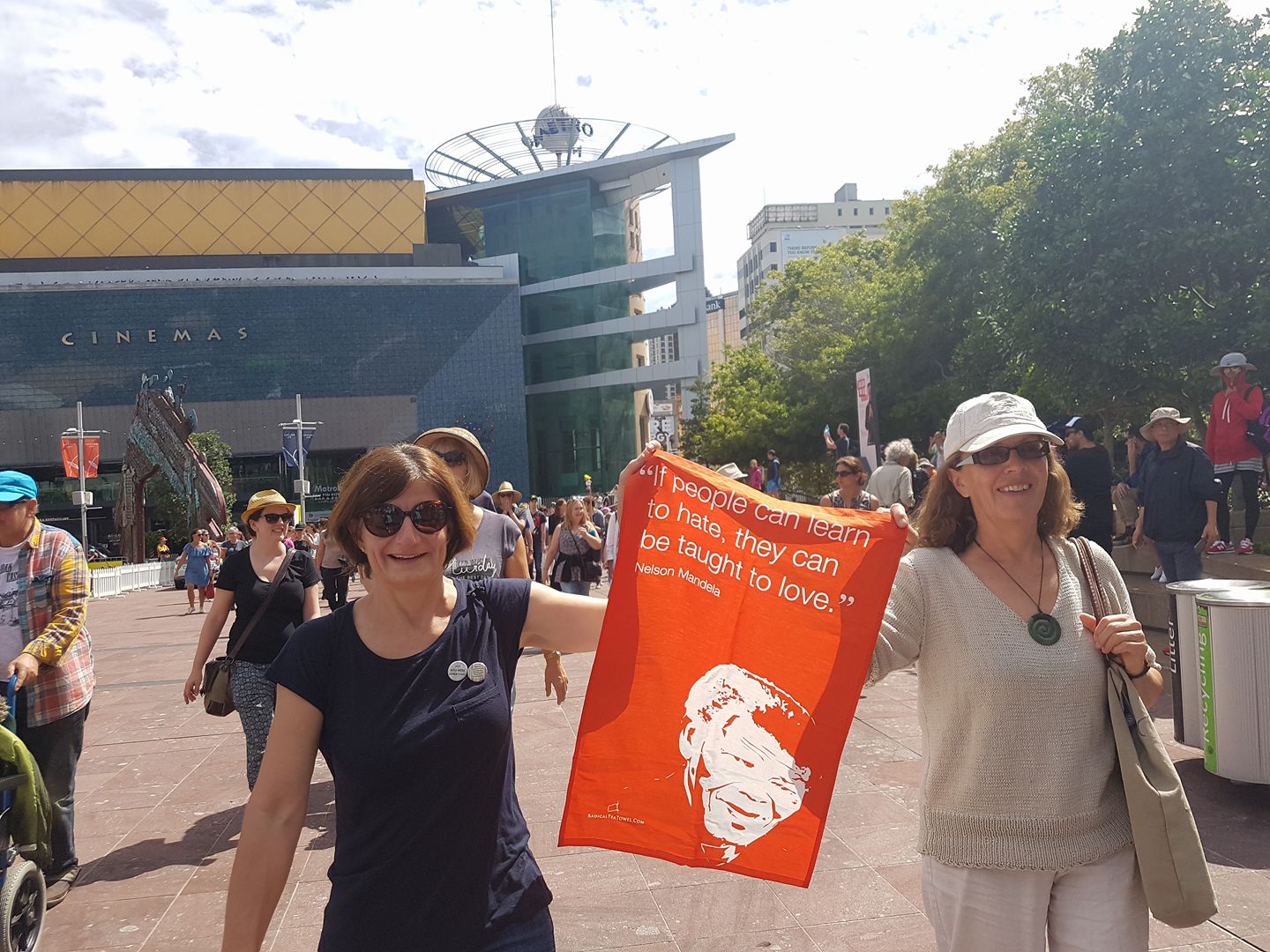 Yet the journey doesn’t end when you buy the tea towels. In fact, buying is really just the beginning of what could be a long, loving relationship, on the condition you look after your tea towels properly.

It’s important to know exactly how to wash your tea towels properly, and separately, how to keep them in good condition, so we’re bringing you all the advice you need on getting it right.


Why should you wash tea towels?

Not to gross you out, but tea towels can be a party destination for bacteria , including those which cause food poisoning, if not kept clean.

Tea towels which are left soggy or not washed often enough could make you ill if you start drying your hands or your dishes with them.

It’s especially important to wash tea towels if you have been handling raw meat while cooking.


How regularly should you wash them?

Experts recommend households wash their tea towels every day, unless they haven’t been used. As long as you have a good set of at least three or four, this shouldn’t be an issue.

Health-wise it’s important not to throw sopping tea towels into a laundry basket because they could develop mildew and bacteria, leading to them smelling and spreading this to your clothes. Wait for them to dry then put them in the laundry or, even better, wash them immediately.


Before you wash your tea towels

As pretty as they may look, new tea towels are not very absorbent because of the excess dye and oils left over from the manufacturing process.

To combat this, wash your lovely new tea towels with warm water before you first use them. You’ll be thanking us when they are less prone to sogginess!

There are couple of rules you should follow when doing this first wash. Unless you want your favourite white jeans to be stained with blobs of colour, avoid washing colourful tea towels with your other items in that first wash as the colours could run.

For an extra savvy tip, use diluted white vinegar in that first wash as this helps improve the absorbency of your tea towel even more. 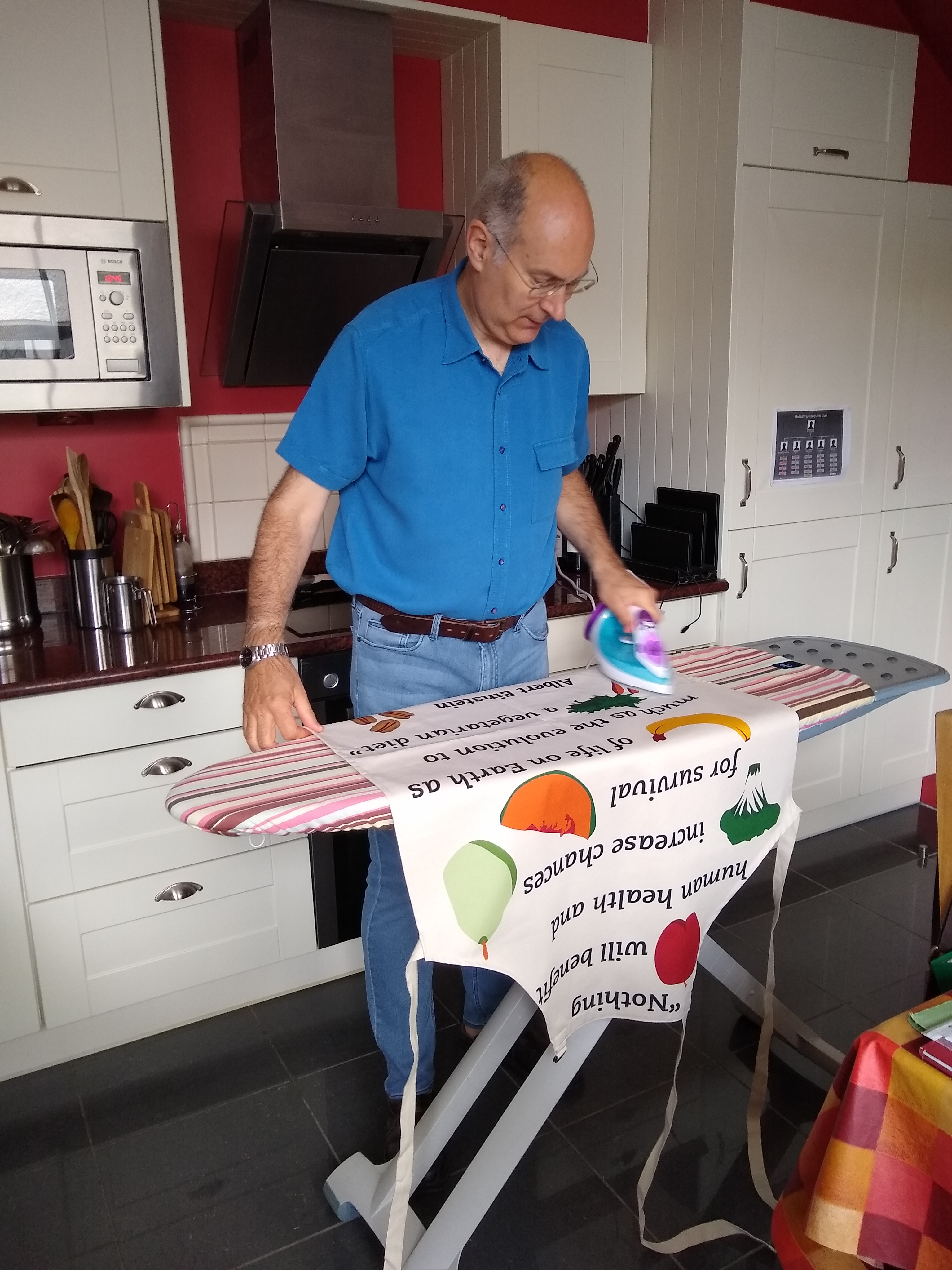 Above: Our resident designer Tim giving some love to one of our Einstein Aprons

How should I machine wash my tea towels

Your best bet, according to tests by the Consumers’ Association published in Which? magazine, is to use biological detergents. They clean in the same way as non-biological powders, just with added effects from enzymes which can break down protein, fats, and starches in food stains.

Do you sometimes find your tea towel still smells even after washing it? It’s a common problem, and if it happens to you, try adding white vinegar or baking soda to your wash as well as detergent. For the best results, pause your wash half way through, let it soak for as long as possible (preferably overnight), then restart the cycle.


Removing stains from my tea towels

Stains are annoying even if you expect them on something like a tea towel, which often wipes up the worst of spillages, including red wine.

Your normal detergent should actually work for the majority of stains, so you can continue washing your tea towels with your clothes in these cases. If you do have a particularly bad stain, like coffee, grease or Ketchup, you should treat your tea towel with a clothing stain remover before washing it as normal.


Why you shouldn’t use fabric conditioner

Unfortunately fabric conditioner can make your tea towels less absorbent by coating them in a layer of water-resistant oil so it’s best to only use detergent when washing them.

If you’ve already used fabric softener, don’t panic! Remove it in your next wash by adding baking soda to your washing powder and some vinegar to the conditioner section. 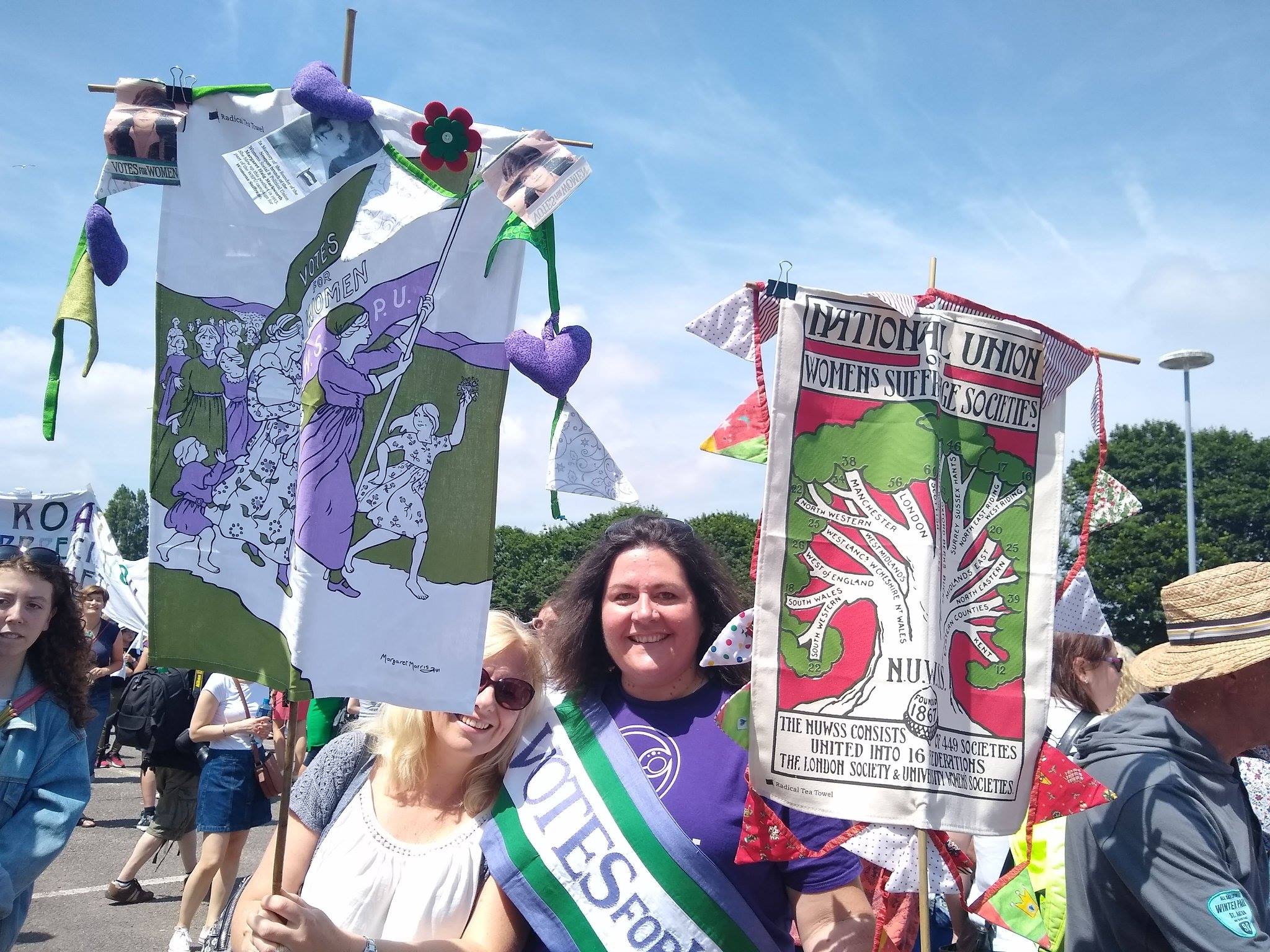 How to stop my tea towels from fading

In love with the design of your tea towel? Desperately trying to stop the colour from fading? It’s a sad reality that all colour in fabric fades eventually, but you can prevent it from happening too soon.To give your tea towel the best chance of having a long life, it’s worth avoiding buying cheap ones, which will fade fast. Instead, choose tea towels which use reactive inks, meaning there will be far less colour loss compared to the cheaper alternatives.

Then maximise your tea towel’s colour longevity by adding some salt and baking soda to your washes and white vinegar to the rinse cycle. Just make sure you don’t put vinegar in the same cycle as the washing powder or baking soda as they will neutralise each other and not work.

For optimum protection, always use laundry products like Ecover, as these don’t contain colour-fading ingredients like oxygen bleach or optical brighteners, the latter of which is bad for your skin and the environment.


Drying and ironing my tea towels

Drying your tea towels on a line or clothes horse is much better for them than a tumble dryer. Just make sure you face the printed side away from the sun, as the light will cause fading.

Ideally you should steam iron your towels while they are still damp and ensure you iron them on the reverse.

You’re nearly there! You’ve shown your tea towels so much love up until this point, so take the one, final step and fold them up neatly before storing them in a drawer.

Try to get into the habit of hanging your tea towels up in between uses on a cupboard or the radiator, so they don’t lie in a crumpled heap allowing bacteria to build up.

Now you’re an extremely smug tea towel owner, as you should be, why not consider the condition of your current tea towels? Is it time for a change? Why not explore where you can buy new tea towels to brighten your kitchen and test your newfound knowledge? You now have the chance to inject your personality and interests into the tea towels you display in your kitchen with these incredible range of radical tea towels .