A long line of radical beards

I have a beard.

It’s nothing too showy but it’s far more than just stubble, and I like it.

Next to some of the great radicals of the 19th century, however, it is a humble, humble thing.

Attending his first meeting of the socialist Fabian Society, the clean-shaven (and later Prime Minister) Clement Attlee jokingly asked his brother "Do we have to grow a beard to join this show?"

And it's impossible to forget Karl Marx here, owner of one of the most famous beards in history.

But maybe we might not immediately think of Charles Darwin, whose book On the Origin of Species was published today back in 1859. 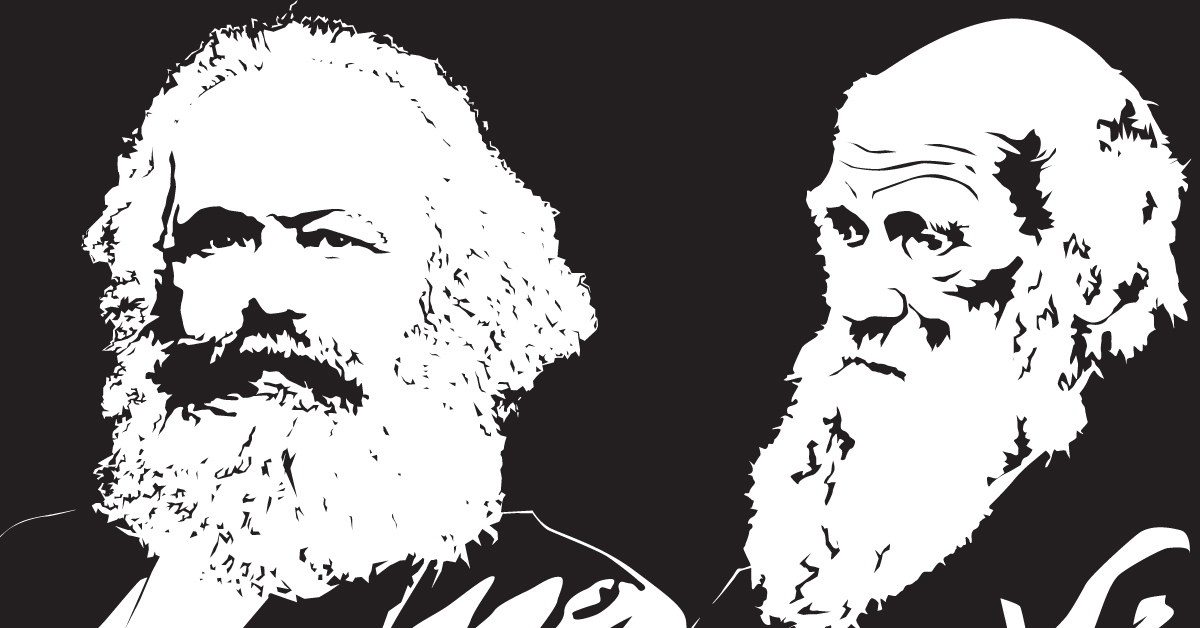 A less obvious figure in our line of bearded radicals, largely because we might not think of Darwin as a 'radical' at all.

But it would be wrong to think all Darwin shared with Marx was a Santa-like visage.

Both men travelled the world. Marx, fleeing the secret police of various states, dodged across 19th century Europe from Germany to France to Belgium to England.

And though their fields of study may seem lightyears apart, both men developed theories which rocked the 19th century world.

Through his many works, Marx stressed the importance of the struggle between classes in the development of human history.

In The Origin of Species, Darwin demonstrated that all animals – including humans – are not biologically static but evolve. The natural world wasn't unchanged since Genesis.

(In 1872, these two theoretical achievements actually crossed paths when Darwin received a copy of Das Kapital, inscribed "on the part of your sincere admirer, Karl Marx"!)

As with all theories, both have been abused by shady characters.

Marx's was used by the likes of Stalin to mask brutality with the language of class emancipation.

Darwin's ideas were distorted by Hitler and his gangsters to justify their monstrous racism in Germany.

But at its best, the work of Darwin and Marx turned the 19th century on its head.

Before them, rich industrialists had taken the fruit of our ancestors' labour and then explained their privilege in terms of merit and divine order. "Give unto Caesar what is Caesar's."

But after Darwin and Marx, the world began to look very different to people. It became clearer that the rich were rich through exploitation of the poor, and that religious authority did not necessarily equal truth.

Darwin and Marx gave us a new confidence for critical thinking and the ability to see the world as it is rather than as we're told it is by the powerful.

As Marx wrote of Darwin, this was "epoch-making work."

I guess neither of them was just a pretty beard.