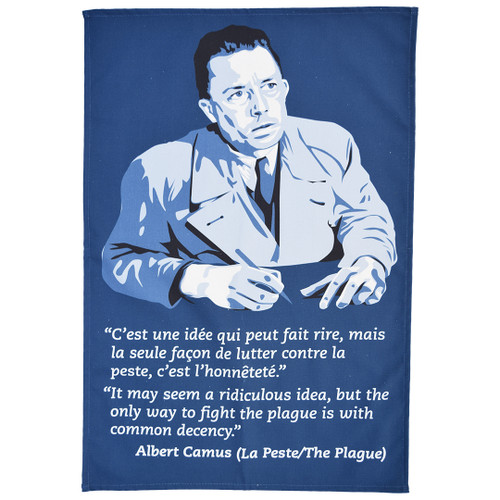 These words are from Albert Camus's famous novel La Peste (The Plague) published in 1947, which tells the story of a plague sweeping the French Algerian city of Oran, from the point of view of an unknown narrator. The novel, which can be read as an allegory of the struggle against Nazism, is considered an existentialist classic and stresses the powerlessness of the individual characters to affect their destinies, the very stuff of absurdism.

The central character, Dr Rieux works to combat the plague simply because he is a doctor and his job is to relieve human suffering. He does not do it for any grand, religious purpose, or as part of a high-minded moral code. He is a practical man; for him decency means doing his job without any fuss, but he knows that the struggle against death is something that he can never win.

Dr Rieux's words strike a chord more than ever today as we all struggle with the realities of life under lockdown, as NHS workers, carers and other key groups put their lives at risk to keep us all safe and we try to do the right thing by our families and fellow human beings.