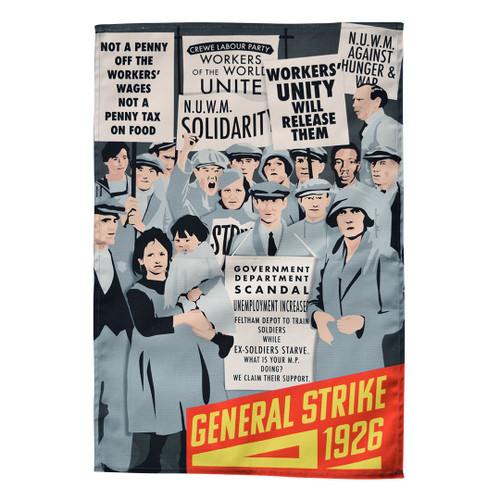 Strikes became increasingly common with the Industrial Revolution in the 19th century. The liberalisation of society brought greater rights for common people at the same time as laissez-faire economics depressed their working conditions. Workers were concentrated in industrial towns and could organise themselves relatively easily. They used one of the few powers they had, the withdrawal of their labour, to press for better conditions.

But the General Strike of 1926 was the first countrywide strike in British history, and was called by the Trades Union Congress in view of worsening conditions in the mining industry. It lasted nine days, and was sadly unsuccessful in achieving improvements in pay and conditions. In fact it redefined the government’s attitude towards industrial action, and heralded a new era of anti-strike legislation. The following year, the Government passed the ‘Trade Disputes and Trade Union Act’ which made sympathetic strikes illegal, ensured union members had to agree to ‘contract into’ the political levy to the Labour Party, and banned Civil Service unions from affiliating to the TUC.