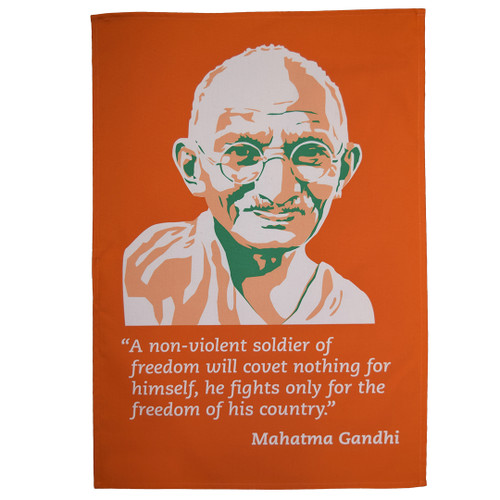 ‘A non-violent soldier of freedom will covet nothing for himself, he fights only for the freedom of his country.’

This inspirational quote comes from Mahatma Gandhi's Quit India speech of 8th August 1942, during which he launched a movement calling for the departure of the British from India. The very next day Gandhi, Nehru and many other leaders of the Indian National Congress, were arrested by the British Government, prompting mass demonstrations throughout India. Thousands were killed and injured in the wake of the movement until the unrest was suppressed and more than 100,000 people were imprisoned. Despite the successful suppression however, the sentiment stayed strong: the Quit India movement had united Indians against colonial rule, and upon Gandhi’s release in 1944, he continued promoting non-violent resistance, going on a 21-day fast. By the end of the Second World War in 1945, the world stage had changed dramatically and the demand for independence could no longer be ignored. This tea towel celebrates Gandhi’s role as a political and ideological leader of India during the independence uprising, and his influence on movements for civil rights and freedom across the world.