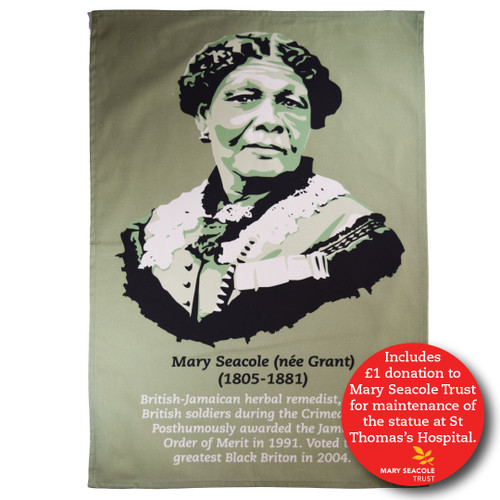 Everybody has heard of Florence Nightingale, but Britain can lay claim to another perhaps more remarkable volunteer carer behind the lines in the Crimean War. Mary Jane Seacole (née Grant) (1805-1881) established what she called the "British Hotel" where she cared for wounded servicemen. Seacole was from Jamaica, then part of the British Empire, and of mixed African and British parentage. She was refused permission by the War Office to help those wounded on the battlefield, so made her way to Crimea independently and operated separately from the nursing contingent. When she faced destitution after the war, servicemen raised money for her. Her autobiography, Wonderful Adventures of Mrs Seacole in Many Lands, is one of the earliest autobiographies by a mixed-race woman. She was largely forgotten after her death until she was awarded the Jamaican Order of Merit in 1991 and in 2004 she was voted the greatest black Briton. A statue of her was unveiled outside St Thomas's Hospital in London in 2016.