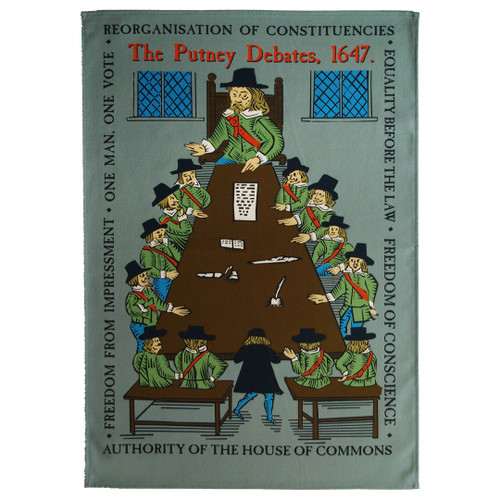 On 28th October 1647, a small church in Putney became the home for the first debates about the nature of democracy in England. It was the first known discussion of democracy in Europe since the ancient Greeks. England had been in a civil war for five years following King Charles I's refusal to accept the demands for restrictions to his powers by Parliament. Now, Oliver Cromwell's New Model Army made its headquarters in Putney, south London, with members holding a series of debates to discuss their grievances. They aimed to draw up a new constitution for Britain, the type of the society that they wanted to see emerge from the civil war. Radicals in the debates called for ‘one man, one vote’, the authority of the House of Commons over the King and Lords, biennial parliaments and the reorganisation of constituencies. They declared sacrosanct for all Englishmen ‘freedom of conscience’ ‘freedom from impressment into the armed forces’, and ‘equality before the law.’ All these speeches were taken down and written up later, making them a remarkable source to understand 17th century England a little better. This tea towel is based on contemporary woodcut illustrations of the debates.

Come on, there’s no debating whether you should get this historical gift!